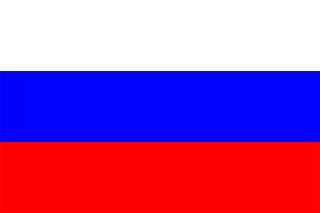 The Russian Federation flag was officially adopted on August 22, 1991.

The flag was hoisted shortly after the former Soviet Union USSR collapsed.

The white, red and blue are both Pan-Slavic colors, and the original colors of the Netherland's flag. 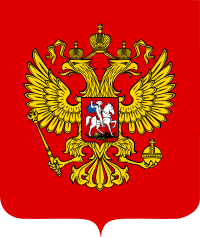 The Russian coat of arms was restored in 1993 after the constitutional crisis, and its current design can be traced back to medieval times.

The coat of arms is composed of a two-headed eagle against a shield of red. The orb and scepter in the talons of the eagle symbolize sovereign power and authority, while the imperial crowns resting on the heads stand for unity.