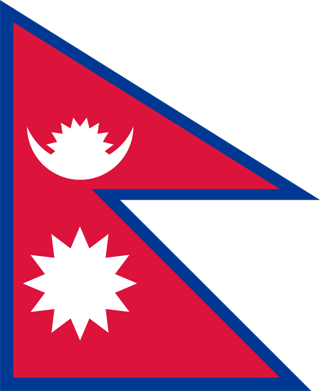 The Nepal flag was officially adopted on December 16, 1962, and it's the only national flag that's not a rectangle or square.

The blue border symbolizes peace, while red is the color of the rhododendron, Nepal's official flower.

The crescent moon is said to represent the royal house, while the sun represents the Rana family. 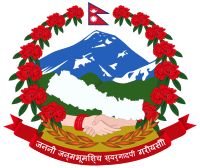 It is composed of a garland of rhododendrons encompassing Mount Everest and the hands of a male and female (to symbolize gender equality).

The red scroll making up the base reads: "The mother and the motherland are greater than heaven," in Sanskrit.