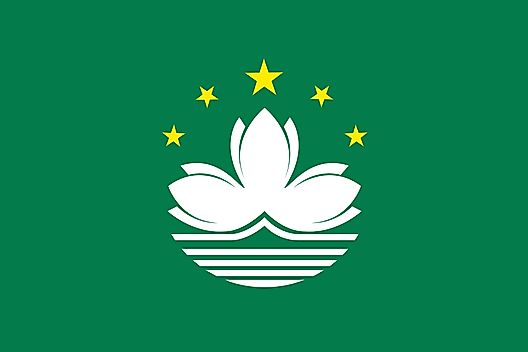 Macau (or Macao) is about 37 miles (60 km) directly west of Hong Kong, and consists of the Macau Peninsula (attached to mainland China) and the small islands of Taipa and Coloane - all connected by bridge or causeway. 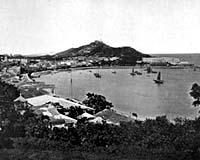 Once a simple fishing village on the southeastern China coastline, it was colonized by the Portuguese in the 16th century. It then developed into the first European settlement in the Far East.

Because of its geographic position and inland port, it quickly became a vital base for regional merchants, and for international commerce between China and the western world.

Initially, the Portuguese were only granted the right to anchor ships in Macau's harbors to carry out their trading activities; however, as time went on they obtained permission to erect storage sheds. The storage sheds led to more rudimentary stone houses, and by the mid-1500s the Portuguese began paying an annual rent for their permanent settlement (and continued to make payments until 1863).

As more Portuguese settlers flocked to Macau, they began demanding self-administration. In 1583, they were permitted to establish a senate to manage various issues concerning their social and economic affairs under strict supervision of the Chinese authority.

In the summer of 1622 Macau was attacked by Dutch forces intent on turning the region into a possession of their own, but were thwarted by the Portuguese settlers. 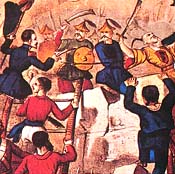 Then, following the Opium War in 1842, Macau became an official territory under Portuguese rule.

During World War II, Japan respected the Portuguese neutrality pact in Macau, and the region prospered as the only neutral port in South China. However, after Japanese troops seized a British steamer in Macau (killing about 20 guards) they demanded a group of their own "advisors" be placed within Macau's borders, and created a Japanese protectorate of Macau lasting until 1945.

As the People's Republic of China formed in 1949, the Beijing government affirmed that the treaty declaring Portugal rule of Macau was an "unequal treaty." Not ready to settle the matter at hand, the issue laid dormant until riots broke out in Macau in 1966.

A general dissatisfaction with the Portuguese government fell over Macau, influenced by the Cultural Revolution in China. In 1974, the Portuguese dictatorship was overthrown in Lisbon, and after the new government had been established it was declared that Macau become a Chinese territory "under Portuguese administration."

The 'Joint Declaration on the Question of Macau' was signed in 1987, setting the stage for Macau to be placed completely within China's jurisdiction on December 20, 1999.

Iin December of 1999, Portugal officially returned control of Macau to China, and it became a Special Administrative Region (or SAR) of China.

In the exchange, China agreed that until 2049, Macau (as is), will enjoy a high degree of autonomy in all matters, except foreign and defense. 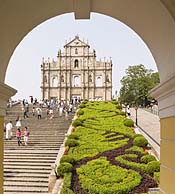 In the middle of the skyscrapers and its modernized front, sits the Historic Center of Macau, a UNESCO World Heritage Site that incorporates numerous historic buildings and churches, fortresses, monuments, an ancient palace, and friendly urban squares.

Macau has grown explosively over the past decade and continues to expand rapidly as some of the world's largest casino operators have established a strong presence along with entertainment, concerts, industry trade shows and international art exhibitions.

According to The World Factbook, Macau has the second highest life expectancy in the world.