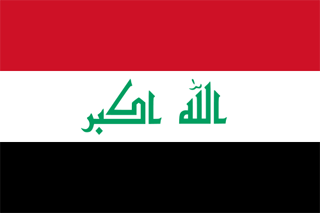 In 2008, the current flag of Iraq was adopted as an interim measure until a permanent solution to the flag issue is found. The centered phrase in green Arabic script reads.... ALLAHU AKBAR (God is Great). 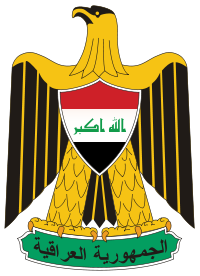 Iraq's coat of arms is a black and golden eagle bearing a shield depicting the Iraqi flag. The scroll below the eagle reads, "al-Jumhuriya al-`Iraqiya" ("The Iraqi Republic.")