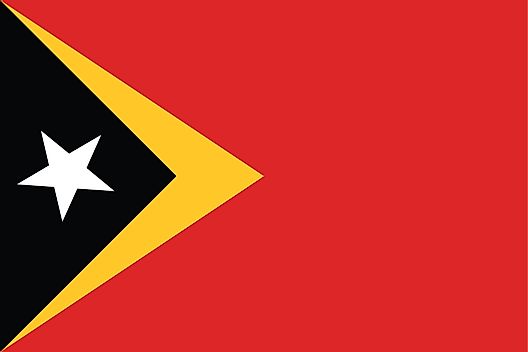 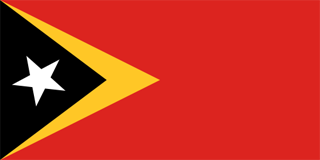 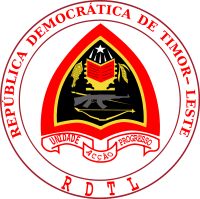 East Timor's coat of arms was introduced in 2007, and is derived from the first design used by the country in 1975.

The country's motto "Unidade, Accao, Progresso" ("Unity, Action, Progress") is depicted in Portuguese below the shield, and the name of the country makes up the outer border.