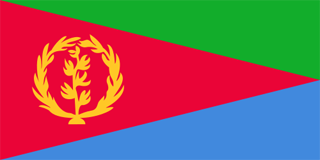 The green, blue and red are the official colors of the Eritrean People's Liberation Front (EPLF). The olive branch within the red triangle is circled by a wreath, and collectively they represent the country's autonomy. 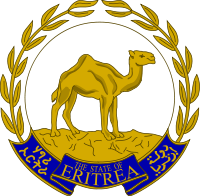 The emblem of Eritrea is composed of a camel surrounded by a laurel wreath. To the Eritrean peoples, the camel is a symbol of success during the movement towards independence.