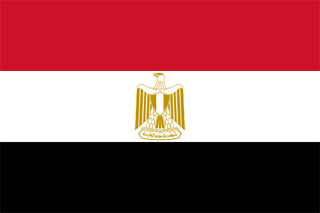 The flag of Egypt was officially adopted on October 4, 1984.

The red, white and black are Pan-African colors, while the centered gold eagle is said to represent the Eagle of Saladin. 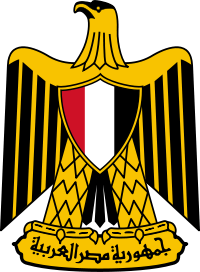 Egypt's coat of arms is the Eagle of Saladin holding onto a golden scroll of which bears the name of the country in Arabic script.

The Egyptian People - Cultures of the World