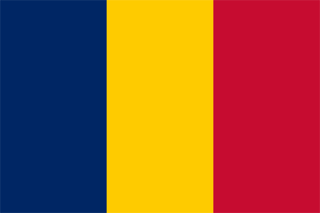 The flag of Chad was officially adopted on November 6, 1959, and it combines two colors from the

Blue represents the sky, hope and agricultural strength of the southern part of the country. Yellow is representative of the country's northern desert and the sun. Red represents prosperity, unity and the blood shed for independence. 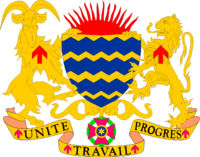 Chad's coat of arms is composed of a centered shield supported by a goat and lion. A sun rises above the shield, and a medal and scroll bearing the national motto are displayed below.