It's no secret air pollution has a negative impact on health and the environment.

While both yellow-brown and hazy in nature, there is a difference between industrial smog (which exists largely in urban areas with factories burning fossil fuels like coal, and creating smoke and sulfur dioxide), and photochemical smog.

Formation And Composition Of Photochemical Smog

Photochemical smog occurs in sunny, dry areas and forms from the use of all fossil fuels, including gasoline, burning trees, and processing organic waste. When combined with sunlight, these pollutants and volatile organic compounds (VOCs) become harmful to human health, causing damage to lung tissue and hearts, as well as increased instances and flare-ups of asthma and bronchial infections.

The primary pollutants in photochemical smog are nitrogen oxides - like car exhaust, coal power plants, or factory emissions - and VOCs - compounds released from burning fuels or consumer products like cigarettes, paints, and cleaning solvents that easily become vapors or gases. When these compounds interact with sunlight, they form airborne particles and ground-level ozone, commonly known as smog. 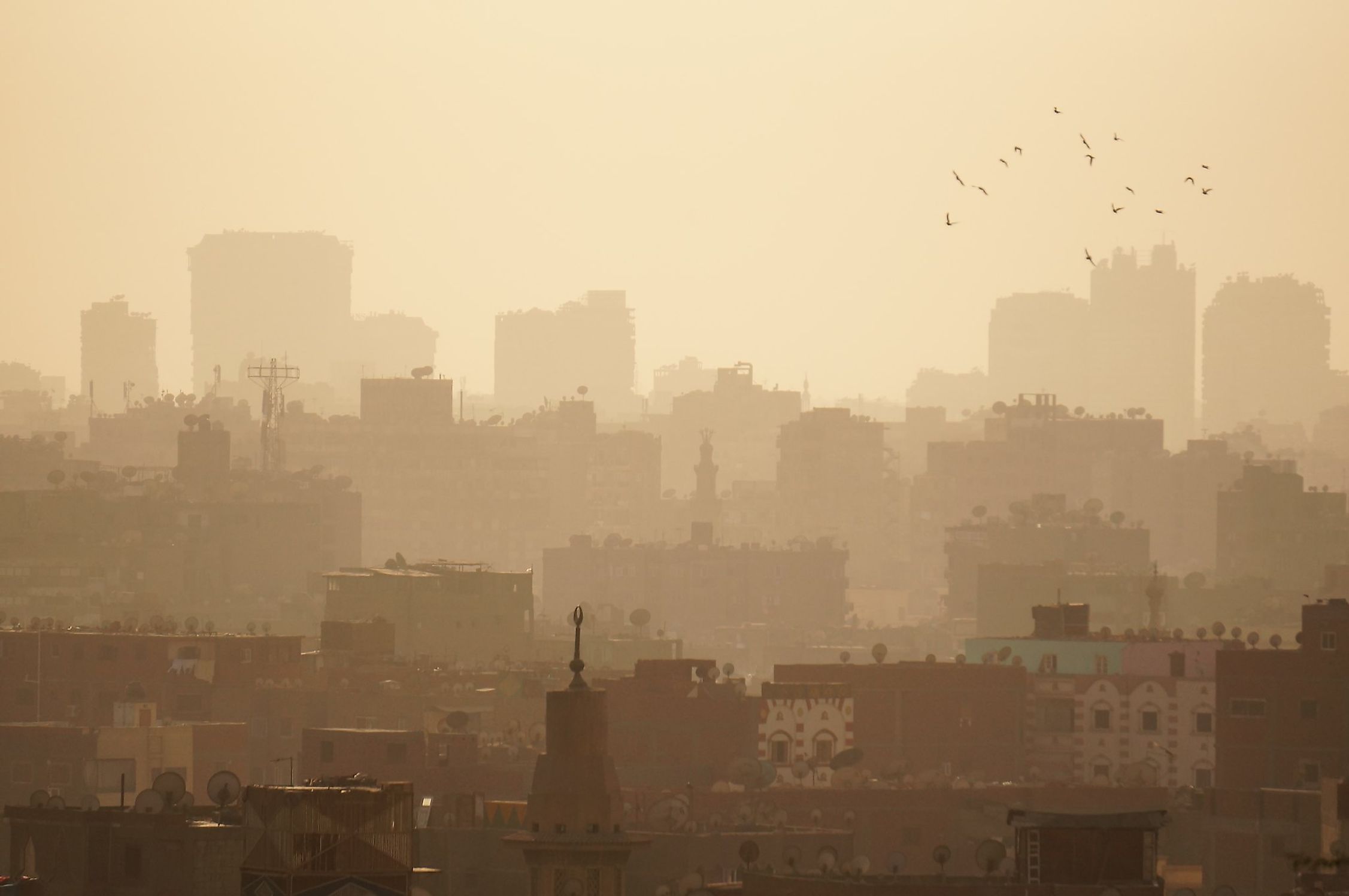 There are two dominant toxins produced in photochemical smog: ozone and peroxyacetyl nitrate. When nitrogen dioxide interacts with VOCs, it is prevented from consuming ozone, leading to harmful levels of ozone at ground level. Thus, a secondary pollutant is born. As a layer of the atmosphere, ozone protects Earth from harmful ulatraviolet rays, but when it is found nearer the ground, ozone becomes dangerous.

As it relies on ultraviolet rays from the sun to be produced, hotter and sunnier days in high-density cities result in more photochemical smog. It is most prevalent on a regular basis in larger cities such as Los Angeles, Mexico City, Beijing, and Sydney, Australia. However, as more densely-populated cities continue to expand worldwide, issues with photochemical smog are expected to rise.

It is known to cause many human health issues such as lung tissue damage, and it can negatively impact immune systems. It is not uncommon for breathing problems, burning or itchy eyes, or skin irritations to be documented among those who live and work in areas with heavy photochemical pollution.

Even short-term exposure to photochemical smog can take its toll, particularly on the very young and the elderly, as well as those with pre-existing respiratory disease. Breathing concerns and reduced lung function can be painful and symptoms more noticeable while working or exercising outdoors where exposure to smog is unavoidable. The smog can also increase sensitivity to allergens, which can trigger asthma attacks.

In addition, photochemical smog can kill plants and has a devastating effect on the environment. Some crops, such as tomatoes, tobacco, and spinach, as well as trees, are sensitive to the chemical makeup of the smog. It is common to witness stunted growth, as well as leaves turning silver or bronze on their underside, which leads ultimately to cells collapsing and necrosis, a general degeneration of cells and tissues leading to death.

How To Avoid Photochemical Smog?

There are a few steps residents of warm, dry places can take to help reduce the effects of photochemical smog. For instance, driving less frequently and instead opting for public transit, walking, cycling, or carpooling helps reduce the primary pollutants in the air; maintaining vehicles with regular oil changes and inflating tires fully to improve gas mileage and reduce emissions; using low VOC paints and cleaners; avoiding gas-powered lawn maintenance equipment and choosing electric lawn mowers or weed trimmers. Even small steps, such as tightly sealing lids of chemical products for the garden, as well as cleaners and solvents, can minimize evaporation of pollutants into the air.

Those who live in areas where photochemical smog is present are typically advised to plan outdoor activities and exercise for early mornings or evenings, when the pollution is less concentrated.

This page was last updated on February 25, 2020.
By Krista Conrad