For such tiny insects, termites wreak massive havoc on wood structures, leaving a trail of destruction in their wake. According to pest control companies, U.S. residents spend about five billion dollars each year on termite control and damage caused by the insects.

Termites cause damage by feeding on cellulose, which forms the plant cell's main component. For people who have never seen termites, identifying the little critters can prove challenging. You are more likely to spot the damage caused by termites than to detect the termites themselves. That begs the question, what do termites look like?

Termites often measure between an eighth of an inch to an inch. These insects are about the same size as ants and always move in armies. Termites have soft bodies that appear white or brown. Also, they have a pair of straight antennae. Their age and their species determine their color. 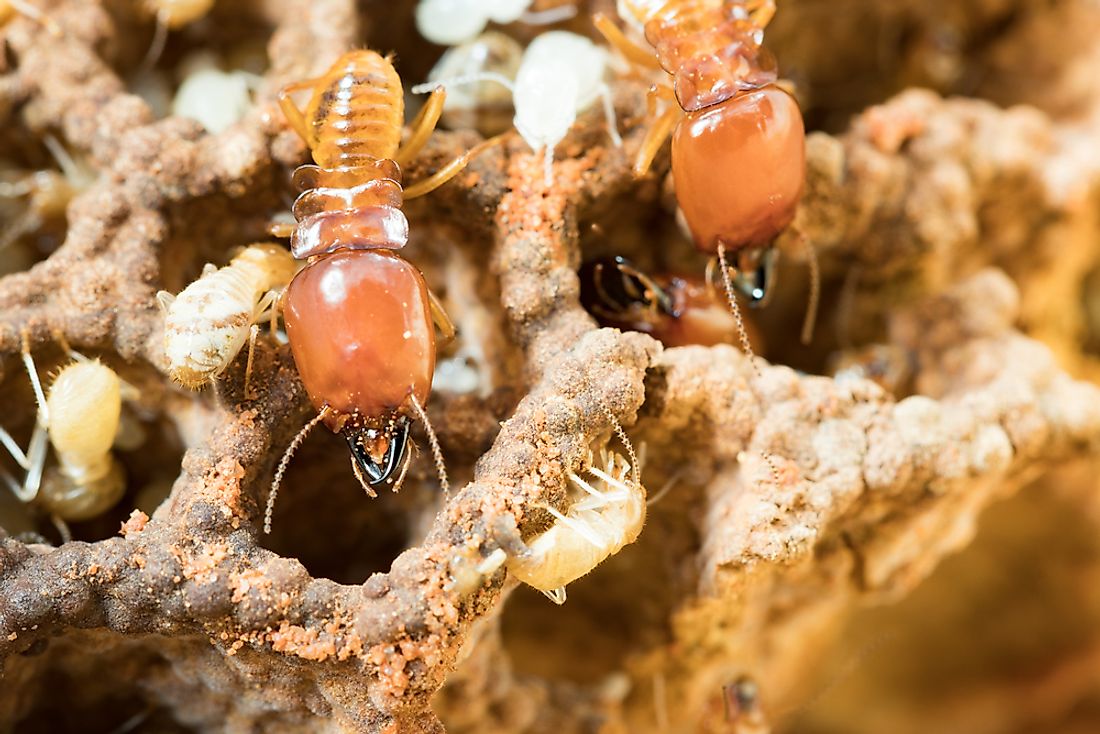 There are an estimated 2,000 species of termites. In the U.S., Subterranean termites wreak the most havoc on most homes, and they live in colonies underground or in damp areas above ground. Another type is the Formosan termites, which are the most aggressive and hard to control. Damp wood termites inhabit high moisture areas and are larger than other termite species. Dry wood termites, as their name suggests, infest dry wood and do not require soil contact as they inhabit wooden wall materials and wooden roofing.

Termites have three developmental stages, namely the egg, larvae, and adult. The termite egg is white or light brown and is see-through. The eggs then hatch, forming larvae that molt several times, eventually developing into adults. Upon molting, the larvae may differentiate into soldiers, reproductives, or workers. Soldiers serve to protect the colony from predatory enemies and tend to be wingless and eyeless. Reproductives include the king and the queen as well as other termites that have the ability to mate. The workers make up the largest number of the colony and are what you typically see when you break open the nest.

How To Tell Termites and Ants Apart 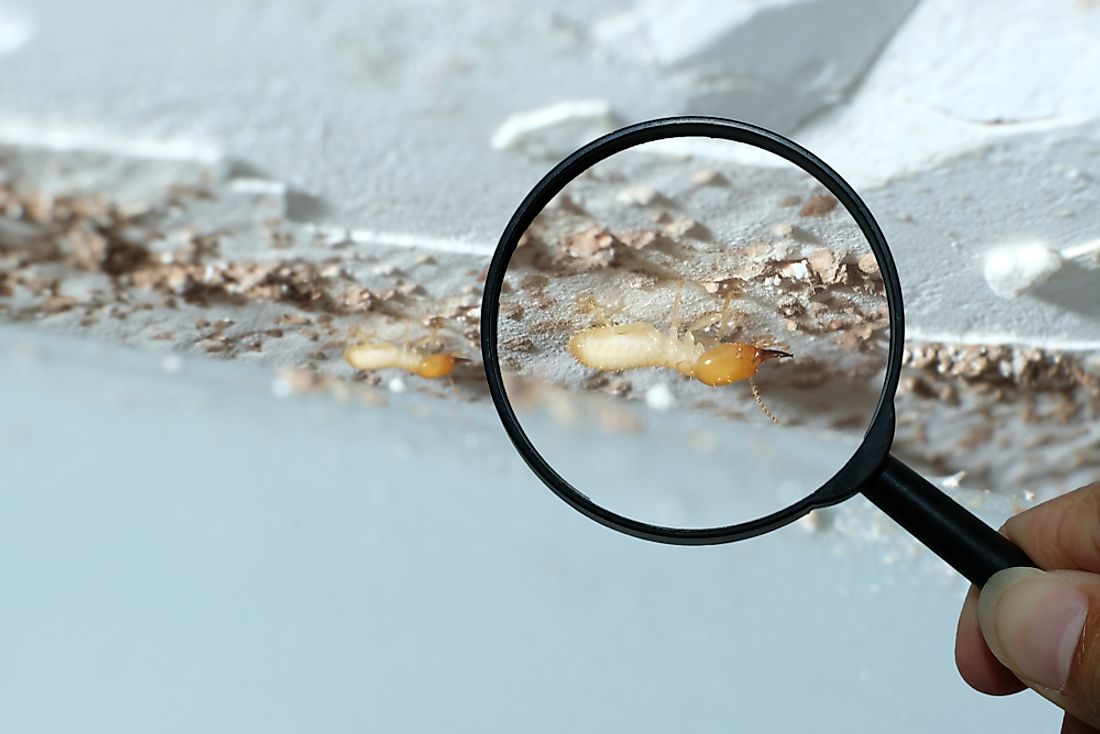 It may not be easy to immediately tell termites and ants apart, particularly when dealing with the winged types. However, termites have two sets of wings that are the same size, while ants have two sets of wings that vary in length. Another difference comes in their waists and antennae. Termites have straight waists, whereas ants have a sort of hourglass-shaped waist. When it comes to their antennae, termites have straight antennae while ants have bent antennae. Looking closely, you should be able to identify which of the two bugs you’re dealing with.

Even without professional consultation, the average homeowner can identify some traces of termite damage. The most common sign is the presence of mud tubes that provide a route for the termites to access food. Also, if you come across bubbling paint or softwood that sounds hollow, then you're likely facing a termite problem. Little piles of feces resembling sawdust and discarded wings near doors and windows are another red flag.

Termites often measure between an eighth of an inch to an inch. These insects are about the same size as ants and always move in armies. Termites have soft bodies that appear white or brown. Also, they have a pair of straight antennae. Their age and their species determine their color.

This page was last updated on February 17, 2020.
By Danielle Reed