Mist forms when the warm, moist air suddenly cools because of cold temperatures. Consequently, water droplets hang in the atmosphere hindering vision. Mists hinder vision within a distance of less than or equal to one kilometer. It occurs naturally due to natural weather conditions and rapidly disappears because it is less dense than fog. However, in some unique scenarios, mist can be caused artificially. An example of such an instance is the mist created by an aerosol canister. 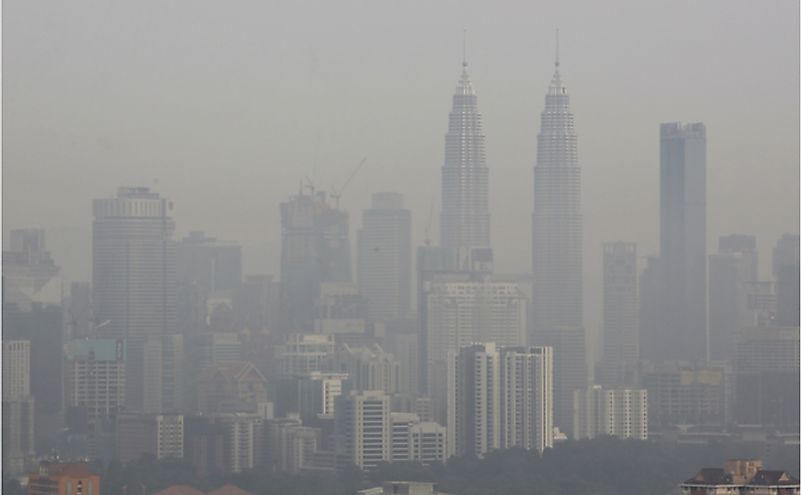 Haze is a suspension of small, dry particles in the air. These particles are too small to be seen or felt but diminish visibility. It forms through the reflection of sunlight off air pollutants that gather away from the source of air pollution. Naturally occurring haze includes smoke from fires, dust, and visibility-reducing aerosols like sulfur dioxide gases that are emitted through combustion. Most of the pollutants that cause haze are often human-made. 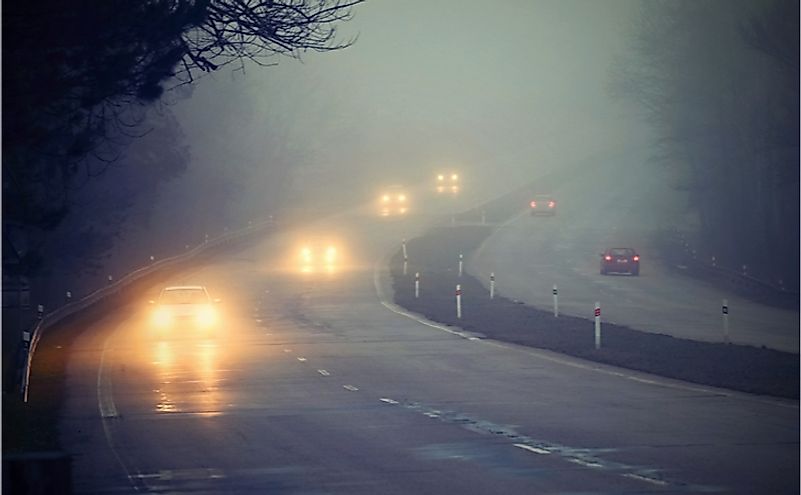 There are different kinds of fogs. Some types are formed by the cooling of air while others are as a result of evaporation. The radiation fog forms when there are no winds and it is generally cold. It occurs during early winter mornings. On the other hand, the valley fog takes place in a valley and may last several days because of its unique geographical terrain. Upslope fogs appear on hillsides and mountainous regions while coastal fogs take place along the coast. The evaporation fog forms over water bodies that are overlain by colder air whereas the advection fog occurs when moist air passes over cool surface leading to a cooling effect. Other types of fogs include freezing fogs, hail fogs, frontal fogs, and ice fog.

The formation of fog starts with the difference between the air temperature and the dew point being less than 4.5 degrees Fahrenheit. Besides, the other condition is that the relative humidity is normally 100%. Water vapor condenses to the tiny liquid that hangs in the air. Normally, fogs result in light showers in the form of drizzles or light snow.

Similarities Between Mist, Haze, And Fog

The first similarity is that mist, haze, and fog all lead to reduced visibility for pedestrians and drivers on the roads. Secondly, all the three weather conditions hinder clear vision for some time before they finally disappear.

Differences Between Mist, Haze, and Fog

The first difference is that the fog normally lasts longer than haze and mist. Secondly, while haze is directly related to air pollution, mists and fogs are related to the moisture content in the air. Thirdly, the suspension of the mist is typically at a ground level whereas fogs and haze appear higher above the ground. Fourthly, while the visibility of a person is limited to less than 1 km in a fog, mist usually allows one to see beyond 1 km.

This page was last updated on October 23, 2019.
By Sharon Omondi