Whale watching is a favorite past time of many people around the world. The thrill of going out in the water on a boat in an attempt to catch a glimpse of a whale breaching keeps people going out and searching for new whale watching spots every year. Some individuals even choose to jump in the water for an up close and personal experience with whales. For anyone interested in taking part in this activity, this article takes a look at some of the top whale watching locations in the world.

Iceland is fast becoming a popular tourist destination with adventurous travelers looking for something outside of the norm. In addition to its beautiful and pristine landscapes, this country also offers one of the top whale watching experiences in the world. Iceland is located in the North Atlantic Ocean, which is an active feeding ground for a number of marine species. The typical whale species found around this country include: humpback whales, sperm whales, blue whales, and minke whales. The majority of the whale watching tours depart from the city of Husavik, although the capital Reykjavik also offers a few tours each year.

Vancouver Island in Canada is located near the San Juan Islands of the US state of Washington in the Pacific Ocean and both places are excellent whale watching locations. Between April and September, a significant number of Chinook salmon come to this area as they make their way back to the freshwater rivers where they were born. The sudden increase in the salmon population makes this area a prime feeding ground for a number of marine species, particularly orcas. Orcas, although technically a dolphin species, are also known as killer whales. The waters surrounding these islands are home to several permanent orca populations and also provide the best place in North America for viewing these animals. Additionally, tens of thousands of grey whales migrate through this area during the spring season. Other whale species that may be spotted here are the humpback whale and the minke whale. 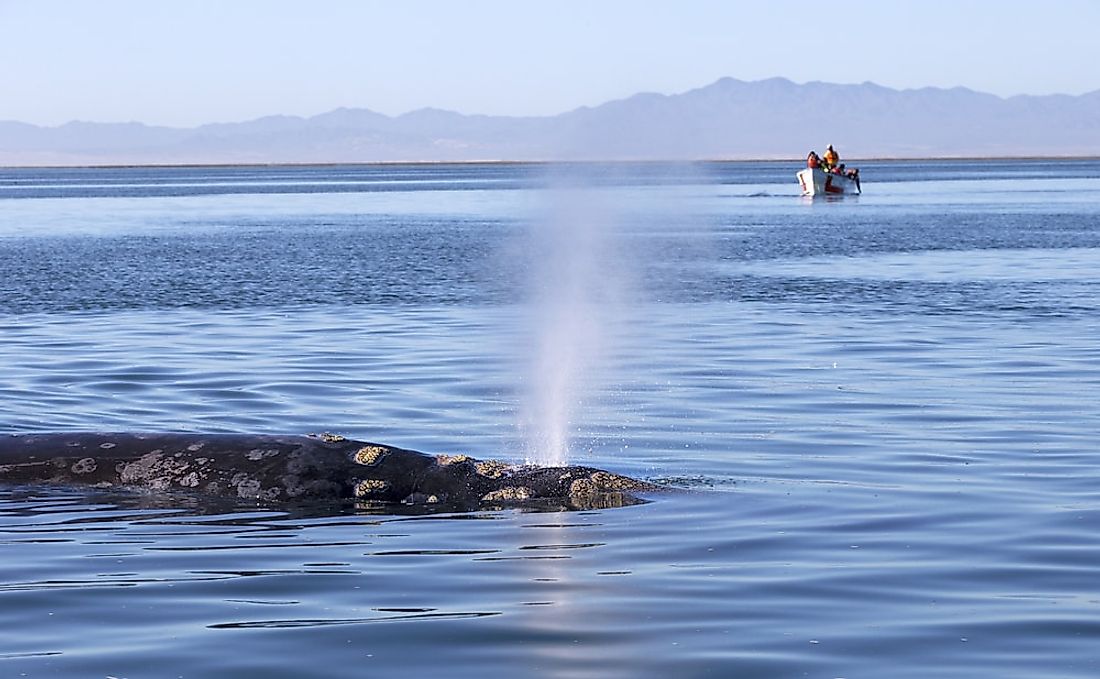 Baja California is a peninsula off the western coast of Mexico and just south of the US state of California. Its exact position means that this peninsula is surrounded by relatively calm waters. The waters between the east coast of Baja California and the west coast of mainland Mexico are known as the Sea of Cortez, which hosts a number of important food sources for a variety of whale species. These calm waters and abundance of food are characteristics that grey whales in particular find attractive. Additionally, this peninsula is home to an ecologically important lagoon, known as San Ignacio. This lagoon is particularly significant to the grey whale population and serves as both a mating ground and location to give birth. Other areas around this peninsula host this species between January and April, while they eat and conserve energy before beginning the long northward migration. Around mid-April, the grey whales from this area begin their journey of over 10,000 miles towards the US state of Alaska. Whale watchers in this area have reported that the grey whale has come right up to the side of their small boats out of sheer curiosity. Baja California is also known as a great place for catching a glimpse of white whales, Bryde’s whales, fin whales, sperm whales, and humpback whales.

Between January and April, whale watchers have an excellent chance of seeing blue whales off the coast of Sri Lanka. In fact, because the southern end of this country is in close proximity to the deepest waters off the edge of the continental shelf, blue whales are known to come incredibly close to land. Some individuals claim that these whales come closer to Sri Lanka than to any other country in the world. whale watching tours in Sri Lanka also give tourists the opportunity to see many other marine species, such as: fin whales, Risso’s whales, spinner dolphins, sea turtles, bluefin tuna, blue whales, and orcas. Between November and April, the ocean surrounding Sri Lanks is warmer and calmer than during the rest of the year, which makes for the perfect time to go on a whale watching tour.

The Azores archipelago, an autonomous region of Portugal, is located in the northern Atlantic Ocean. It is considered an excellent place to go whale watching because of the diverse number of whale species that populate the area. Some of the whales that can be seen in the Azores include: blue whales, sei whales, bearded whales, sperm whales, short-finned pilot whales, and humpback whales. This area is also home to orcas, a dolphin species often referred to as killer whales. Here, whale watching tours focused on sperm whales are offered all year. Between March and June, tours also focus on the opportunity to see the blue, sei, and fin whales. 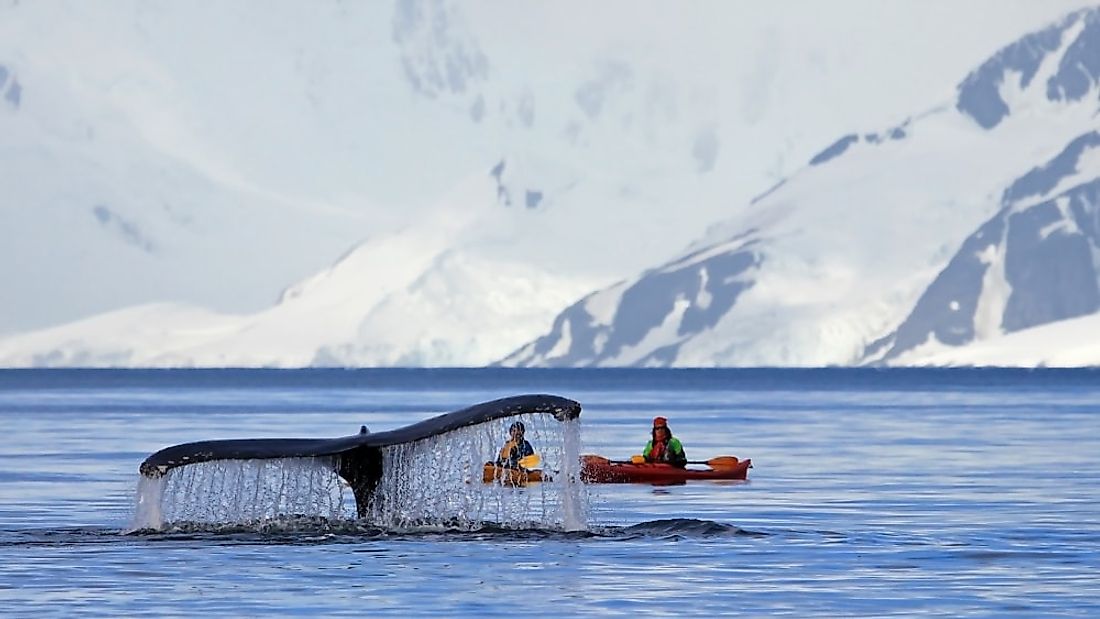 Although a rather obscure and difficult to reach location, the Antarctic Peninsula provides some of the best whale watching opportunities in the world. The cold waters surrounding this peninsula are home to a large population of minke whales during the November to March season. Companies that offer tours in this region report that the best time to visit is in February and March. According to them, the minke whales are particularly social during these two months and may even come close to the tour boats, giving tourists a closer look.

The narwhal, one of the most unique-looking whales in the world, can be seen off the coasts of Nunavut in Canada. These whales have an interesting ivory tusk that protrudes from their upper lip and spirals up in a conical shape. Because this location experiences extremely low temperatures, it is surrounding by ice. These blocks of ice prevent the narwhal whales from migrating further north and into the various coastal inlets. As these whales attempt to move into these areas, they end up collecting in large numbers right where the ice ends. This behavior makes whale watching an excellent experience in Nunavut with the opportunity to see several whales at the same time. Tour providers suggest visiting in June, when Nunavut experiences 24 hours of daylight.

Top Whale-Watching Destinations In The World