Australia is an vast island country surrounded by the Indian and Pacific Ocean. It covers an area of 2,969,900 square miles. The country has diverse ecosystems that support different plants and wildlife. Some of the animals in Australia are the native reptiles like the freshwater crocodile, the pig-nosed turtle, the common death adder, and the Eastern bearded dragon among many others. 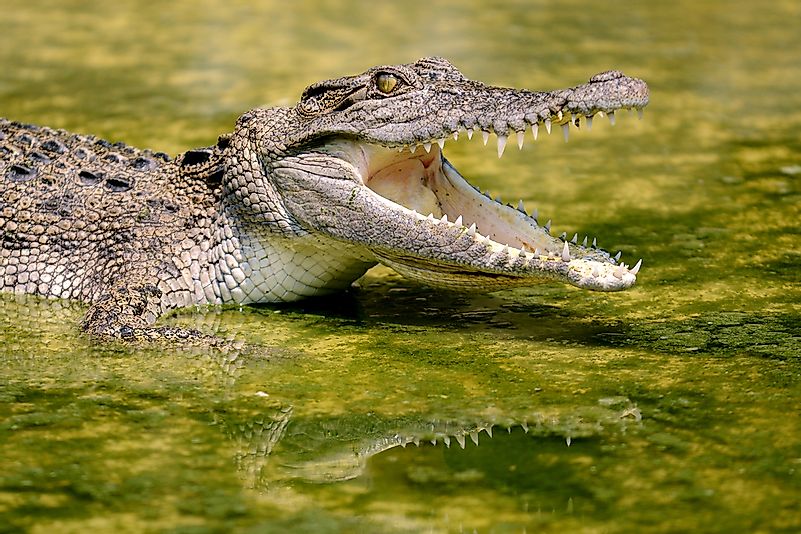 Common Death Adder is a species of a snake found in Australia. As the name suggests, it is one of the most venomous snakes in the world. It inhabits forests, woodlands, grasslands, and shrublands. Common Death Adder has flattened triangular head and bands of brown and black on its thick body. An adult can reach a length of 100 cm. The snake feeds on small mammals and birds. Its breeding season is in summer when the female produces approximately 20 live off springs. The Common Death Adder is threatened by invasion from the poisonous cane toad.

Pig-Nosed Turtle is a turtle species native to Australia and New Guinea. It occurs in freshwater rivers, streams, and lagoons. It has a snout like that of a pig and a leathery gray or olive carapace. Its average weight is 20 kg. It is omnivorous and feeds on fruits, leaves, figs, insects, mollusks, and crustaceans. The male reaches reproductive age at 16 years and 18 years for the female. The female lays the eggs in summer on sandy river banks. The population of pig-nosed turtles has declined by approximately 50% in the past three decades mainly due to smuggling of the species. It is also used in the international pet trade. The turtle is vulnerable to diseases and thus requires protection and close monitoring. 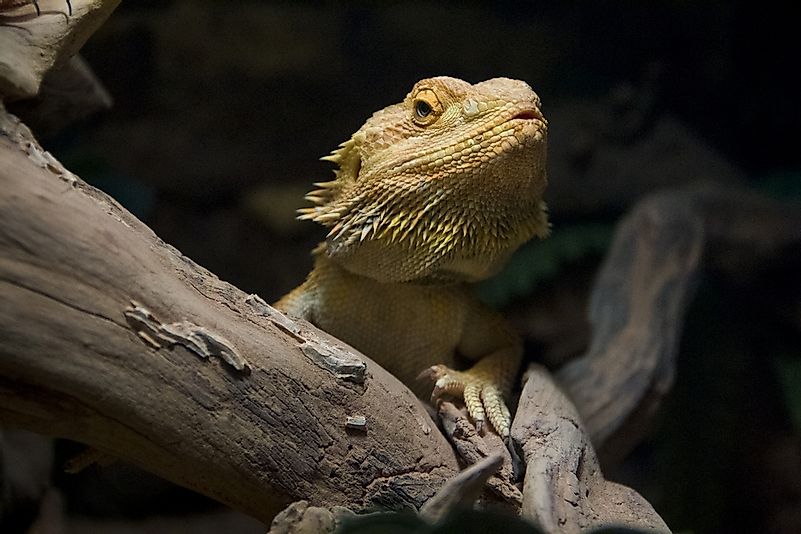 Eastern bearded dragon is a lizard species endemic to Australia. It can grow to a length of 60cm. It has a large head, and its throat is covered with dark gray spines which can be raised to form a ‘beard.' The lizard is active during the day and likes to perch in open places such as logs and tree branches. It hides under dry leaves when it gets hot. It feeds on small animals, insects, berries and flowers. The female lays its eggs in burrows underground. It is commonly used as a pet. The lizard does not have any significant threats.

Conservation Efforts To Save The Native Reptiles Of Australia

Australia has plenty of native reptiles. The reptiles are important to Australia as a natural heritage. The reptiles face threats from invasive species, disease, and loss of habitat and illegal wildlife traders. Some of the measures taken by the Australian government to conserve the reptiles include; banning illegal wildlife trade, establishing conservation areas for the endangered reptiles and hiring game rangers who monitor and care for the reptiles. It’s critical to protect the animals from the danger of extinction.

What Are The Native Reptiles Of Australia?

Reptiles are widely distributed across Australia. Three of the four reptilian orders are native to the country. These are Testudines, Squamata, and Crocodilia. Over 860 species of reptilians are found in the country. The arid areas of the country have a great diversity of snakes and lizards. Some of the native reptiles of Australia are the green and leatherback sea turtles, thick-tailed gecko, blind snakes, lace monitor, common death adder, freshwater crocodile, etc.

This page was last updated on October 31, 2019.
By Benjamin Elisha Sawe

Reptiles That Live in Australia