Japan, located in the northwest of the Pacific Ocean, boasts of a rich avifauna which includes the internationally famous Okinawa Rail, Bonin White-Eye, Ryukyu Scops Owl and Amami Woodcock. The wide climatic range of Japan has enriched the flora and fauna, stretching from the boreal to the sub-tropical climatic zones. This unique ecological background of Japan has influenced the type of flora and fauna found in the country. More than 60% of bird species found in Japan are migratory while at least 60 of them are either endemic or sub-regionally endemic. 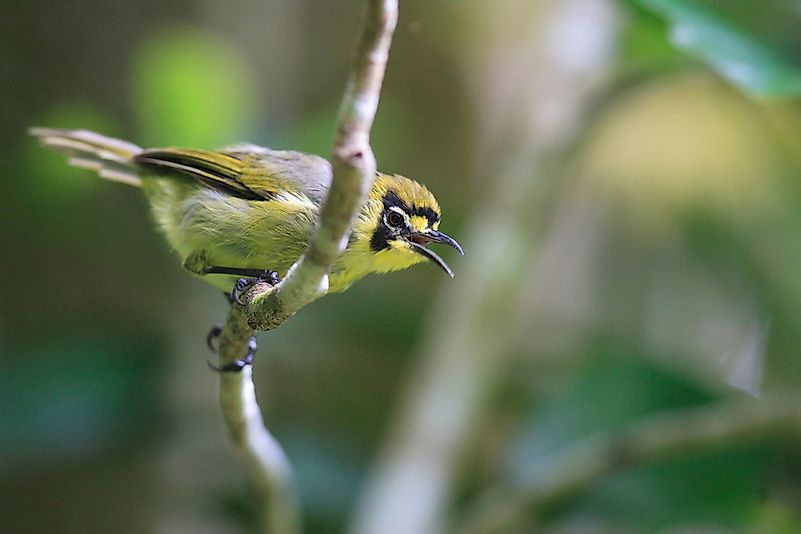 The Bonin White-Eye (Apalopteron familiare), is a native bird of Japan found in the sub-tropical zones. It is a small bird with a colorful yellow and olive-green plumage. The eye is surrounded by a black patch that joins with the black line of the forehead. It has strong black legs and rounded wings. The population of the Bonin-white eye has been declining due to habitat loss. 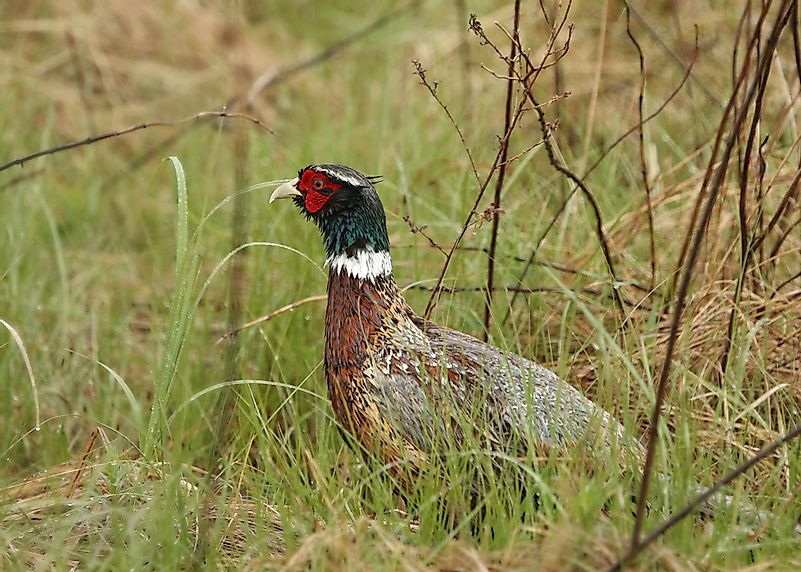 The Copper Pheasant (Syrmaticus soemmerringii) is a beautiful bird endemic to Japan. It is a species of long-tailed pheasant and derives its name from the metallic coppery red plumage. The neck and chest are uniformly chestnut red in color while the underparts are dull and pale. The face has wattles surrounding the eyes. In Japan, the copper pheasant is mainly found on the Honshu, Shikoku and Kyushu islands. The copper pheasant inhabits mixed forests with dense undergrowth and especially on coniferous, broadleaved forest types. 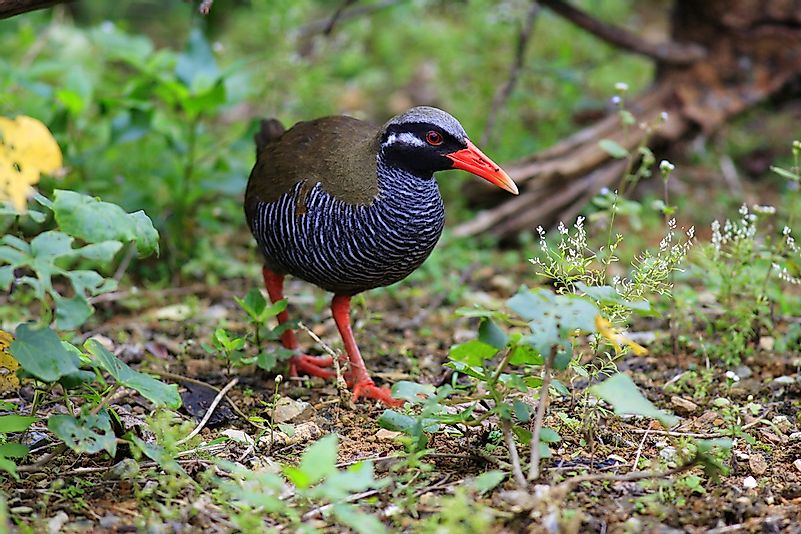 The Okinawa rail (Gallirallus okinawae) has a distinctive red color on the bill and legs which offer a magnificent contrast with the upper body colors of black, brown and white plumage. The sides of the head and neck are black with a white stripe extending from the eye and joining the lower part of the neck. The Okinawa rail is a flightless bird with a short tail. The legs are long and strong. The bird forages for insects, snails, and lizards on the forest floor and sometimes gets its food from shallow waters. The Okinawa rail is endemic to the southern Japanese island of Okinawa which is among the Nansei Shoto (Ryukyu) islands. Since the Okinawa rail is only marginalized to a tiny range on a single island, the current population is vulnerable due to predators and habitat loss through logging. It is now legally protected in Japan. 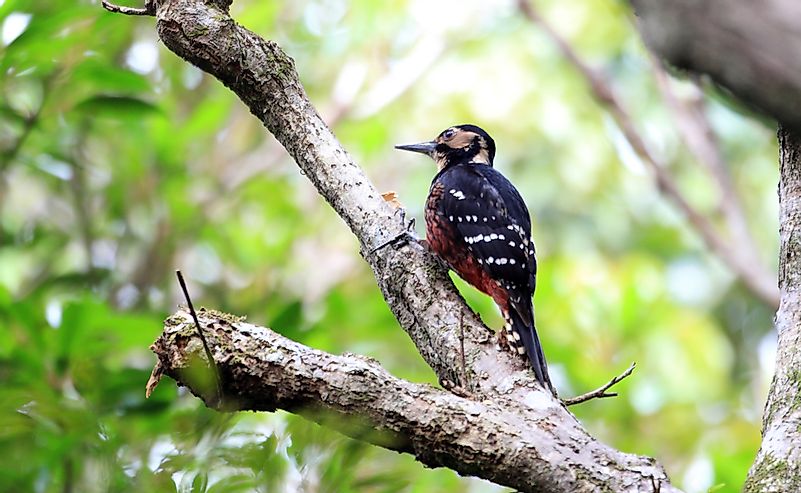 The Amami Woodpecker is only found on Amami Oshima in the southern part of Japan among the Islands of Ryukyu. It inhabits mature evergreen broadleaf forests and feeds on wood-boring insects. It is a newly split species from the white-backed woodpecker (Dendrocopos leucotos) and has an estimated global population of 1000-2499. It is classified as a near-threatened species.

Threats to the Birds of Japan

With over 60 endemic bird species in Japan, the main threat to their existence is due to habitat loss, sport-hunting and introduction of predators. Most birds are only found in specific islands, of which most are in the south of Japan.

What Kind of Birds Come From Japan?

Some of the bird species that come from Japan include the owston's tit, the ryukyu robin, and the okinawa rail.

This page was last updated on August 21, 2019.
By Andrew Mwaniki