A pier is a structure that stretches into a water body and is supported by pillars. Earlier piers were constructed from wood before iron structures were introduced in 1855. The longest pleasure pier made of iron dates back to 1834 in England. Piers are primarily built for the purpose of docking of vessels which are limited from reaching the shore by the shallow waters. Piers can also be built for leisure while others are built for fishing purposes so as to allow people without boats to access fishing areas further in the ocean. There are several piers built around the world that are exceptional.

Famous Piers Of The World 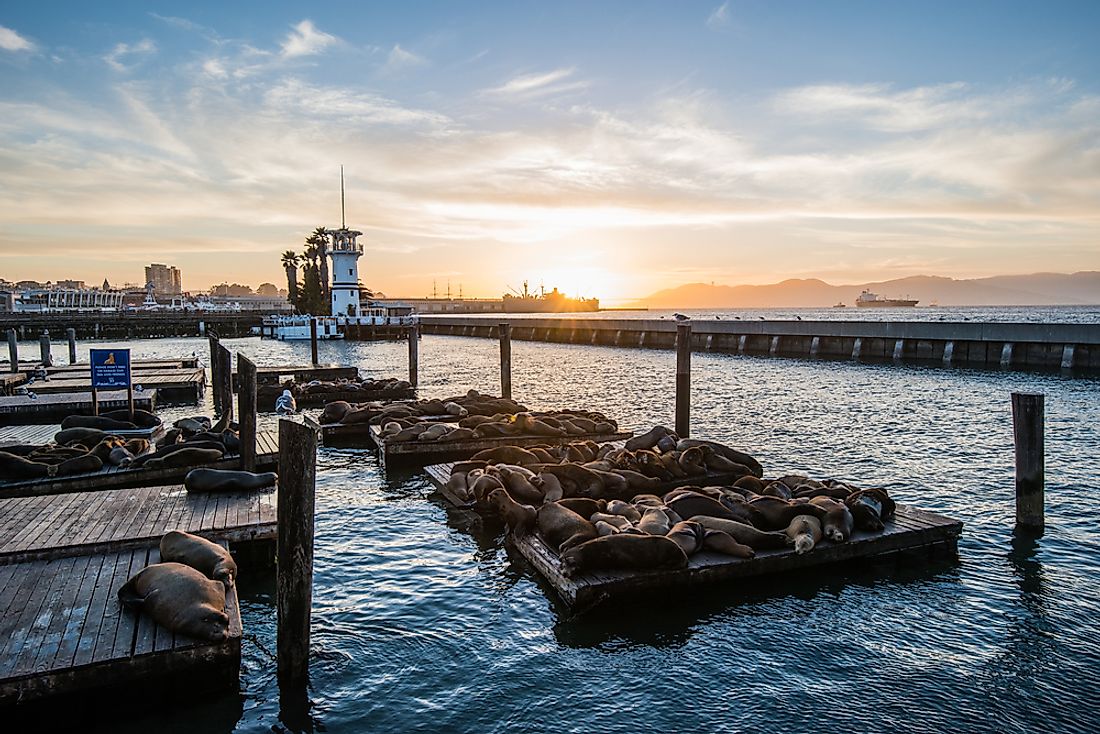 Pier 39 is a tourist attaraction in San Francisco, California built on a pier in the San Francisco Bay. The pier is a popular tourist destination with several key attractions with the star attraction being the California sea lions who have made the pier their home. Several shops and restaurants have been established on the pier which also hosts a large public aquarium known as the “Aquarium of the Bay” as well as the only human-made floating restaurant in the world, the Forbes Island. Construction of the pier began in August 1977 as a project by Warren Simmons and opened to the public in October 1978. As soon as January 1989, Pier 39 was named by “USA Today” as the third most visited location in the country.

Busselton pier or jetty is a pier located in the Australian town of Busselton and is built into the Geographe Bay. The pier stretches over 2 miles into the sea is the longest wooden pier in the world and is also the longest wooden structure south of the equator. Construction of the pier began in 1853 and was opened in 1865 after the first section with a length of 109 feet was completed. Busselton Pier was initially known as the Vasse Jetty. Numerous extension works were later added on the pier until it reached its current length. The pier was originally used for docking of ships, but such operations were stopped in 1971 due to increased maintenance costs. Several alterations were later made on pier including the establishment of an underground observatory and a waterslide which made the pier a key tourist attraction.

Scheveningen Pier is located in the town of Scheveningen. The pier stretched 1246 feet into the sea and was constructed in 1959. The large pier was constructed with a unique design consisting of two decks with the upper deck having a bungee jumping facility. Where the pier ends, it branches into four structures known as islands which host numerous shops, restaurants, a casino as well as a viewing platform. The original pier was constructed in 1901 and was named the Wandelhoofd Koningin Wilhelmina before being destroyed by fire in 1943.

Originally, the construction of piers was for the utilitarian purpose of helping ships dock. Over history, docking of ships has been the primary purpose of pier construction until the 20th century when piers began to be constructed for purposes of leisure. Piers are still important and thousands of people each days use them for fishing or just enjoying a stroll.

Pier 39 is a tourist attraction in San Francisco, California built on a pier in the San Francisco Bay. The pier is a popular tourist destination with several key attractions with the star attraction being the California sea lions who have made the pier their home.

Famous Piers of the World