The Tyrrhenian Sea is part of the Mediterranean Sea, located off of the western coast of Italy.

It's bordered in the west by Corsica and Sardinia, in the north by the Isle of Elba, and in the south by Sicily. The southwestern boundaries are an estimate at best, as it depends on where the sea actually ends.

In addition to Corsica, Elba, Sardinia and Sicily, it contains many popular small islands, including Capri, Elba and Ustica, and the active volcano of Stomboli. Cagliari, Civitavecchia, Naples and Palermo are its chief ports. 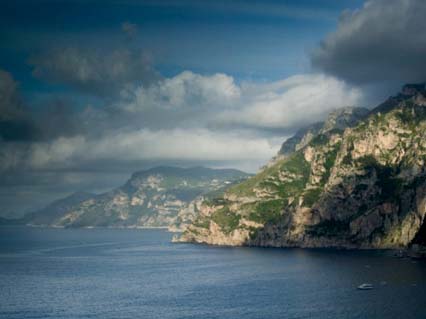 Morning view along the Tyrrhenian Sea...
by Walter Bibikow
Buy This at Allposters.com