The Celtic Sea is an area of the Atlantic Ocean, generally located to the south of Ireland.

It's bordered in the northeast by St. George's Channel, and in the east by the Bristol Channel, and English Channel.

The region's Celtic heritage gave the sea its name, one suggested in 1921 by E. W. L. Holt. This somewhat generic name helps avoid any nationalistic controversies between countries.

The southern and western boundaries are not clearly defined as varied sources extend the sea to different distances into the Atlantic Ocean. Therefore, representing its exact size on a map is based on where the sea actually ends, so maps are estimates, at best, and ours is the same. 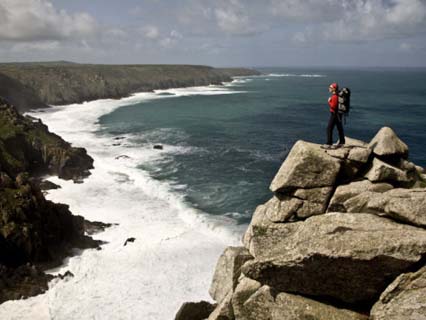 Looking out toward the Celtic Sea...
by David Pickford
Buy This at Allposters.com