Puerto Rico (the island) was discovered by Christopher Columbus in 1493 and the port city of San Juan eventually became an important intermediary stop were almost all European ships would restock before making their long trans-Atlantic crossing back to Europe.

In fact, on their way back to Spain, Spanish Galleons would pass through San Juan loaded with gold and booty from Mexico and South America.

Without question, Old San Juan is one of the gems of the Caribbean with its colorful style and fascinating history. 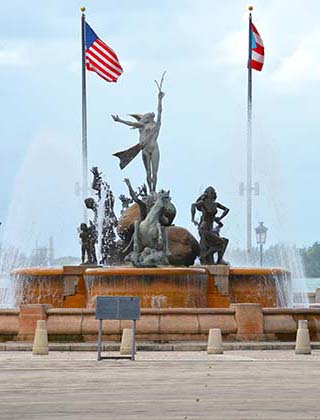 This is the "Roots Fountain" in Old San Juan. It celebrates Puerto Rico's Taino, Spanish, and African heritage. 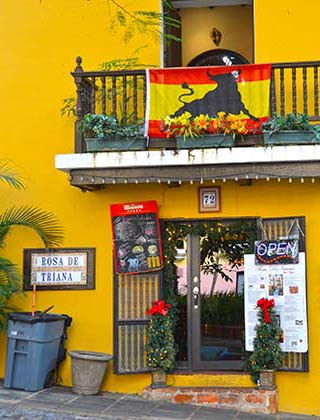 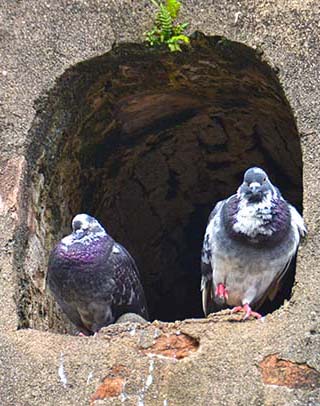 These pigeons found a secure home in one of the walls of Castillo San Felipe del Morro. 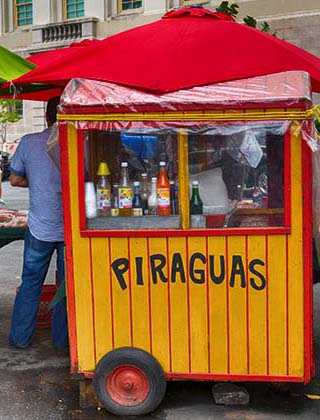 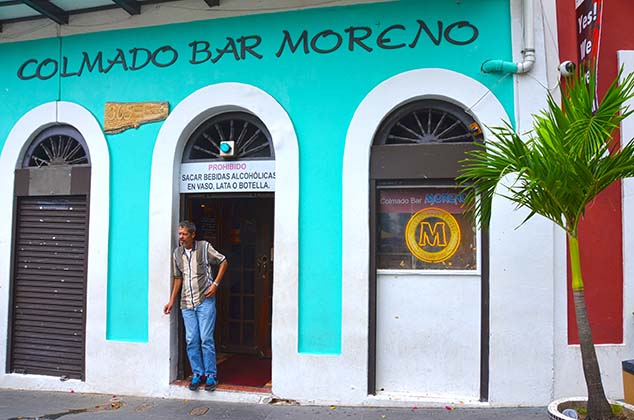 Old San Juan is arguably the most vibrant city in the Caribbean today. 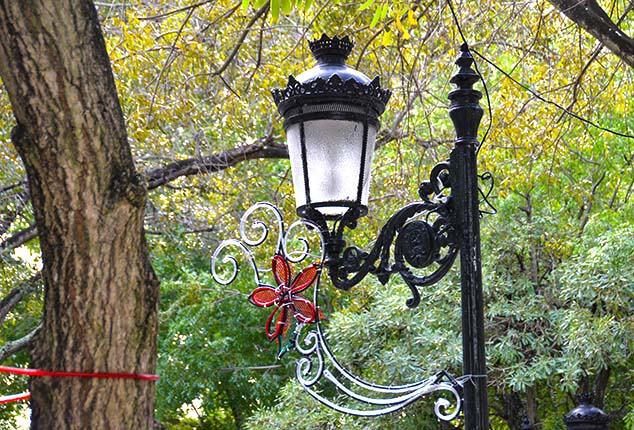 The Christmas holiday season is bright in Old San Juan, and decorations are everywhere. 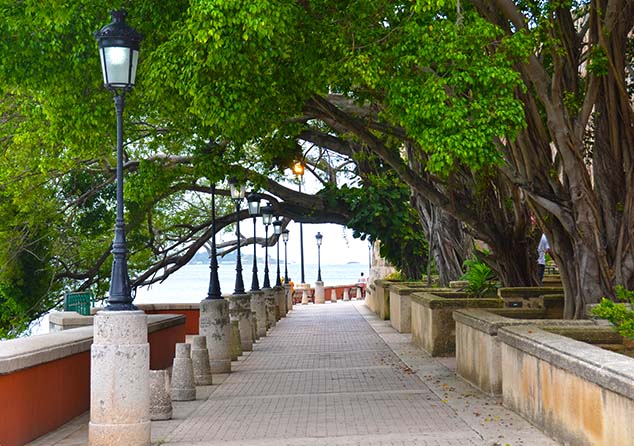 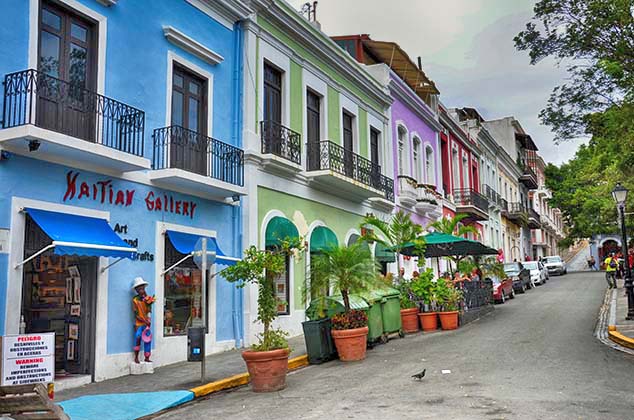 Many buildings in Old San Juan are painted in beautiful bright Caribbean colors, and this street is typical. 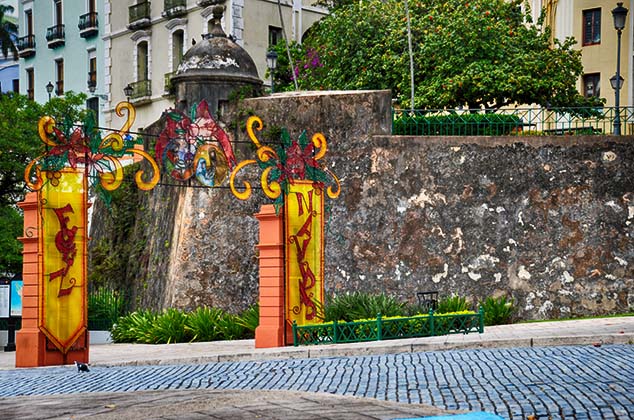 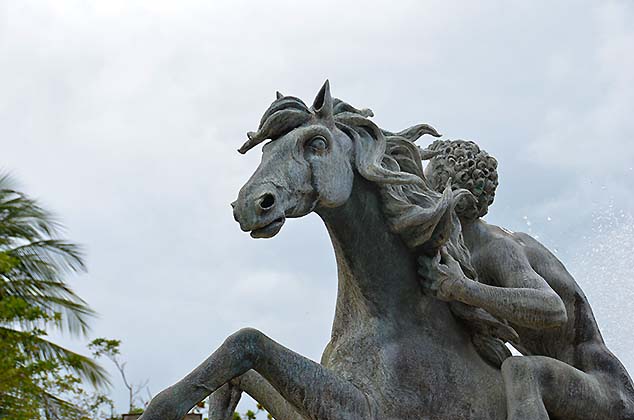 This horse is a small part of the "Roots Fountain" in Old San Juan. It celebrates Puerto Rico's Taino, Spanish, and African heritage. The fountain is lovely during the day, but simply stunning in the evening. 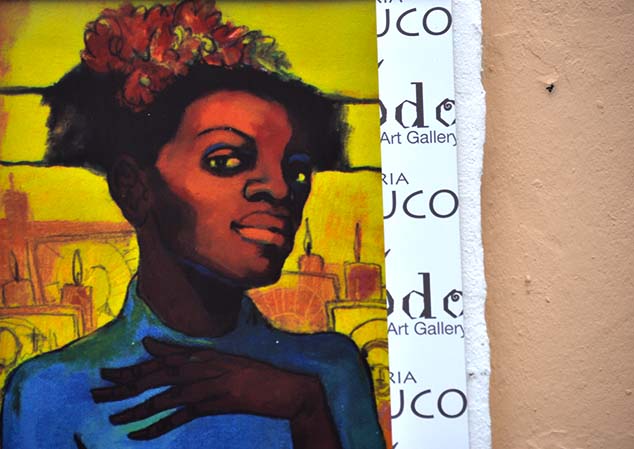 Among Old San Juan's most inspired attractions is its amazing street. Local artists are flourishing, and their creations are on display within the old city walls. 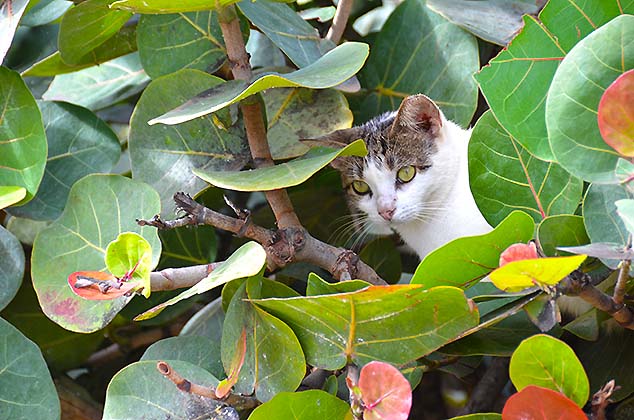 Feral cats in Old San Juan live on feedings by volunteers, who leave kibble and water where they dwell along a scenic walkway below the Castillo San Felipe del Morro, the fortress dominating the entrance to San Juan Bay that is run by the U.S. Park Service.