See how the United States stacks up when compared with its counterparts in the fight against global emissions.

How Many Governments Have Carbon Pricing Policies?

Currently, there are over 40 governments on the planet that have adopted a carbon pricing policy by either introducing cap-and-trade programs or direct taxes on companies using fossil fuel. They are: 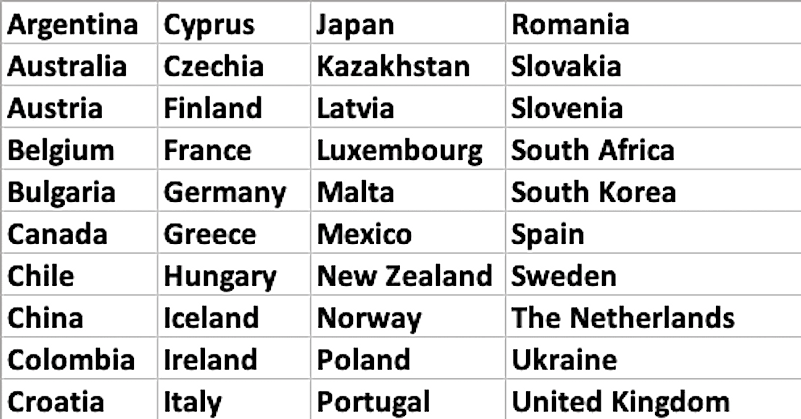 Economists suggested that increasing the price of gas, oil, and coal could be a perfect method to reduce emission. However, many governments have found it politically challenging to set high taxes that can help curb this problem. Therefore, most carbon pricing policies are relatively modest. In some countries like Australia and France, plans to raise taxes on GHG emission was stopped after their citizens complained of high energy prices. Some of the governments that have imposed carbon emission policies include:

The Liberal government adopted a countrywide tax on gas, burning coal and oil in April 2019 that begins at $15 per ton. The government plans to increase the tax by $23 by 2022. A considerable percentage of the collected revenue will be used to offset the high energy costs of over 70% of the Canadians.

Some of the primary industries that face strong trade competitions like the chemical and steel will be exempted from the tax. However, they will take part in a different program that forces all the highest carbon-emitting firms in the industry to either purchase carbon credits from the cleaner companies or pay tax for the excess emissions.

In Britain, carbon emission has reduced immensely, and one of the factors that has forced the electricity generating companies to avoid using coal is the carbon tax. The British are covered by the EU’s cap-and-trade system, which determines the emission limits in various industries and then allow firms to sell and purchase carbon permits. However, due to the glut of these permits in the continent, the carbon price has remained low. Therefore the British government introduced a carbon price for numerous sectors in the country. The policy introduced a tax of $25 per ton.

Only 9 U.S states take part in the Regional Greenhouse Gas Initiative (RGGI) that auctions carbon emission permits in the region to power-plants. The price imposed by the RGGI is relatively modest. These states invest the cash obtained from selling these permits in clean energy programs. The Californian government has a cap-and-trade system that covers all the refineries, manufacturers, and power plants, among other polluters. New Jersey and Virginia are planning to become members of this RGGI. The following states participate in the RGGI:

The Australian Labor government introduced a system in 2012 that set the tax at $23 per ton. The policy helped reduced carbon emissions in the country; however, it faced fierce criticism from voters. Therefore when the Liberal party took over, they repealed the system. Currently, Australia has a more lenient policy known as the safeguard-mechanism, which allows large polluters to purchase carbon credits when they exceed the baseline.