Unakoti's rock and stone sculptures hold universal value that needs to be protected and preserved for the coming generations.

Unakoti is a lesser-known tourist attraction in India but one that holds great potential. Located around 178 km from Agartala, in the hilly terrain of northern Tripura, Unakoti is a miracle in rock and stone. The centuries-old Hindu pilgrimage spot is a treasure-trove of Indian art and culture. Sadly, little attention has been paid to the preservation of this heritage site and many of its sculptures are on the path of degradation. 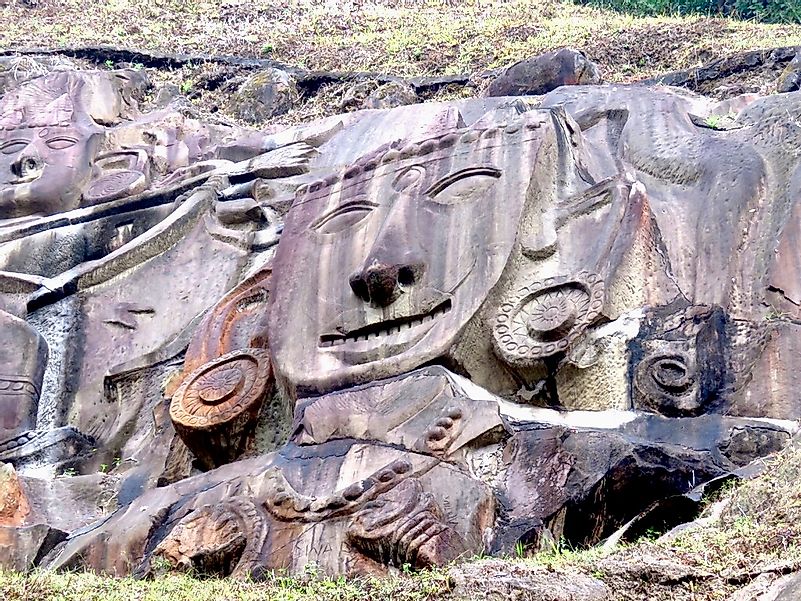 The Mysterious Beginnings Of Unakoti

Even today, there is no concrete evidence of how or when Unakoti's rock-cut sculptures took shape. The Archaeological Survey of India (ASI) has roughly traced the origin of Unakoti's site to the 8th or 9th century AD. The unique art and architectural style used at Unakoti serves to further puzzle the historians. Influences of several cults of Hinduism like the Shiva, Tantric, Shakti, etc., are visible in and around this archeological wonder. 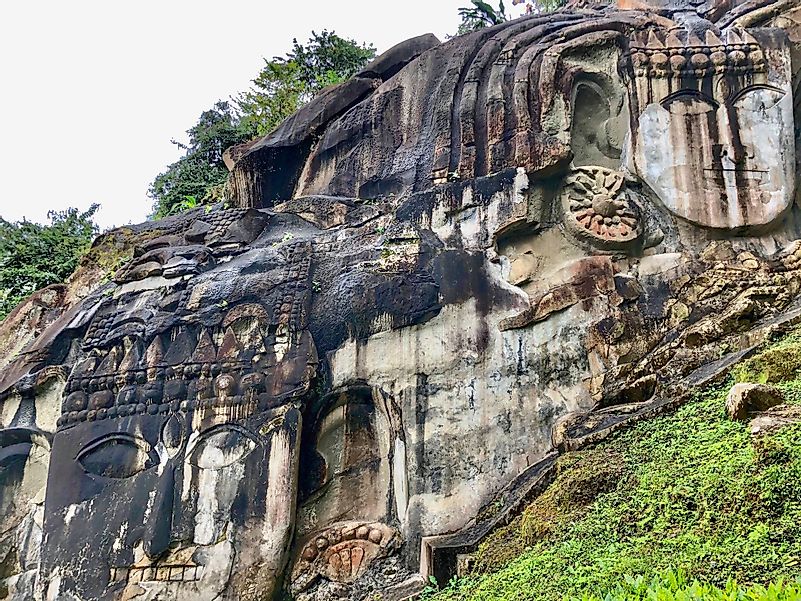 Gods In Rock And Stone: Mythological Tales Of Unakoti

Most of the carvings visible in Unakoti belong to Hindu Gods and Goddesses. There are claims that the site hosts one less than a koti (a Bengali term for a crore or 10 million) sculptures but such claims are usually treated as a myth. Locals in the area associate the carvings with several mythological tales.

According to one of them, a gifted sculptor called Kalu Kumhar was the genius behind Unakoti's sculptures. A great devotee of Lord Shiva, Kumhar was hell-bent on accompanying Shiva and his team of deities as they were passing through the region. Although Shiva was not ready to grant permission to Kumhar, a mere mortal, to join the entourage, the latter persisted. It was then that Shiva's wife, Goddess Parvati came to the rescue and suggested a solution. If Kumhar managed to make 10 million or one crore carvings on rock and stone of Shiva and his entourage overnight, he would be allowed to join them on their journey. 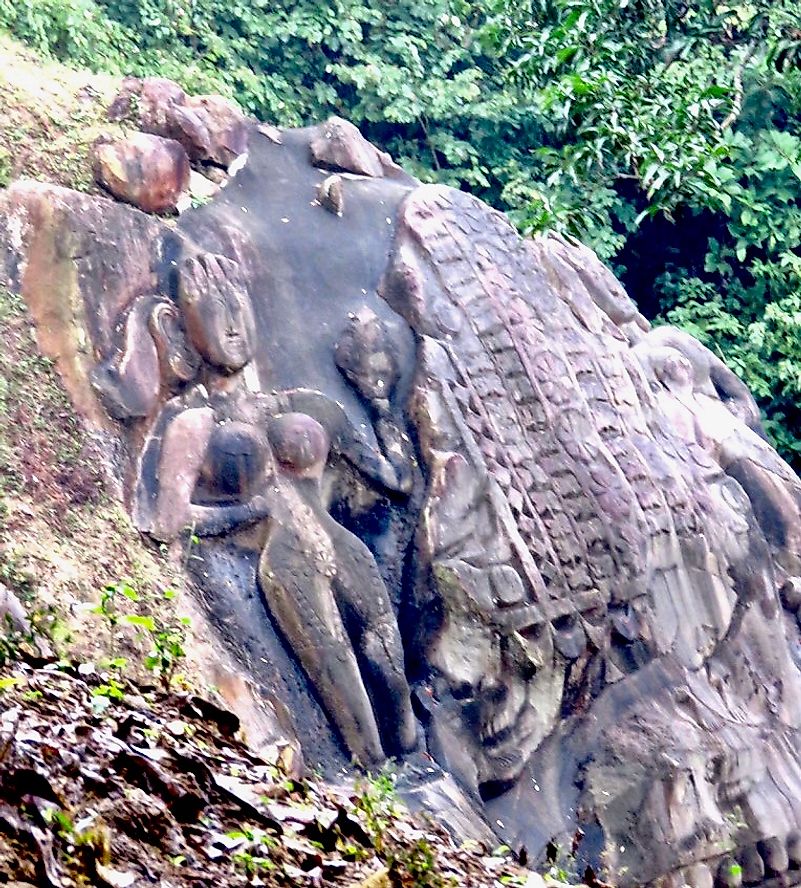 Wasting no time Kumhar went about creating one wondrous sculpture after another. Unfortunately, only one carving of the 10 million was left undone at the break of dawn and sadly, despite his humongous effort, his wish remained unfulfilled.

In another version of this story, it is said that after observing the magnanimity of his work, Kumhar was so overwhelmed and filled with pride that instead of finishing the carving of the final deity, he etched his own image on the rock. His aspiration to accompany Shiva on his journey was thus lost.

What To Look Out For In Unakoti? 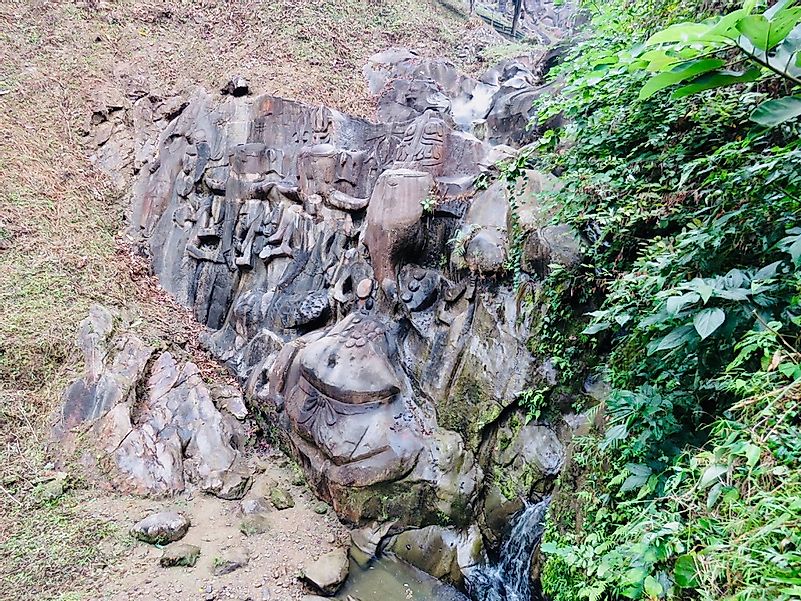 Although the archeological site is spread across a vast area, the two biggest attractions here are the colossal sculptures of Lord Shiva and Lord Ganesha. The former is named Unakotishwara Kal Bhairav and is a 30-ft tall carving of Shiva's head. The carving's 10-ft tall headdress with its ornamentations is awe-inspiring. Shiva is shown flanked on either side by two female deities, goddess Durga riding a lion, and goddess Ganga on a Capricorn. A half-buried Nandi bull can be seen below Shiva's statue. Another major attraction at Unakoti is the four-armed seated Ganesha sculpture flanked by other Ganesha carvings. The hilly terrain of Unakoti, abundant greenery, and brooks, and springs of pure mountain water also lend natural charm to the human-made spectacle. 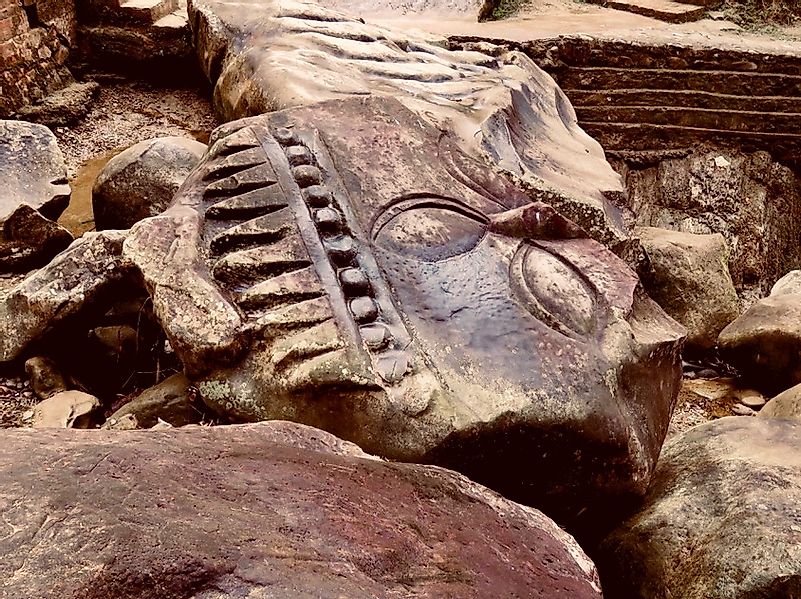 A broken statue lying on the floor of the hill. Image credit: Oishimaya Sen Nag

There is no doubt that Unakoti's archeological site is valuable to India. Although tourist flow here is still limited, it has immense potential to attract visitors in the future. A lot needs to be done to protect and preserve the site from various threats. There are priceless sculptures on the decay here due to a lack of attention from the concerned authorities. Attempts are being made to enlist the site as a UNESCO World Heritage Site which, if accepted, would obviously mean good news for Unakoti. This site's rock and stone sculptures hold universal value that needs to be safeguarded for the coming generations.