Namib is a desert found in the coastal parts of South Africa. It covers an area of approximately over 2000 km from Angola to Namibia and through South Africa. This lengthy stretch made the Nama people give it the name “Namib” meaning, “vast place.”

There is close to no human inhabitation of the Namib Desert except in the northern and central parts where we find small pastoralist groups.Most of the wildlife found in the desert is small water animals and arthropods. The northern region inhabits large animals, and the coastal parts have fish and a few shorebirds.

Animals in the Namib Desert

Despite its harsh conditions, the Namib Desert is home to a number of animals. Most of these animals are arthropods even though we find larger animals in the north. The analysis below focuses on a few animals found in the Namib Desert.

Darkling beetle species consist of the Namib Desert Beetle and the Lepidochora discoidalis, both of which have an adaptation of storing humidity from morning fog and utilizing it during hot temperatures. This particular feature aids their survival during the hot hours.

Gemsbok (Oryx gazelle) is of the antelope species. This antelope is of a small size and adapted to life in the desert as during the hottest temperatures, it is able to raise its temperatures up to 40◦C. It also avoids water loss as it does not sweat. Poachers hunt for Gemsbok for horns so as to survive, they run fast and have a brown coat which enables camouflage in the sand of the desert. 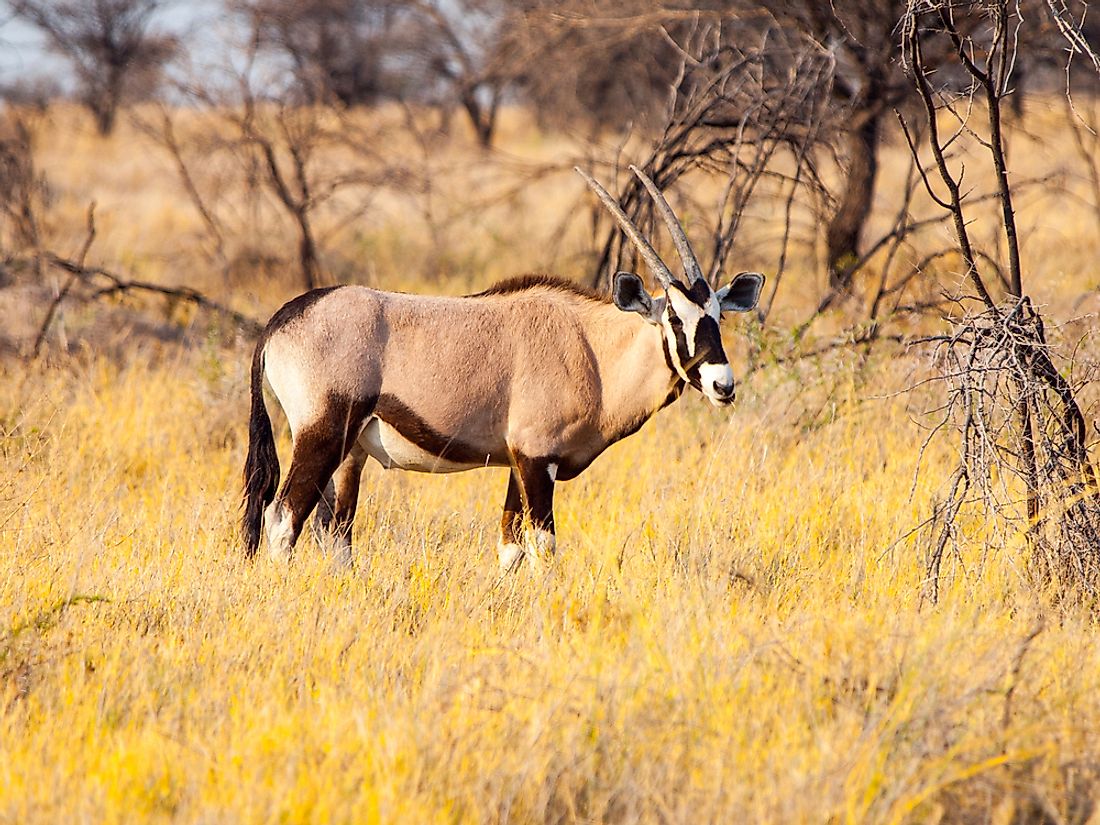 The Coyote is a canid that traces its origin in North America. It is small in size, and its family is close to that of the gray wolf. This animal is quite adaptive and feeds on a wide variety of diet as it can eat fruits, invertebrates and also feed on other big animals like a rabbit and deer. The Coyote primarily inhabits the desert condition where it does not have direct competition for food from the wolf. Its survival in the Namib is because of the availability of the wilderness snake which is its primary source of food.

The conditions of the Namib Desert does not support much of the human life because people lack the adaptation required for surviving long periods of time in hot environments with little humidity. The animals found in this desert have an adaptation of storing moisture or either avoiding excessive loss of water through avoiding the scorching desert sun. Others like the Gemsbok do not sweat hence do not lose much water. These animals are adapted to thrive under high temperature of up to 40◦C. Adaptability is, therefore, the primary character to surviving in the desert.

What Kind of Animals Live in the Namib Desert?

Some of the animals that can be found in the Namib desert include the gemsbok, the golden mole, and the coyote.

This page was last updated on August 1, 2017.
By Kimutai Gilbert