Texas is a US state that is popularly known for its extensiveness based on its land area which is 261,797 square miles. It is the second most populous state in the US as it is home to approximately 29 million people. The biggest city in Texas is Houston whereas the state’s capital is Austin. Texas has many species of native and introduced animals and birds living within its geographical boundaries. More specifically, the state has about 540 species of birds and 142 species of animals. Texas is also known to have more cattle than any other state in the US. Below are animals that are commonly found in Texas;

10 Animals That Live In Texas 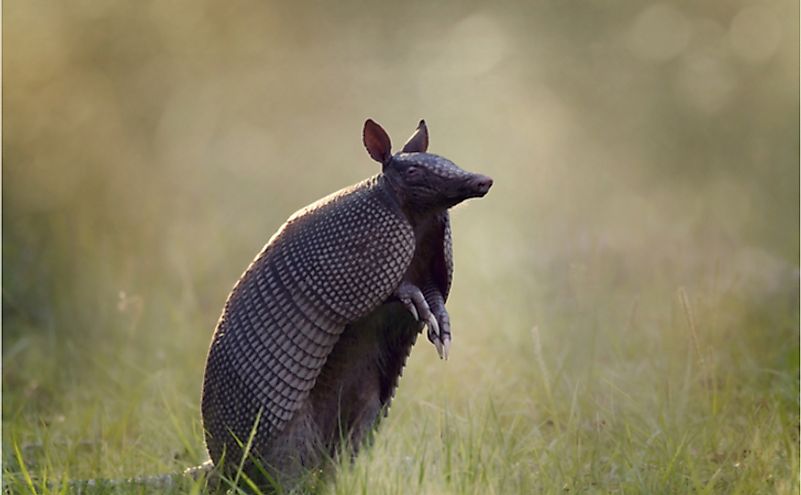 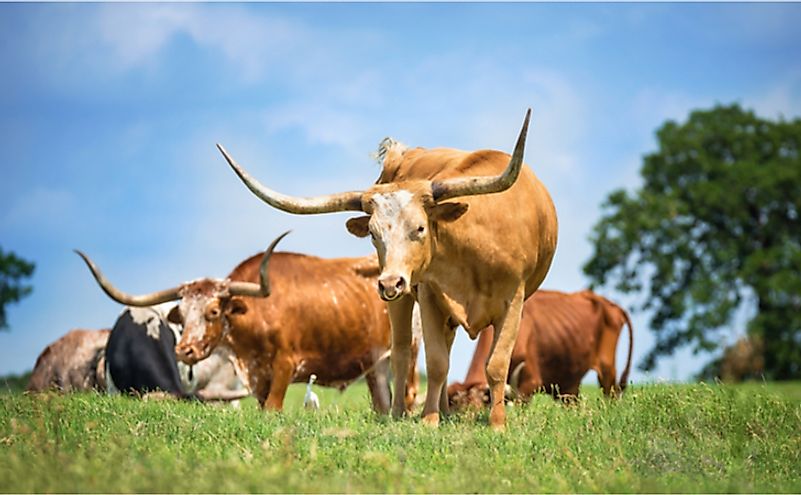 The Texas Longhorn is a breed of cattle that is popular due to its unique horns that grow upwards. The horns grow as long as 7 feet from tip to tip. The Texas Longhorn is grey, black, or yellow; and weighs 500-900 kgs. These cows are strong, sturdy, gentle, and intelligent. They also possess a docile and pleasing personality hidden behind their intimidating look. Native to Texas, the Texas Longhorn exhibits high drought-stress tolerance. They are normally bred for their very lean meat; meaning it is low in cholesterol and fat. 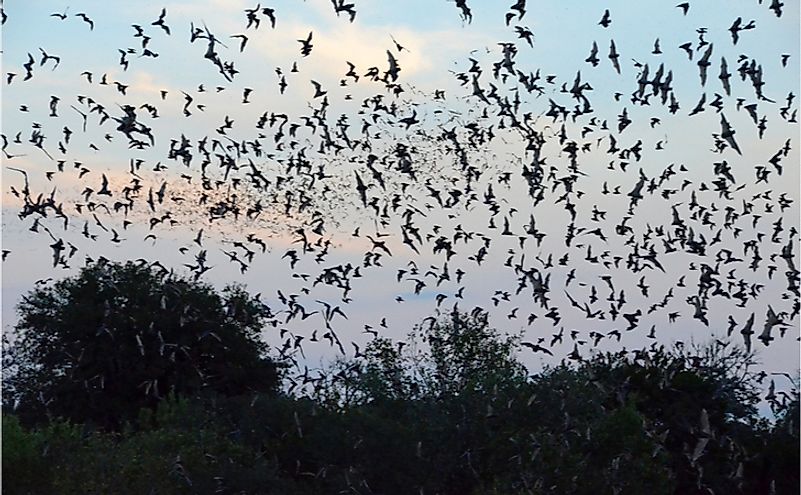 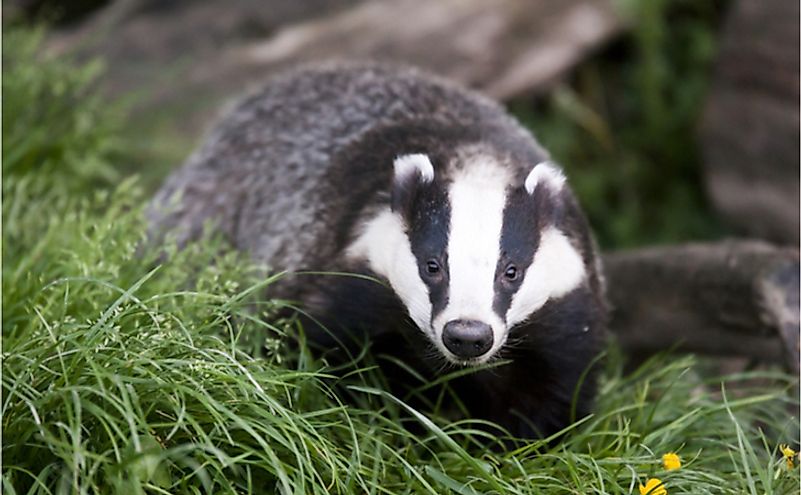 Badgers are fierce fighters that are nocturnal by nature. They have black faces with distinctive white markings. Badgers are short-legged. These legs help in digging as they stay underground. They are omnivorous animals that feed on earthworms, roots, fruits, amphibians, birds, insects, and grubs among others. Badgers are important in controlling the rodent population. 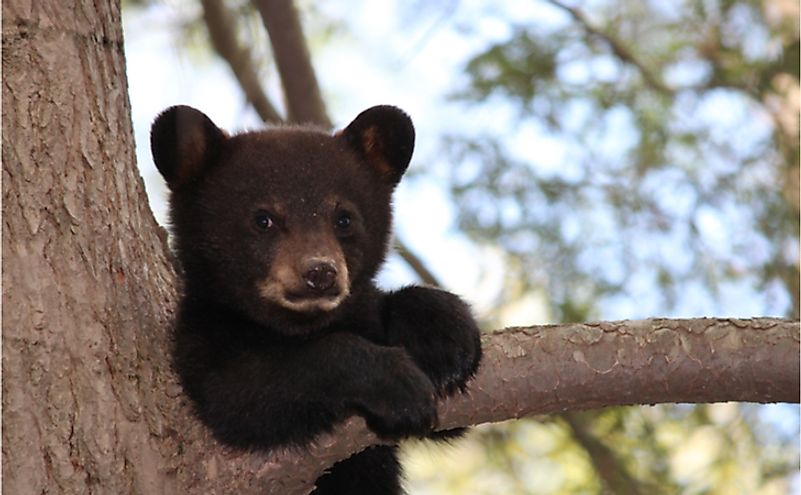 The black bear is one of the largest mammals in North America. It is 5-6 feet in length, and weighs 200-300 pounds. The black bears live in large forested areas. Their skin colors are not exclusively black as the name suggests but include a range of colors from black to cinnamon brown. These bears are usually harmless unless provoked. Although the black bears are considered carnivores, they also feed on plants such as fruits, berries, nuts, tubers, and roots. Breeding takes place in June and July with females normally giving birth to 2-3 cubs every two years.

The Short-lined Skink is a moderately large lizard that possesses a streamlined body, as well as short legs. It is a sub-species of the Five-lined Skink which is dark brown with stripes that end just before its forelegs. Juvenile Short-lined Skinks have blue tails that fade away as they grow into adulthood. The adults grow up to 7.1 inches in length. The skinks live in lightly wooded areas. During the breeding periods, females lay 5-12 eggs per year. Interestingly, males develop orange coloration on their heads during the mating season. 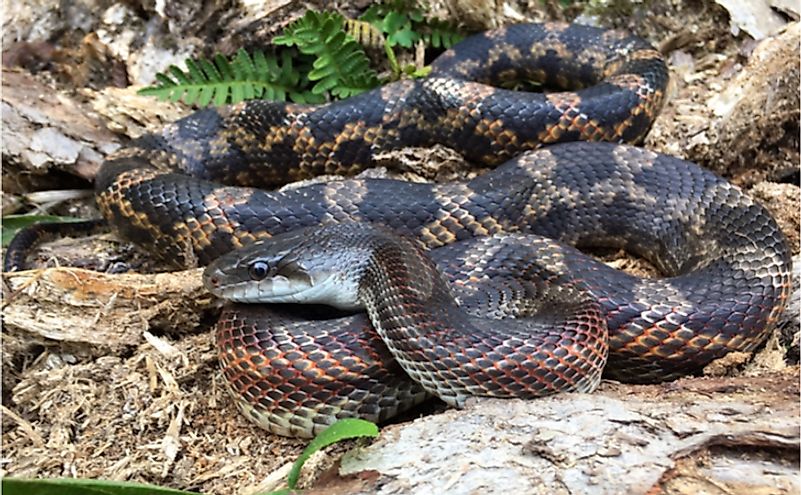 The Texas Rate Snake is a subspecies of rat snake which is non-venomous. It is slender and grows up to 4-5 feet in length. The Texas Rat Snake inhabits a wide variety of habitat including forests, rocky canyons, grasslands, and swampy areas. Temperamentally, it is aggressive such that when threatened, it will defend itself through biting, striking, or smearing the attacker with a foul-smelling musk from its cloaca. The Texas Rat Snakes feed on birds, rodents, and squirrels. Their solid grey head is the distinguishing factor between the Texas rat snake and the other sub-species of rat snakes.

Northern Black-bellied Whistling-Duck is found in southeastern Texas. Just like its name suggests, the duck’s belly and tail are black. However, the Northern Black-bellied Whistling-Duck is generally brilliant pink in color with pink beaks. It is characterized by its boisterous streak and a long-legged silhouette. These birds feed at any hour of the day on plants, arthropods, and aquatic invertebrates. They lack sexual dimorphism which means the males and females have similar features. The oldest recorded Black-bellied whistling duck was a male who was 10 years and 7 months old. 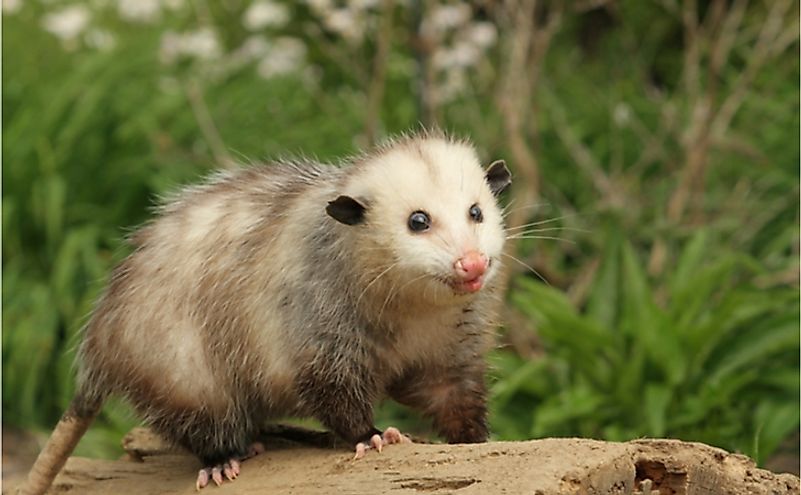 Virginia opossums occur in most parts of the state. However, they are more common in the wooded areas of East Texas. They are exclusively nocturnal animals that are popularly known as marsupials. The young ones are born when they are quite underdeveloped being almost the size of honeybees. After birth, they crawl into their mothers’ marsupium and attach themselves to their nipples where they stay and grow to a reasonable size. Most of the Virginia Opossums are grey, black, or white. Scientists refer to them as “living fossils” because they have been surviving for close to 50 million years without many changes in their genetics. 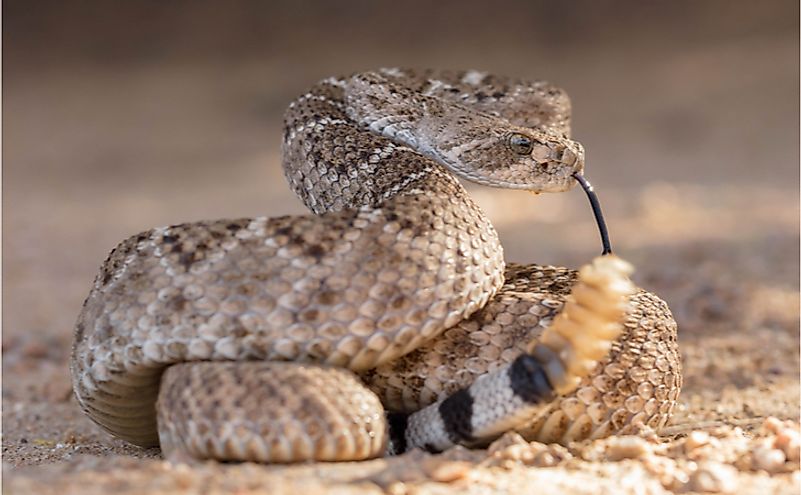 The Western Diamondback Rattlesnake is a venomous snake found in Texas that is responsible for the highest number of fatalities caused by snakebites in the US. It is 4 feet long with males growing larger than females. Also known as Texas diamond-back, this snake is very aggressive and dangerous. Additionally, they are ectotherms; meaning their body temperatures are dependent on the external environment rather than the internal physiological processes.

This page was last updated on November 4, 2019.
By Sharon Omondi