The location of Italy, close to the convergent boundary of the African and Eurasian Plate, makes it have numerous active volcanoes. Three of the nation's volcanoes have erupted in the last 100 years namely Mount Vesuvius, Mount Etna, and Stromboli. Italy is the only nation with active volcanism in all of mainland Europe. Some of the notable active volcanoes of Italy are mentioned below: 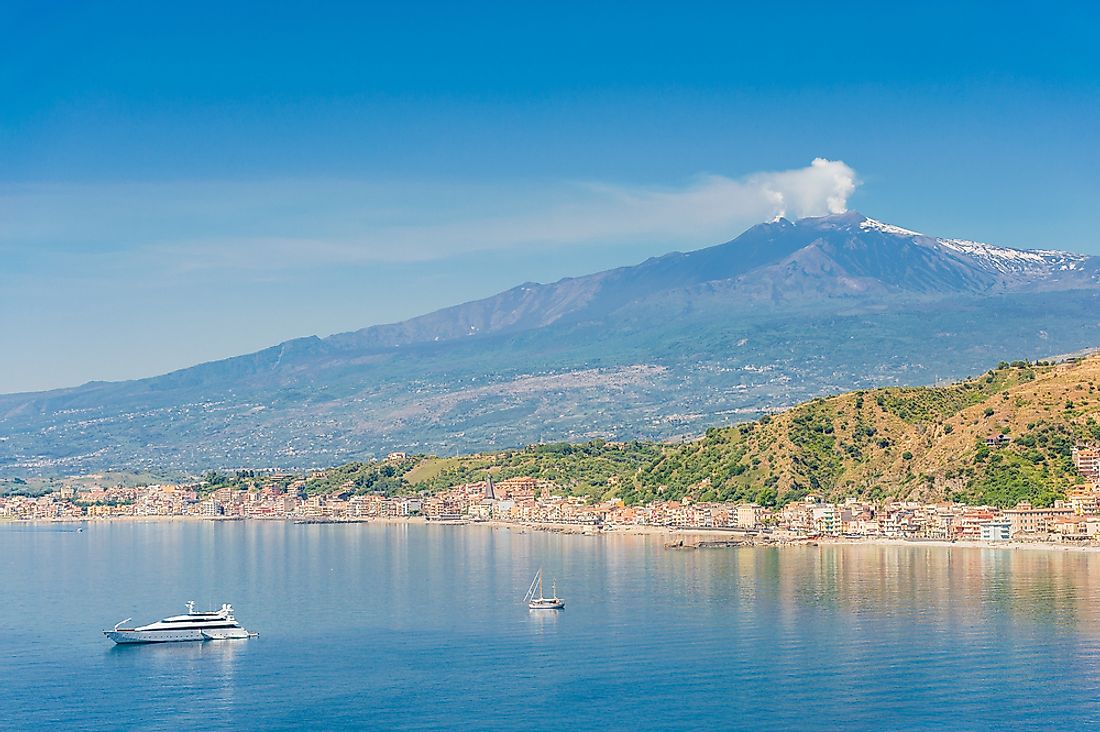 Mount Etna lies on the east coast of Sicily in Catania. It ranks as Europe's tallest volcano and its current height of 10,922 feet changes with summit eruptions. The mountain occupies an area of 459 square miles and has a basal circumference of 87 miles. Greek Mythology identifies the mountain as where the monster Typhon was trapped by the king of gods named Zeus who was also the god of the sky and thunder. The forges of Hephaestus were believed to be situated under Mount Etna as well. Volcanic activity began occurring at the mountain roughly 500,000 years ago. Diodorus Siculus, a Greek historian, was the first to write a record of Etna's eruptions. Most of Etna's eruptions happen at the summit although several take place on the flanks. The volcanic soils enable plantations such as orchards and vineyards to thrive on Etna's lower slopes. 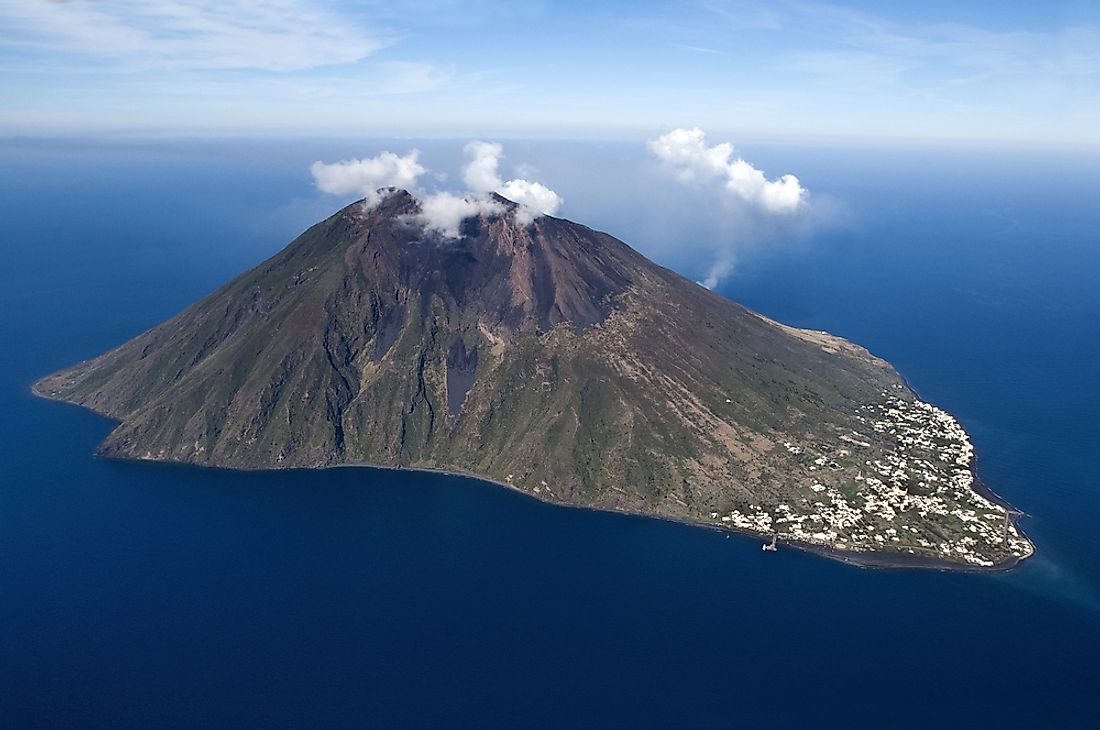 Stromboli is among the 8 Aeolian Islands which form a volcanic arc north of Sicily. Stromboli rises to 3,034 feet above sea level and more than 8,860 feet above the sea floor. Stromboli lies in the Tyrrhenian Sea, and it is inhabited by about 500 residents. Stromboli has erupted numerous times, and it is always active with minor eruptions which can be sighted from several points on the island earning the island the name "Lighthouse of the Mediterranean." There exist three active craters at Stromboli's peak. Eruptions typically happen at the summit craters, and mild to moderate eruptions of luminous volcanic bombs occur at intervals ranging from a few minutes to hours. This kind of eruption is called the Strombolian eruption. 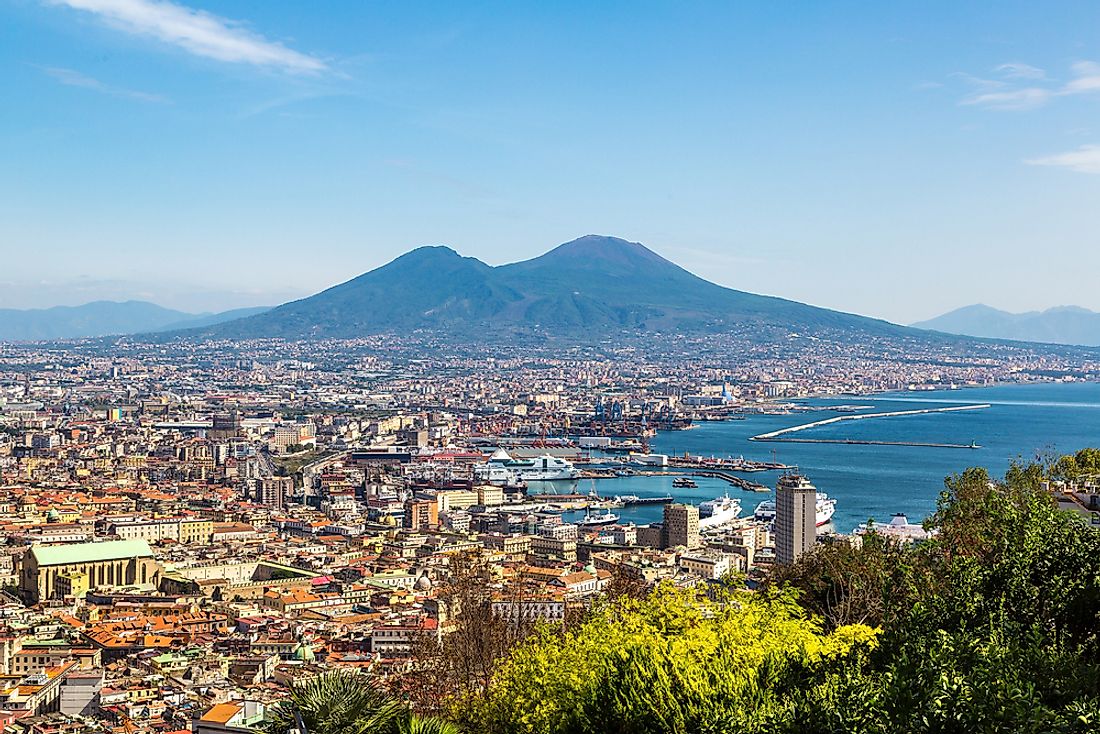 Mount Vesuvius lies on the Gulf of Naples in the region of Campania. It is among the volcanoes that make up the Campanian volcanic arc. The mountain is notable for its eruption in AD 79 which is associated with the complete devastation of the Roman cities of Herculaneum and Pompeii in addition to other settlements. The volcano is today regarded as among the world's most dangerous volcanoes as its explosions are highly acidic and more than 3 million people reside in its surrounding. The mountain's last explosion was in 1944.

The southwestern region of Sicily is home to a field of submarine volcanoes known as Campi Flegrei Mar Sicilia. The highest peak in this area is 26 ft below sea level. This volcano includes the massive underwater volcano called Empedocles and Graham Island. The last observed eruption occurred in 1867 from a vent named Pinne.

Contribution Of Volcanoes To Italy’s Tourism

Italy's volcanoes have made it famous worldwide. Hiking tours up the volcanic mountains are popular tourist activities. Mount Etna, which has been recognized as a heritage site by UNESCO, attracts numerous tourists since it is in a constant state of volcanic activity. Lava-like rocks emitted by Stromboli glow orange at night making it a fascinating adventure for visitors.

Are There Any Active Volcanoes In Europe?