There are more than 3,000 species of snakes worldwide found on every continent on the planet except for Antarctica due to the extreme cold conditions. Snakes come in different sizes, shapes, and colors depending on the environment they have become adapted. The smallest snake is the thread snake which measures a mere 3.9 inches while the largest one is the reticulated python that can grow to more than 29 feet long. New Mexico is renowned for having high population of snakes; there are approximately 46 snake species found in the region out of which eight are classified as venomous. Some of the venomous ones include the following.

Rattlesnakes are the most famous snakes in North America and the most common in New Mexico. Rattlesnakes are easy to spot thanks to the rattle noise they make using their tails that are made of rings formed from keratin. When faced with danger the rings scrape against each other to create the all too familiar rattle sound that usually precedes an attack. There are several types of rattlesnakes each with the distinct features that set it apart from the other; they include the following: 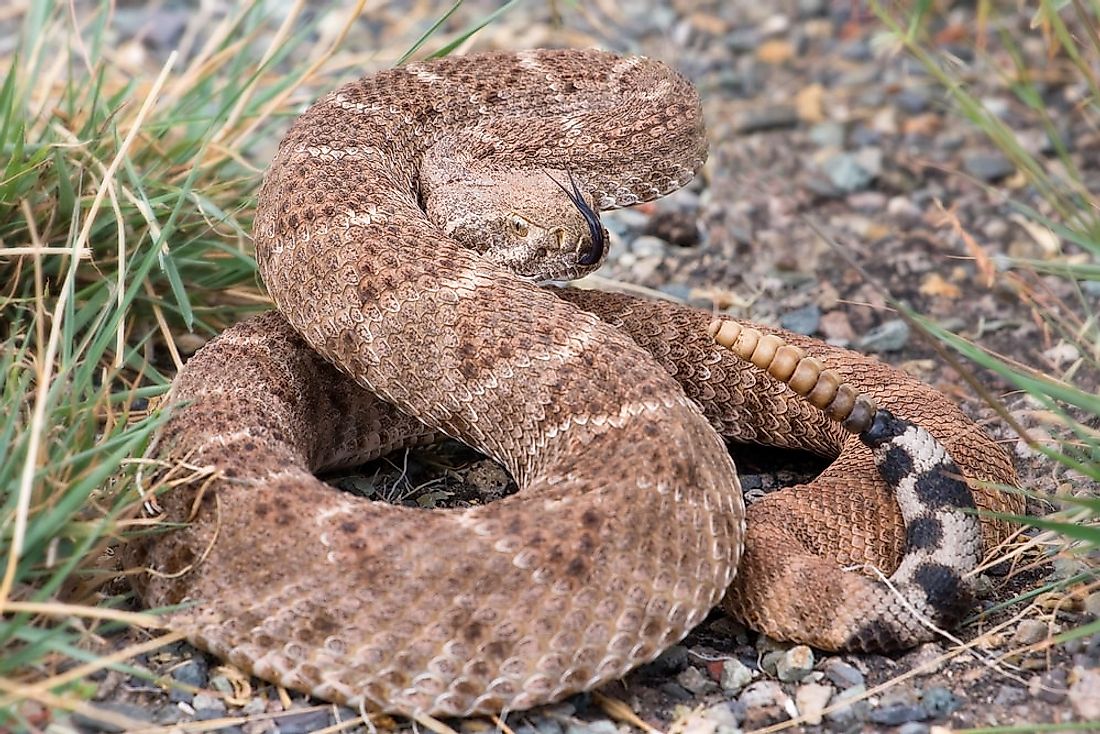 This snake is found in all the regions of New Mexico with its preferred habitat being the flat plains and rocky canyons. It is the largest of the rattlesnake species that grow to up to 7 feet. It is heavy and thick-bodied with varying color schemes that range from grey, yellowish grey, pinkish to dark tan with white blotches that are shaped like diamonds. It has a cheek-stripe that runs from each eye going diagonally down to the corner of the mouth line. Like other rattlesnakes, it has a triangular head and rings on the tail that rattles when they are in danger.

The Ridgenose is a relatively small snake that grows from between 1.5 and 2 feet in length. The body takes on a chocolate-reddish tinge with narrow white bands that cross the body; sometimes these bands are broken making them appear as blotches on the flanks. The nose has a row of scales upturned to form what resembles a ridge sitting on a triangular head that is wider than the neck, hence the name Ridgenose. 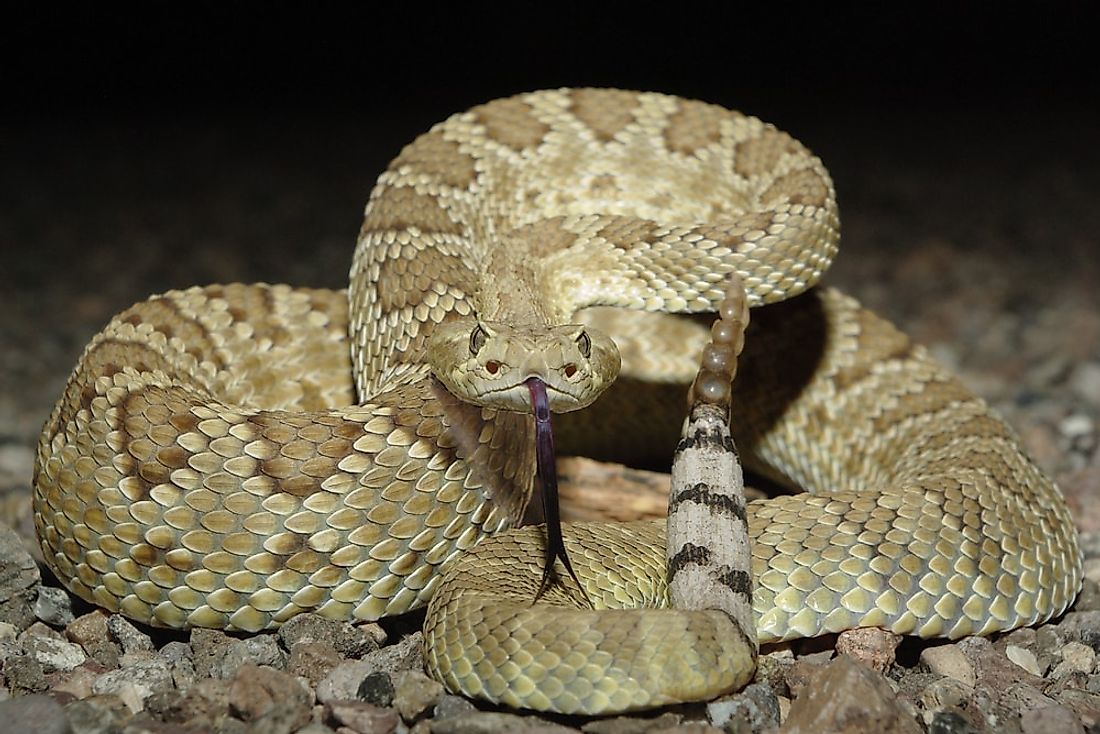 Commonly found in the southern part of New Mexico where it thrives in grassland areas and flat terrain. The snake is often greenish grey or olive green with a belly that is white. The Mojave Rattlesnake is extremely dangerous with a very potent venom that can kill in a matter of minutes. A mature Mojave snake can grow to 5 feet in length and has very heavy and thick body. 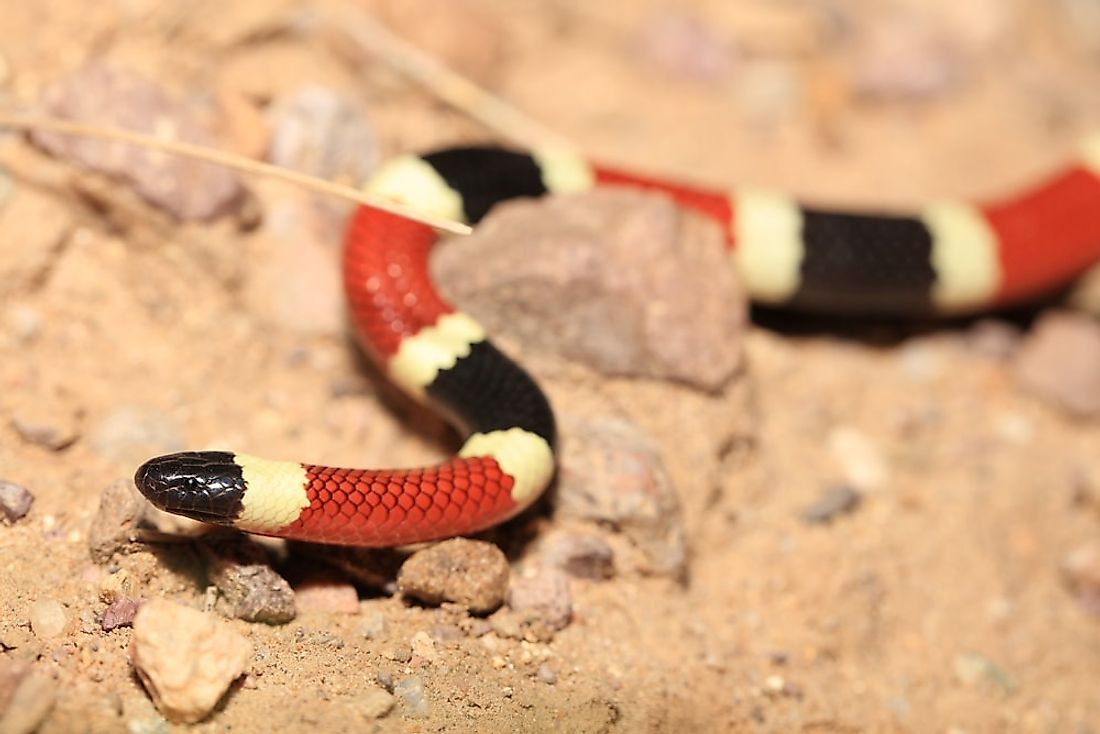 Aside from the rattlesnakes, there is also the western coral snake that is mostly found in the Catron and Hidalgo counties of New Mexico. They rarely come close to human settlements, but they do have a very poisonous bite, their venom is the second deadliest among snakes after the black mamba. Coral snakes are characterized by a black nose and a brightly colored body that usually has rings of red and black separated by narrow rings of yellow or white that encircle the whole body. The coral snake never grows very large, with adults measuring about 21 inches in length with a very slender body. Their fangs are fixed, and their diet consists of lizards, mice and other smaller animals including other snakes.

Aside from their natural habitats in the wild sometimes the snakes wander into homes and areas that are close to human settlements. Being cold-blooded these snakes always try to find warm places to hide, and that is how they end up in conflict with human beings. Rattlesnakes and coral snakes love hiding inside firewood and haystacks, among old lumber piles, in gardens and flower beds that have heavy mulch. They also love untrimmed bushes and tall grasses, abandoned buildings, cluttered basements where mice may be residing as well as feed storage areas like barns.

The Venomous Snakes Of New Mexico