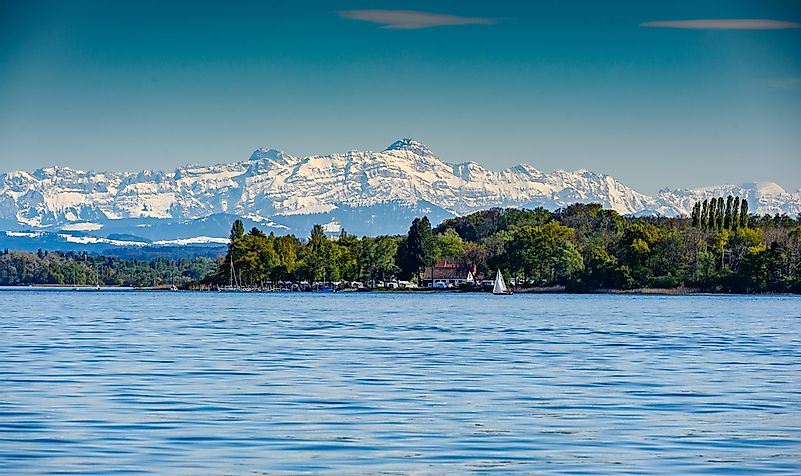 Lake Constance is one of Europe’s two international lakes that are shared by three countries, the other being Lake Great Prespa. Lake Constance spans across parts of Germany, Austria, and Switzerland. The Rhine is its primary inflow. The river flows into the lake from the south. The river also drains the lake as it leaves it and flows westbound towards Basel. Lake Constance is Central Europe’s third biggest lake by surface area. It covers 536 square km. The lake can actually be divided into three bodies of water, These include lakes Obersee and the Untersee, and a connecting river between them called the Seerhein.

Lake Geneva is a famous lake that is located on the north side of the Alps. France and Switzerland share this lake. It is one of the biggest lakes in Western Europe. It occupies a surface area of 580.03 square km. 59.53% of the lake’s area is in Switzerland and 40.47% is in France. The Rhône river which is fed by the Rhône glacier passes through Lake Geneva. It is both the lake’s primary inflow as well as primary outflow. The Rhône drains into the Mediterranean Sea. The Dranse River also feeds Lake Geneva. 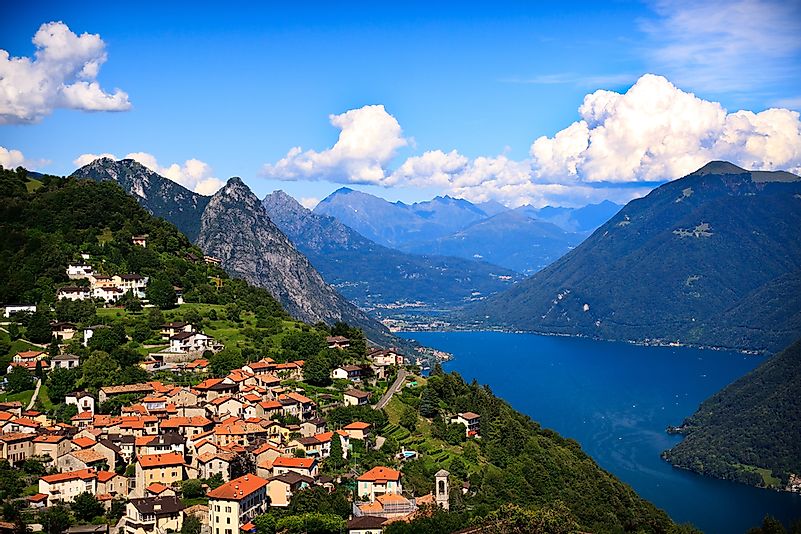 Lake Lugano, an international lake in Europe, is shared by Switzerland and Italy. It is a glacial lake located in the Italy-Switzerland border. Surrounded by mountains, the lake is associated with great scenic beauty. Glacier-fed rivers like Cuccio, Cassarate, and Vedeggio feed the lake while The Tresa River is its primary outflow. The river leaves the lake to enter another international lake, Lake Maggiore.

The massive Lake Maggiore straddles the border between Italy and Switzerland. It is Italy’s second largest lake and the largest one in southern Switzerland. It is an alpine lake that has a surface area of 212.5 square km. Four rivers, the Toce, Tresa, Ticino, and Maggia feed the lake. The Ticino river also leaves the lake and drains its waters into the Po River.

Lake Neusiedl is another international lake in Europe. It is located on the border between Austria and Hungary. It is Central Europe’s biggest endorheic lake and covers an area of 315 square km. The majority of its area (240 square km) is part of Austria while only 75 square km is in Hungary. The lake receives its water from precipitation and the Wulka river. It loses water primarily through evaporation. 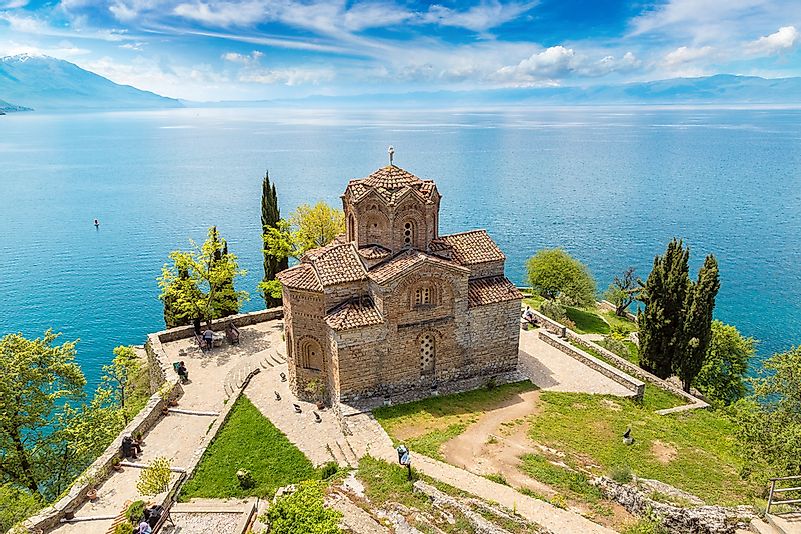 This lake spans across the border between Albania and the Republic of Macedonia. It is one of the continent’s most ancient and deepest lakes. Over 200 endemic species live in its waters. Thus, it has been declared a UNESCO World Heritage Site.

An artificial lake, the Valle di Lei, powers the Hinterrhein storage power stations. Most of the lake’s area is part of Italy but a small part of it extends into Switzerland. The reservoir has a maximum length of 7.7 km, a surface area of 4.12 square km, and a maximum depth of 436 feet.

Lake Vištytis is located on the Russia-Lithuania border. The Vištytis Regional Park protects the lake and its surrounding environment. Several flowing streams and tributaries enter the lake while the Pissa River drains it.

This karst lake is located on the Albania-Montenegro border. It is Southern Europe’s largest lake. The Albanian section of Lake Skadar has been designated as a nature reserve and a Ramsar site.

Lake Great Prespa is shared by three countries, Greece, Albania, and the Republic of Macedonia. It has a total surface area of 274 square km. The lake is fed by underground streams and is connected to Lake Ohrid by subterranean channels. A greater part of the Lake Great Prespa is located in the Republic of Macedonia. It is a major fishing and tourist center in the region.

The Small Prespa Lake is shared between Greece and Albania. It is located to the south of the Lake Great Prespa. St. Achilius is a tiny island in this lake that is associated with a lot of history. It was the capital of the Bulgarian tsar Samuel in the 10th century. 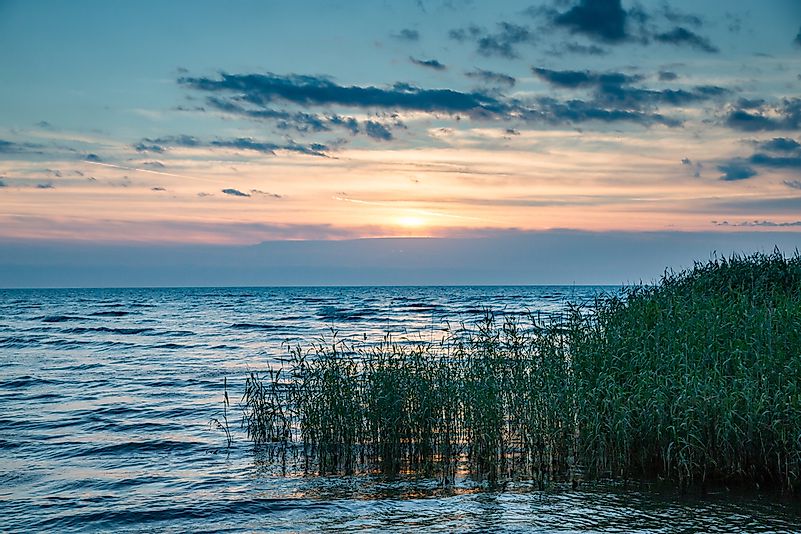 Lake Peipus is Europe’s largest transboundary lake. It straddles the border between Russia and Estonia. It is the continent’s fifth biggest lake. It can be divided into three parts. These are Lake Peipsi (2,611 square km), Lake Pskov (708 square km), and Lake Lämmijärv which is the sound connecting these two lakes (236 square km).

This page was last updated on January 28, 2019.
By Oishimaya Sen Nag

The 13 International Lakes Of Europe