Animals fight for various reasons. They can do this in defense, or as a way of keeping predators out of their feeding zone. Fights between the mongoose and cobra have gained popularity throughout history because of how fiercely they end. The cobra is well known for its venom, while the mongoose is respected as one of the few snake-fighters existing on the earth.

Characteristics Of The Mongoose

The mongoose is a small, carnivorous animal found in Southern Europe, Asia, and Africa. There are 29 species of mongoose and most of which are found in Africa. Each of these species looks different; however, all of them feature a long body, a bushy tail, and short ears. Mongooses are known for their agility and fearlessness, and they can attack even the most venomous snakes. They stay in colonies, and scientists consider them nondiscriminatory predators because they eat every animal as long as they can kill it.

Characteristics Of The Cobra 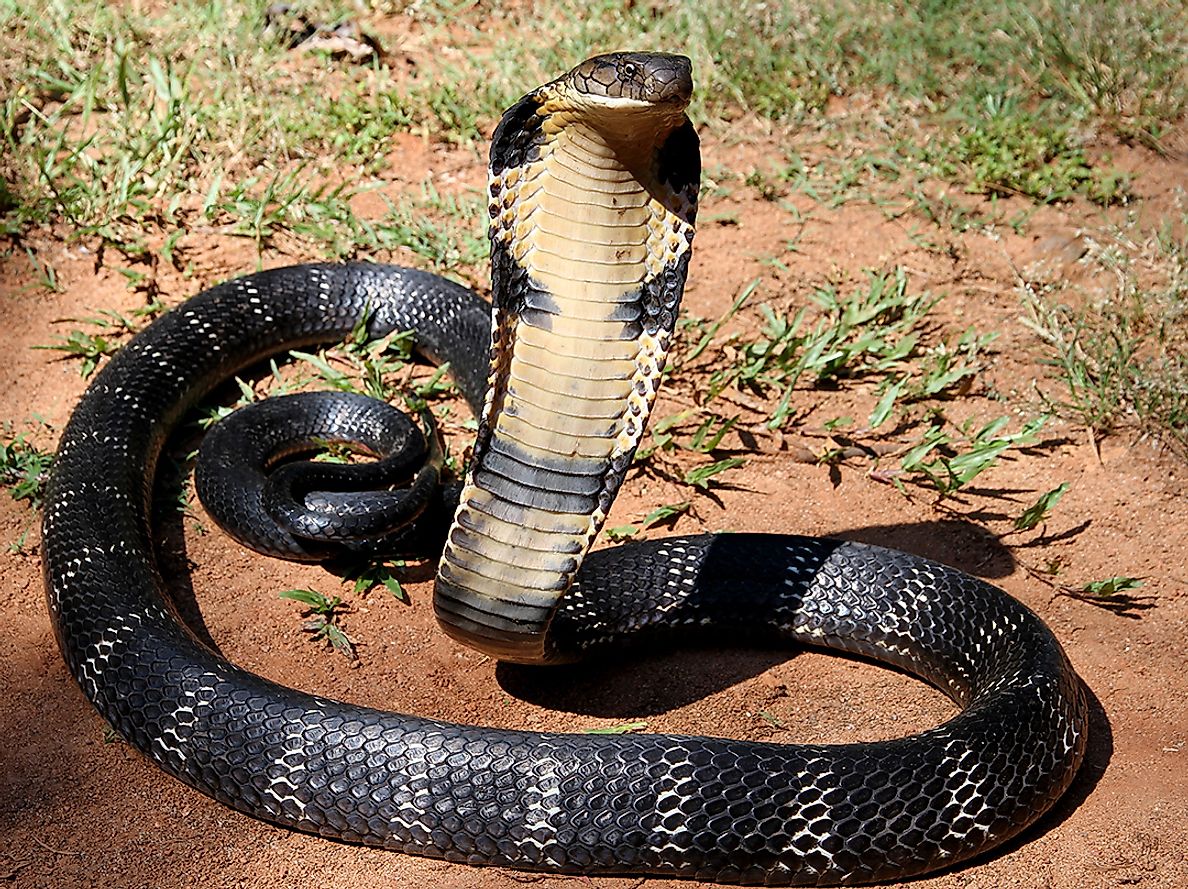 Many animals, including humans, fear the cobra for its venomous bite. A large number of cobras are found in India, Africa, Indonesia, Southeast Asia, and the Middle East. The name cobra is derived from “cobra de capello,” a Portuguese word that means “hooded snake.” The number of cobra species in the world range between 28 and 270 based on the way the cobra is defined. These species cover all venomous snakes that fall in the Elapidae family of snakes. The snakes either have a hood or possess the ability to lift the upper part of their bodies off the ground. Cobras feature hollow fangs located on the upper jaw of their mouth. The fangs are not strong enough, and the cobra can only use them to inject venom on its prey or anything trying to attack the snake. Cobras also possess a high sense of vision and smell. Their color varies depending on the type. Common colors include black, red, and yellow, although some are patterned with several other colors. The average length of an adult cobra is 6 feet but can get to 9 or 10 feet depending on the species.

Although cobras rarely eat mongooses, the mongoose can kill and eat cobras as well as other venomous snakes. The venomous nature of the cobra is not enough to stop a hungry and determined mongoose. The mongoose has thick fur and some specialized receptors that make it immune to the cobra’s venom. In a fight between a cobra and mongoose, it is more likely that the mongoose will win. Many people would think that cobra will triumph in such a battle. This thought is based on the fact that the mongoose is a tiny animal and that the cobra’s venom would have the same effect on the mongoose as it would have on other animals. The Indian Grey Mongoose, specifically, is highly immune to cobra bites. However, some mongoose species like the ones living in the wild may avoid the cobra since they feed on several other animals and are not used to fighting for their meals. Why Mongoose Is Able To Win Against A Cobra?

The mongoose is agile and swift. It possesses strong jaws and a tough skin that tends to resist cobra fangs. Despite its small size, the mongoose will always challenge the cobra despite its toxic venom that is capable of killing humans within 30 minutes. Cobra venom contains an active ingredient known as alpha-neurotoxin, which binds itself to acetylcholine receptors of its prey and hindering the coordination of muscles and nerves. This venom results in paralysis and respiratory failure. The body of the mongoose is capable of generating a glycoprotein that attaches itself to this active toxin. Therefore, a mild amount of venom does not affect the mongoose in any way, making it survive the bites. This trait, together with the mongoose’s hunting skills, make it harder for any snake to bring it down, including the king cobra.

How The Mongoose Attacks?

The cobra is one of the most venomous snakes in the world. The king cobra can grow to a length of 20 feet. However, as tiny as the mongoose is, it is still capable of rendering the cobra powerless through biting its head and neck. Most snakes avoid getting into a battle with mongooses but will try to fight if they are cornered and cannot escape. The mongoose is so swift in its attacks. It can easily dodge cobra strikes by leaping. When it holds the cobra correctly, it can bite deep into the skull. The cobra may try to defend itself by wrapping around the mongoose. However, the mongoose will always overpower it in a matter of minutes. Apart from human beings and the mongoose, few other animals are cobra’s predators. The cobra eats many other animals that are larger than the mongoose, but it can never dare prey on the mongoose. In most cases, the mongoose does not eat the cobra after killing it. When it does, it consumes everything, including the venom sacs.

Immunity To The Venom

The mongoose is not 100 percent immune to the cobra’s venom, but there has to be a substantial amount of venom for the mongoose to die. The mongoose can only get bitten by the cobra when its leaps are inaccurate. It rarely loses the battle since it is believed that about eight times the amount of venom that kills a rabbit is required to cause the death of a mongoose. Out of all the fights between cobras and mongooses, the mongoose wins between 75% to 80% of the battles. The mongoose might die from eating the poison from the cobra. Several mongooses have been killed after eating a poisonous snake, and its fangs punctured their stomach lining.

The Mongoose As A Pet

Although the mongoose seems to be fearless, some of its species have been successfully kept as pets. Most people get discouraged by the fact that mongooses can become dangerous. The animal can only make a good pet if its dietary and habitat needs are met. Its growth and lifespan largely depend on the kind of foods provided. Those who have succeeded start rearing the mongoose as a pet at a young age. Domesticating them at a more advanced age makes it difficult for them to adjust to the new surroundings. Depending on the location, a license may be required to keep the mongoose at home. For instance, keeping the mongoose as a pet in the US is illegal. Mongooses may be friendly to humans and fail to befriend other pets. They could attack and eat other animals, and therefore they must be observed at all times.

Mongoose Vs Cobra: Who Would Win?

Out of all the fights between cobras and mongooses, the mongoose wins between 75% to 80% of the battles.

This page was last updated on February 20, 2020.
By Benjamin Elisha Sawe