Dams are physical barriers that prevent or limit the flow of water. They can form naturally or be purposely built, and create reservoirs that provide water for human consumption, irrigation, industrial use, navigability, aquaculture, and hydropower generation. Dam building dates back thousands of years, as Ancient Egyptians and Mesopotamians constructed irrigation dams.

The Jawa Dam in Jordan is the oldest known dam in the world, which was built in 3000 BC to supply water to local villages. The Ancient Greeks and Romans also built extensive irrigation dams. The oldest of the more recent era of large dams is the Aswan Low Dam in Egypt, which was built in 1902 along the Nile River to supply water to millions of Egyptians without an alternative water source. The 20th century experienced a boom in dam construction, and by early 21st century, more than 800,000 dams had been built. There are various types of dams based on use, size, and construction materials.

Types of Dams by Purpose

Storage dams are the most common type of dam. In fact, all dams are built to store water unless otherwise stated. Storage dams collect water during the rainy season for use in the dry season, to control floods, and for irrigation.

Diversion dams are intended to collect water diverted from rivers. They are usually constructed to avoid hindering the natural course of a river, and create enough pressure to divert water through channels to farms for irrigation. Diversion dams are common in areas with large plantations, and mostly rely on gravity to channel water. 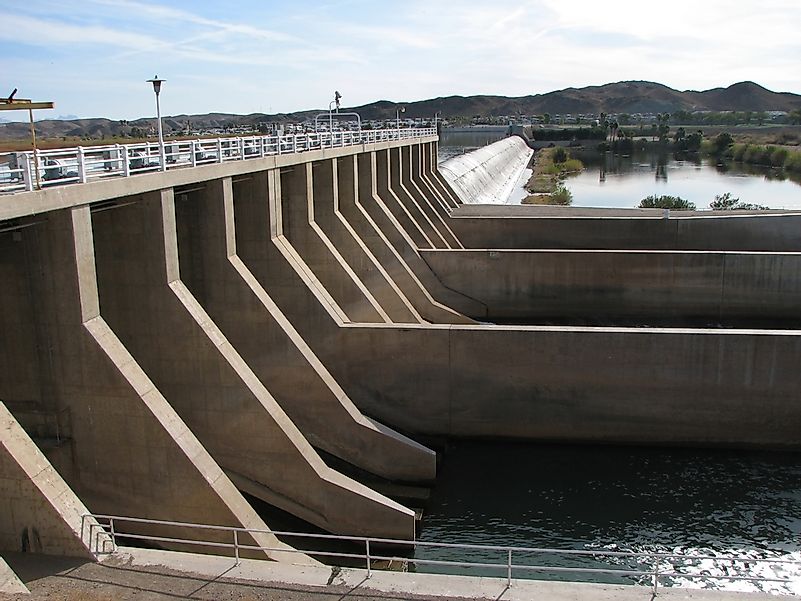 Built for flood control, detention dams are generally constructed downstream and on a level surface to prevent a river from breaking banks. The water that is collected is released at a controlled rate long after flash floods cease. Several detention dams can be built along a river to protect cities and urban environments.

Debris dams are built to retain debris flowing in a river, such as gravel, sand, and wood. These dams are typically constructed close to storage dams to reduce sediments. There can be several debris dams built along a river, and heavy machines are used to clean the dams periodically.

Types of Dams by Design and Structure

Gravity dams are massive dams built of concrete that store large volumes of water. The weight of the dam is strong enough to resist the pressure pushing against it. The water is then released gradually downstream by gravity. Most gravity dams are built along narrow gorges and rely on a solid foundation for stability. Major gravity dams include the Grand Coulee Dam in the United States and the Itaipu Dam in South America, along the border between Brazil and Paraguay. 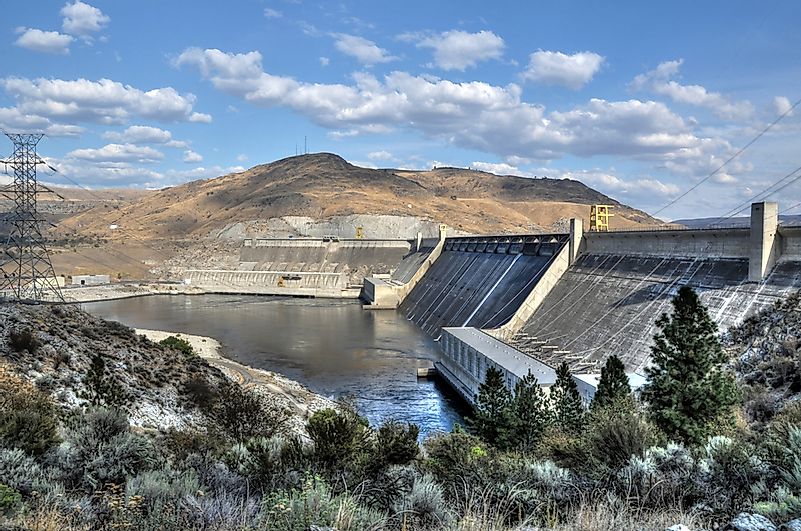 An earth dam is constructed by compressing layers of earth. The inner and outer sections of the walls are lined with crushed stones to prevent water and wind erosion. Several spillways are constructed to avoid overflow and to guide water out of the dam in a controlled manner. Earth dams are usually built in wide valleys where the force or pressure of the water is minimal. Major earth dams include the Rongunsky Dam in Russia and New Cornelia Dam in the United States.

Arch dams are arch shaped and curved upstream, so that the arch transfers the pressure towards the abutments. This type of dam is usually built along narrow canyons with strong banks capable of resisting the force produced by large volumes of water. 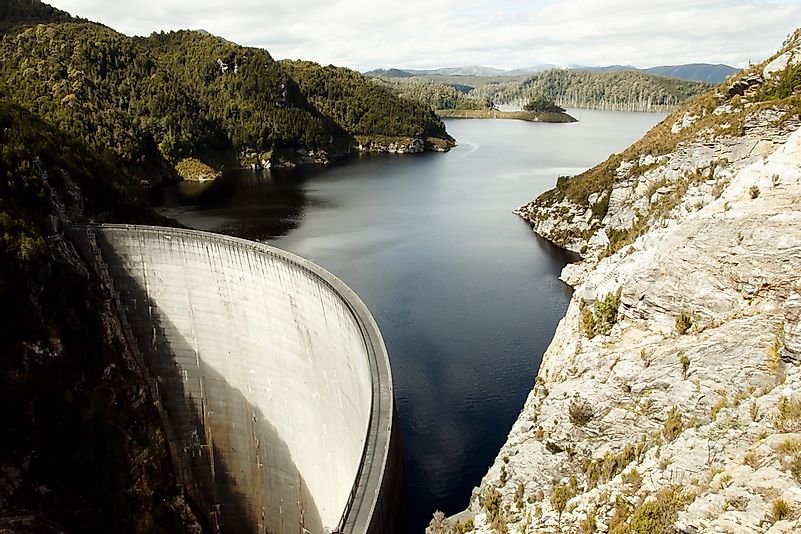 A barrage dam consists of several large gates that are opened or closed to limit the amount of water flowing through the dam. These types of dams are mostly used for irrigation purposes or to control floods. They can also be used for hydroelectric power generation. 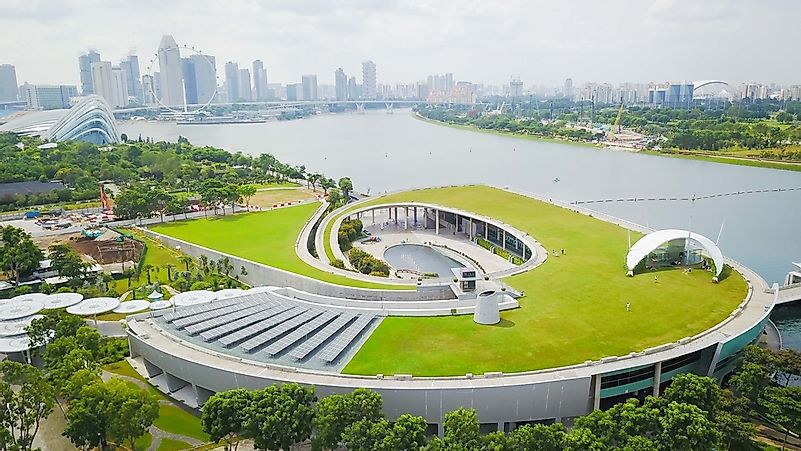 Tailing dams are constructed near mines in order to store mining waste that cannot be released into landfills or rivers. Tailing dams are constructed by digging out the earth and laying a solid foundation that prevents the stored water from seeping out. The wastewater flows through a treatment process before being released into streams and rivers.