On average, sharks kill ten people every year, while humans kill millions of sharks within the same period. The tiger, great white, and bull sharks attack a double-digit number of human fatalities while unprovoked. The countries which record high numbers of shark attacks have been shown to record more data on the occurrences compared to other nations.

Sharks assume the position of alpha predators in their marine habitat. The Orca whale is perhaps the only animal with the ability to instil fear in sharks. Sharks do not actively pursue humans as prey because human bodies have inadequate high-fat meat. In most cases, shark attacks on humans are test bites where the shark becomes curious after encountering an unusual creature and subsequently explores by biting. The shark will mostly leave the victim after one bite, but it can prove fatal if it is a powerful species. Because sharks swim away after an attack, often humans can get out in time and survive. Sharks will also attack when territorial, or fighting for dominance with another shark species.

From 1958 to 2014, the US, Australia, and Africa registered 1,104, 536, and 346 unprovoked shark attacks respectively. It's important to note that the US figures do not include Hawaii which recorded 137 attacks in the same period. Asia had 129 attacks while South America confirmed 117 unprovoked shark attacks. In 2014, 72 shark attacks were reported across the world. Of these attacks, 52 occurred in the US, the most of any one nation. The attacks of 2014 led to the death of three people, one in South Africa while the other two were in Australia. 28 of the attacks in the US took place in Florida where 10 of them were recorded in Volusia County. New Smyrna Beach in Volusia County records more shark bites than any other area of the world. The majority of the shark attacks occurred on victims who were surfing. Other victims are attacked while wading, swimming, or snorkeling. 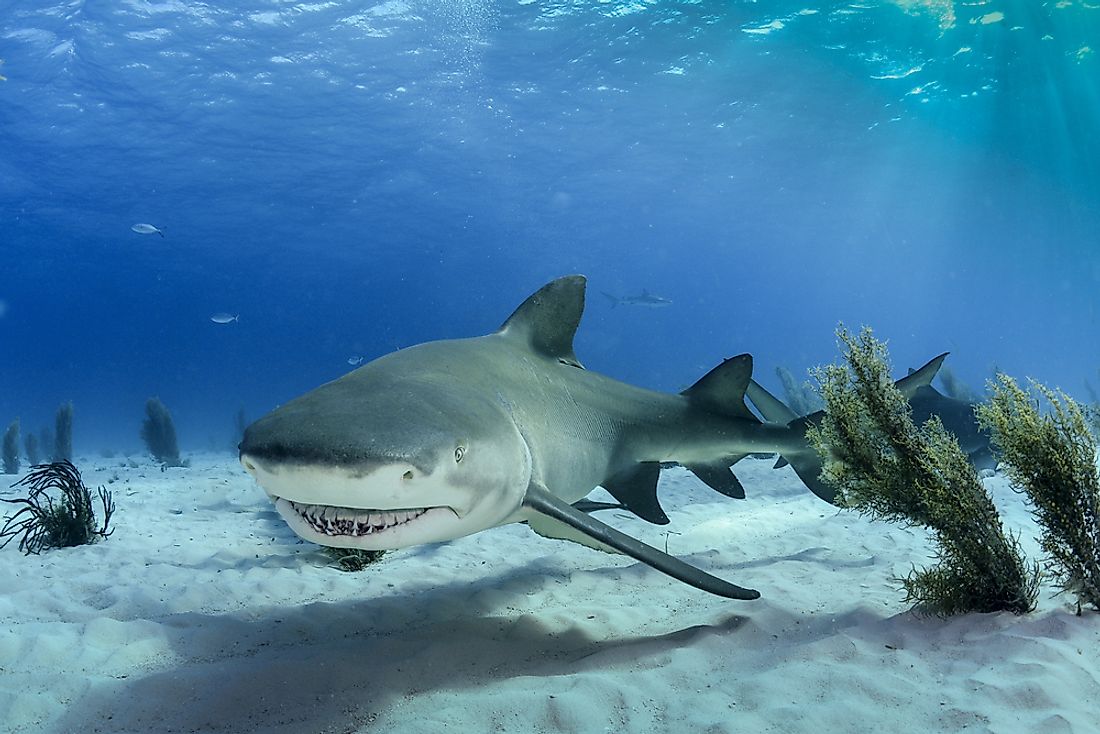 Don't let the friendly smile fool you; sharks will bite.

Sharks can attack a person if provoked through touching, teasing, or poking, as well as if it is speared, hooked or caught in a net. If an attack happens outside of its natural habitats such as in research facilities and aquariums, it is classified as provoked. Unprovoked bites, on the other hand, are initiated by the shark species and happen in its natural environment with the absence of human provocation. Unprovoked attacks can either be hit-and-run, sneak, or bump-and-bite. In a hit-and-run attack, the shark makes a swift bite and retreats. It is a common type of attack, and it happens in murky or surf zones where the shark is often not seen. While hit-and-run attacks are often a case of mistaken identity, sneak attacks are intentional and aim to consume the victim. These attacks are rarely reported but are often fatal. The shark leaves the victim with several deep bites. Bump-and-bite attacks are also believed to be intentional. The species circles and bumps the potential victim before it bites. Great whites are mostly associated with these attacks, where they do a test bite to determine what creature is before them.

Four non-fatal injuries were reported on December 1, 2010, off the Red Sea coast in Sharm El Sheikh, Egypt. On December 5, 2010, a German woman was attacked and killed in the same region. On July 1916, a series of shark attacks left four people dead and one injured along New Jersey’s coast in the US.

How Common Are Shark Attacks?

Shark attacks are not as common as many people think. On average, sharks kill ten people every year.

This page was last updated on April 25, 2017.
By Benjamin Elisha Sawe

How Common Are Shark Attacks?