There are few things more environmentally tragic than the loss of a species through extinction. However, luckily, there have been occasions that species that were believed to be extinct were rediscovered. Some examples of such animals are found below.

The Albany adder snake is an extremely rare viper sub-species of the Bitis cornuta that is found in the southern and Eastern Cape province in South Africa. The 8.9 inch snake is reddish brown to brown with some bumps over its eyes. The species had disappeared for over a decade, and was generally believed to be extinct until four live and one dead species were found in 2016 and early 2017. Still, researchers have only seen twelve specimens since the snake's initial discovery in 1937.

Also referred to as the eastern native cat, the eastern quoll is a medium-sized marsupial native to Australia. These marsupials are widespread and locally found in Tasmania, but they have been extinct in the mainland since the 1960s. The eastern quoll is one of the six extant quoll species, but biologists reintroduced them in Tasmania, and currently, they are present in the Bruny Island. 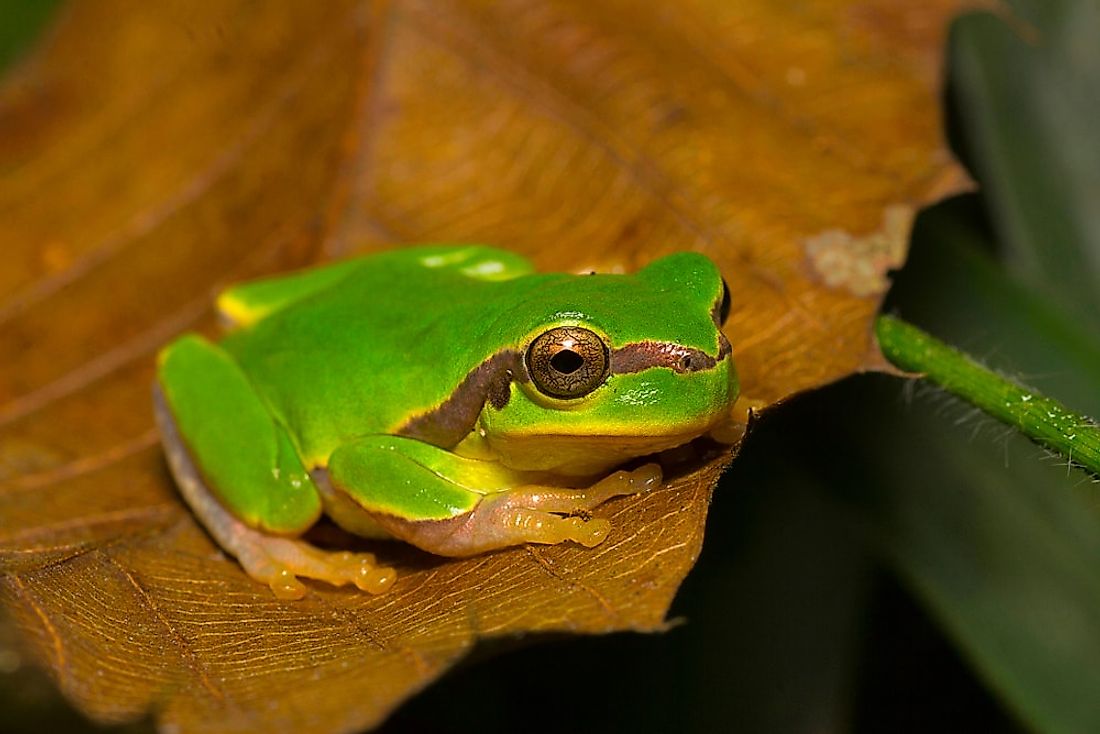 The tree frog is a unique 20 inch long species that breeds on trees. Thomas Jerdon discovered this species in 1870 in Darjeeling forests. The frog has been reclassified four times since its discovery, and it was extinct until Sathyabhama Biju and his team of scientists rediscovered it in the North-eastern jungles of India in their three years expedition which started in 2007.

The Babbler is a small brown species which resembles the house sparrow in size. The bird was also initially described by Thomas Jerdon in 1862, with the last known sighting happening in 1941. In May 2014, a team of scientists in Burma heard the frog's call and after investigating the peculiar sound, they discovered an adult Jerdon’s babbler. 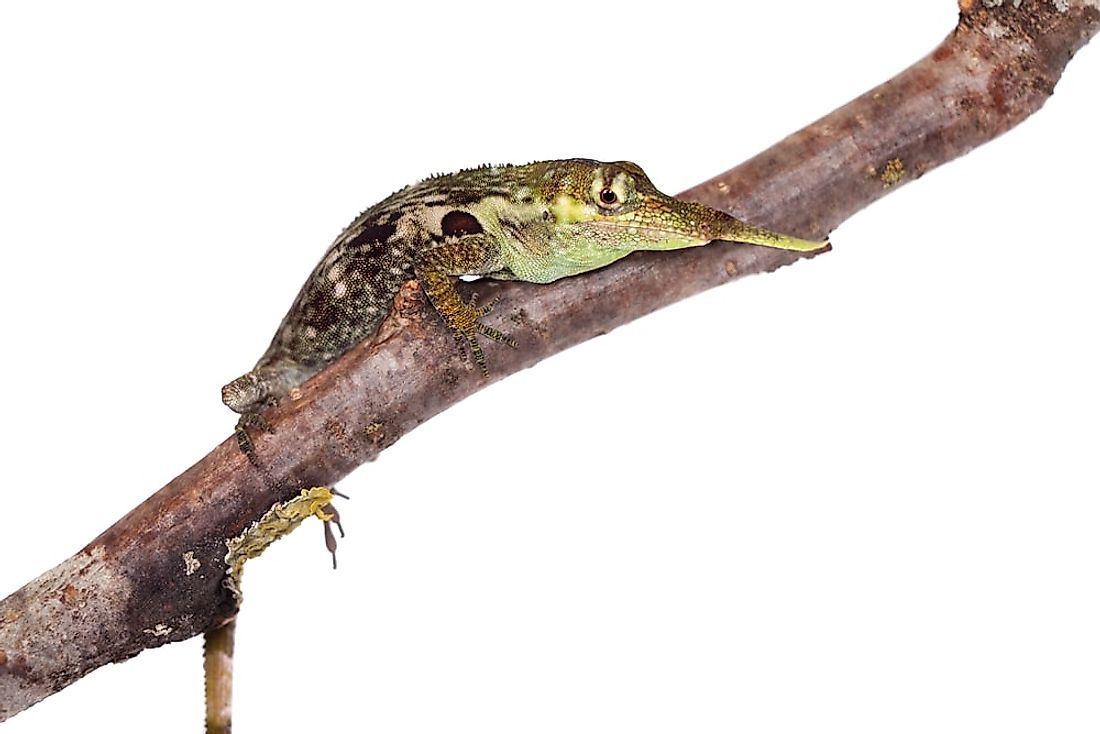 The pinocchio lizard is a small species that belongs to the Anolis genus of Dactyloidae family. One male Pinocchio lizard was discovered in Ecuador in 1953 and was formally described in 1956 by Orces and Peter. After that, the species went undiscovered for years until when it was spotted in 2007. Currently, its habitat is small vegetation growing along the highway in Ecuador, and the IUCN (the international union for the conservation of nature) has classified it as endangered.

The two foot tall musk deer species is native to Pakistan, India, and Afghanistan. It was previously described as a sub-species of the Alpine-musk deer. The Kashmir deer is one of the seven species residing in Asia. In fact, it was listed as endangered in Pakistan and had been considered extinct since its last sighting in 1948. However, three species were found in 2009 during a wildlife conservation society survey in Nuristan, Afghanistan. 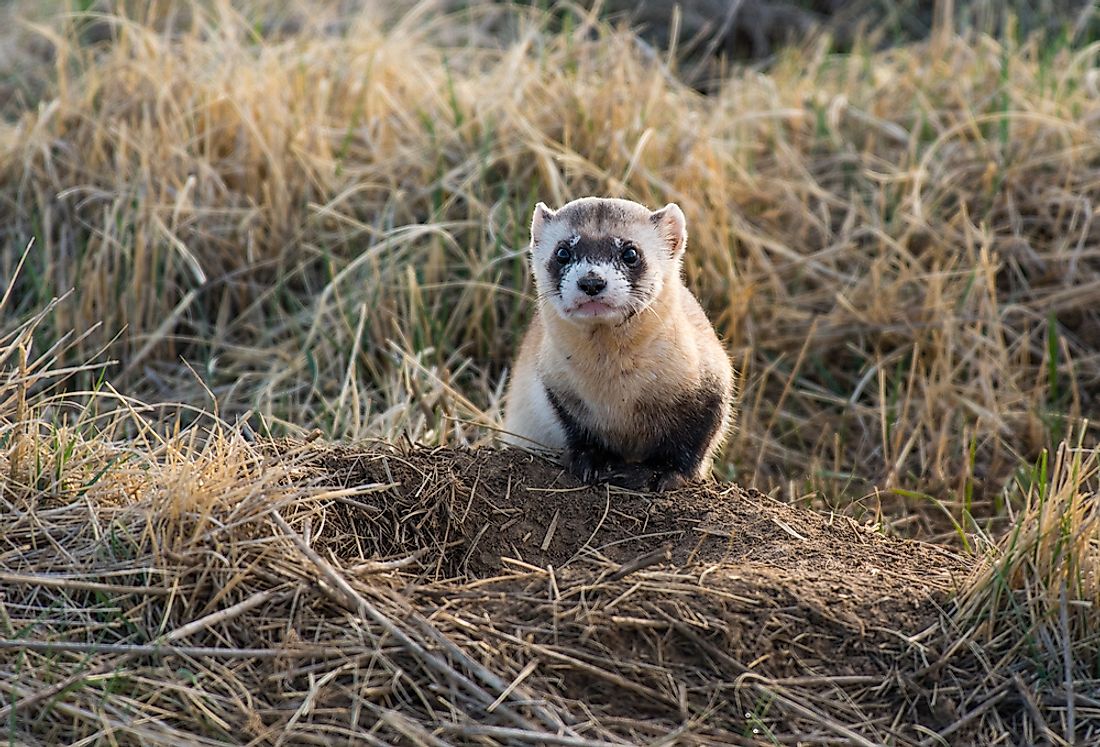 Also referred to as the prairie dog hunter, the black-footed ferret is a mustelid species that resides in central-north America. In 1851 by Bachman and Audubon discovered the black-footed ferret, but its population declined in the 20th century until 1987 when it became extinct in the wild. It was later reintroduced in 8 states and Mexico by a captive breeding program from 1991 to 2008. Currently, there are over 1,000 mature black-footed ferrets in the wild, and UNICEF listed it as endangered.

The crested gecko is a gecko species native to the southern parts of New Caledonia. The species was discovered by Alphone Guichenot, a French zoologist, in 1866. Crested gecko is quite common in the pet trade but was considered extinct in the wild until its rediscovery in 1994 alongside other Rhacodactylus species.

The Oncoryhynchus kawamurae, also known as Black kokanee, is a Japanese salmon species that was believed to have gone extinct in 1940. Biologists considered it extinct after the introduction of a hydroelectric project in its habitat (Lake Tazawa) increased the acidity level of the lake. Before the installation of a hydroelectric plant in the lake, biologists transferred over 100,000 eggs of this species to the southern part of Lake Tazawa, in the hope of saving the species, but it was believed to be unsuccessful until a team of biologists including Sakana-Kun rediscovered this species in Lake Saiko in 2010. 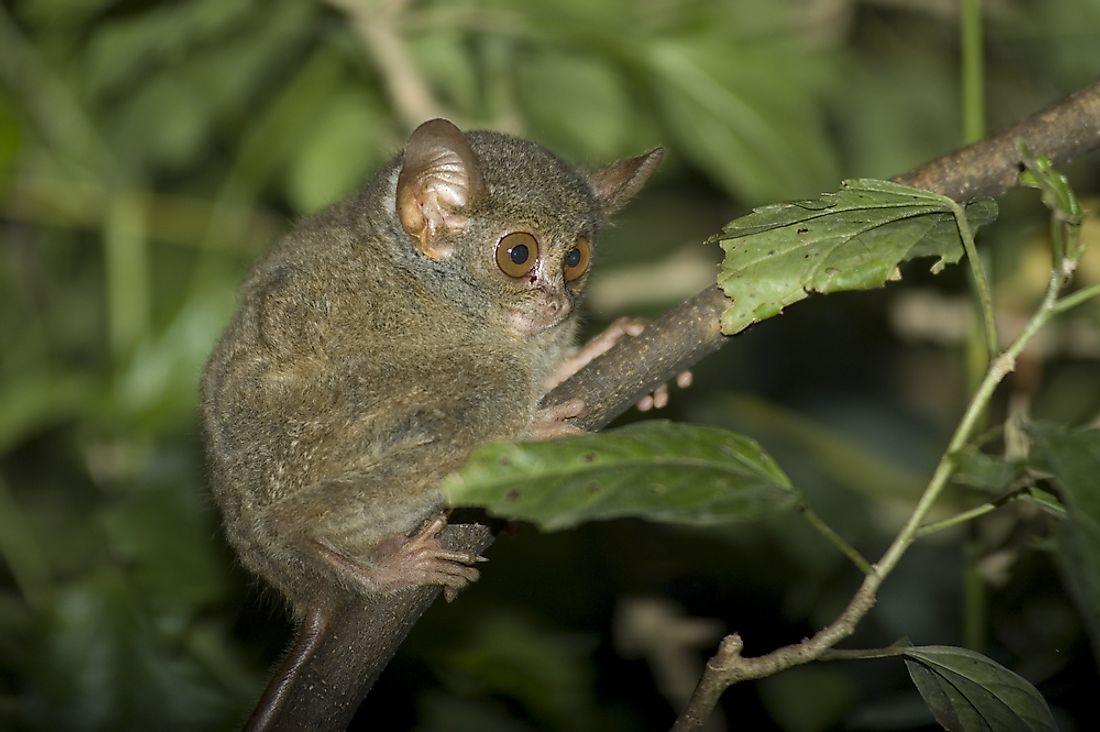 The pygmy tarsier is a nocturnal primate native to Sulawesi, Indonesia. The species was believed extinct during the early 20th century, until 2000 when an Indonesian scientist killed one while trapping some rats. A team of researchers led by Dr. Gursky and Nanda grow found the first living pygmy tarsier, after over 80 years, in August 2008 in Lore-Lindu national park.

Also known as the Bocourt’s terrific skink, the terror skink is an endemic skink species native to the islet of pines off the coast of New Caledonia. Terror skink was described around 1876, and it was considered extinct until 1993 when it was sighted again. Because of its small population and habitat, the IUCN declared it as endangered.

The Cuban solenodon belongs to the Solonodontidae family, and it is native to Cuba. The Cuban solenodon is quite unusual among other animals since its saliva is venomous. Ever since its discovery by Wilhelm Peters in 1861, only 36 species have been caught. As no species had been seen from 1890, many people believed it was extinct, but three species were captured from 1974 to 1975. Numerous surveys conducted confirmed that this species only existed in multiple places in Oriente Province, Cuba.

The antelope’s ebenoide is a real toad species found in Huila, Cauca, and Boyaca departments in Colombia. The southern species has not been seen since 1992 while the north has been missing since 1995. They were considered extinct until 2006 when they were spotted.

The night parrot is a small bird species native to Australia, and it is commonly known as the most mysterious and elusive bird on earth when it was not sighted from 1912 to 1979. The exact population of the species ranges from 50 to 249, and John Young took the first photographic evidence of its existence in July 2013.

Commonly known as cahow in Bermuda, the Bermuda petrel is a nocturnal ground-nesting seabird which is the Bermudian national bird. This bird is even featured on the currency of Bermuda. It is considered to be the rarest bird on earth, and for over three centuries it was believed extinct. The Bermuda Petrel was found in 1951, and a national preservation programme has helped increase its population. Currently, scientists are working on expanding its habitat.

What is the Albany Adder Snake?

The Albany adder snake is an extremely rare viper sub-species of the Bitis cornuta that is found in the southern and Eastern Cape province in South Africa. The 8.9 inch snake is reddish brown to brown with some bumps over its eyes. The species had disappeared for over a decade, and was generally believed to be extinct until four live and one dead species were found in 2016 and early 2017. Still, researchers have only seen twelve specimens since the snake's initial discovery in 1937.