Greenland is the largest island in the world, covering a total area of approximately 836 square miles. About 75% of its area is covered in a permanent ice sheet. Despite the massive ice cover, Greenland is home to many fascinating animal species that have adapted to the extremely cold Arctic climate both in water and on land. From polar bears to Arctic foxes, wolves, whales, and mountain hare, wildlife can be found in every corner of the island. Here are some of Greenland's wild animals: 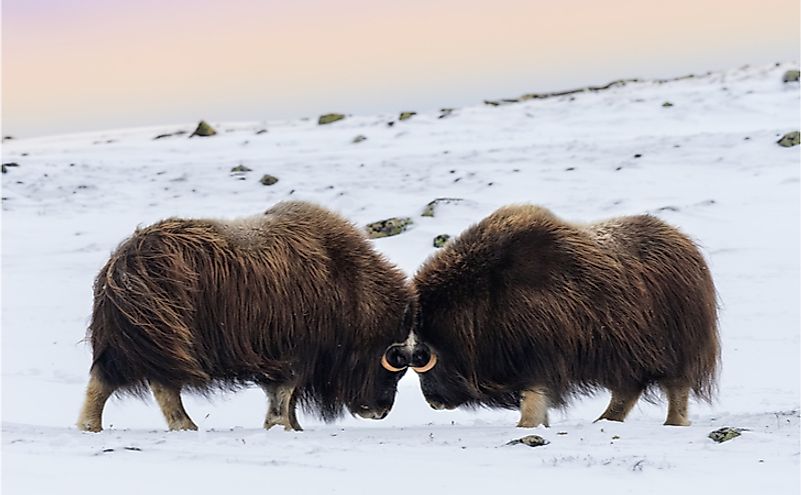 The musk ox is a hoofed Arctic mammal belonging to the family Bovidae. Although this animal resembles a bison, it is a very large goat noted for its thick coat and strong smell emitted by the male during the seasonal rut, from which its name is derived. The musky smell is used to attract the female during the mating season. The wool on the body is warm and insulates the body from the cold arctic weather. Muskoxen have long, curved horns and small tails, measuring 3.9 inches concealed under the fur. The best place to spot these animals is Kangerlussuaq on the west coast of Greenland.

The reindeer is a species of deer native to the tundra, Arctic, and sub-arctic regions of North America and northern Europe. The species has been living in the wild in Greenland for many years and is the west coast’s most widespread land mammal. Reindeers have been hunted for food, shelter, and clothing by the Arctic people. Both the male and female species can grow antlers, with males having larger antlers. The body coat has two layers of fur; long-haired overcoat and a dense wooly undercoat. The fur color varies between individuals and depends on subspecies and season. A herd of reindeers can be seen between Uummannaq and Paamiut.

The coastal waters of Greenland are home to about 15 species of whales, some of which are natives while others are regular visitors. The best time to spot whales on the island is when the winter ice has retreated, from around June to September. The most popular whale species in Greenland are the humpback and minke whales. Blue whales can also be spotted in the coastal waters. Other whale species common in Greenland are the beluga whale, narwhal, and bowhead whale. These three are arctic species and are rarely sighted elsewhere. 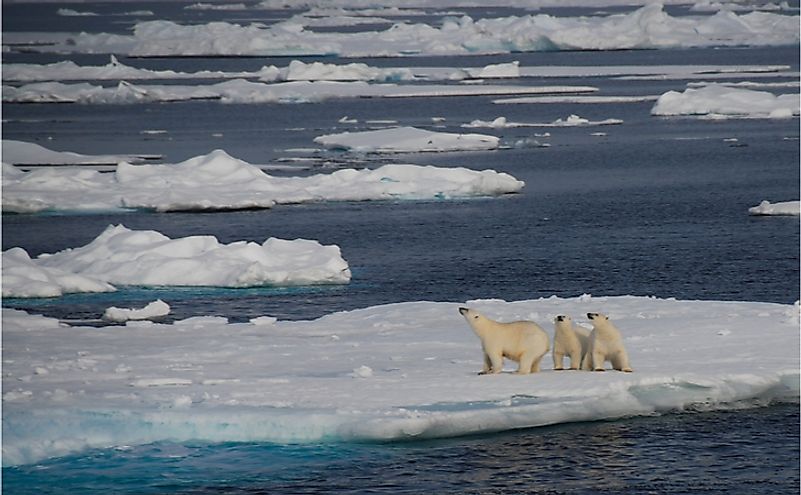 The polar bear is a large bear which is almost the size of a Kodiak bear. A male polar bear (boar) weighs about 770-1,500 pounds while the female bear (sow) weighs about half the weight of a boar. The animal is so popular in Greenland that it features in their coat of arms. A significant number of polar bears inhabit Northeast Greenland and the northern parts of West Greenland which are very remote, making it difficult to see the animals. However, they do migrate to the south during the summer months. Because polar bears depend on sea ice, they have been classified as marine mammals.

There are five different species of seals in Greenland. The species can be found along Greenland’s extensive coastline. The most common species of seal on the island are the harp seal, ringed seal, and the hooded seal. The common seal and bearded seal are very rare, with some sources suggesting that the common seal is not an arctic species. The ringed seal is the smallest of the five species and can weigh up to 220 pounds. The harp seal is the most common species and frequents the southern part of Greenland around May. The largest species is the hooded seal.

Two types of arctic fox can be found in Greenland; the white Arctic fox and the blue Arctic fox. The two are so named because of the color of their fur which sometimes changes during winter and summer. The coat of the white arctic fox changes to mottled gray-brown during summer while the blue arctic fox changes to dark gray-brown. Arctic foxes are carnivores and mainly survive on remains of polar bear’s prey, lemmings, mountain hare, fish, and bird’s eggs. The animals can grow to a length of 27 inches and weigh up to 18 pounds. The tails are often 14 inches long.

Walruses are some of the largest animals in Greenland. They can be seen on land and along the coast of East Greenland. In North Greenland, they can be seen in Baffin Bay, Davis Strait, and Thule district. A walrus has a large body and distinct tusk. The tusk can grow up to 20 inches and is used for self-defense against the polar bear, whales, and other predators. Walruses prefer to stay close to the edge of sea ice where they can easily dive to pick their food which includes mollusks and mussels.

The arctic hare is a species of hare that is adapted to living in Arctic tundra and other icy environments. The species has short ears and limbs and a small nose. 20% of the body is fat and the body is covered in thick fur to insulate it against the cold. The arctic hare grows to about 17-28 inches (excluding the tail which measures 1.8-3.9 inches) and weighs 6-12 pounds. The animal is an herbivore, feeding primarily on woody plants and willows which accounts for 95% of their diet annually. Arctic hare can give birth to up to eight leverets (babies).

The stoat, also known as the short-tailed weasel, is a mammal native to North America and Eurasia. There are 37 recognized subspecies of the stoat. This animal is similar to least weasel in movement, manner of posture, and even proportion although it has a relatively long tail. It has an elongated neck and the head is far in front of the shoulders. The eyes are black, round, and protrudes slightly. The body is covered in brown whiskers while each foot has five toes. Like the least weasel, the stoat’s diet is mostly mouse-like rodents. It also feeds on larger rodents such as the European rabbit. 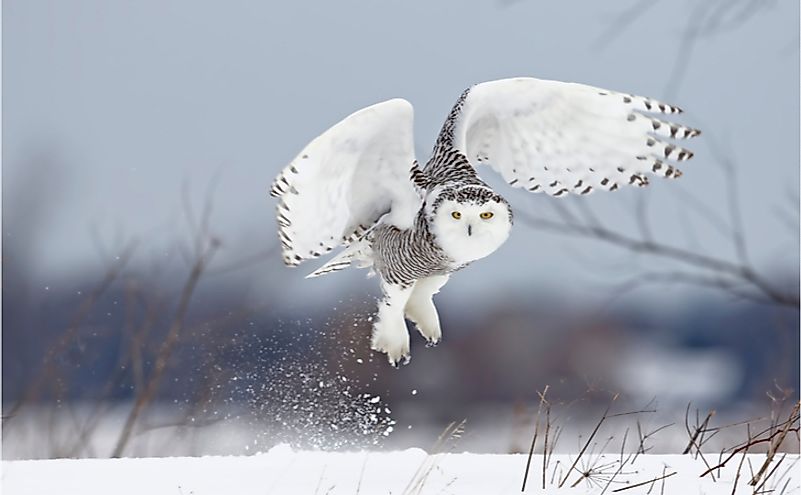 About 230 species of birds have been observed in Greenland but only about 60 species are regarded as permanent breeders and the rest are migratory. Among the most popular birds in the country is the white-tailed eagle (locally known as nottoralik). It is the island’s largest breeding bird, mainly found along the southern parts of the west coast. The bird is fully protected in Greenland. The other common species is the fulmar (qaqulluk). This gliding bird has stiff wings and is often seen hovering above the water. Other species include the black guillemot, eider, ptarmigan, and the black raven.

This page was last updated on November 15, 2019.
By Sharon Omondi