The Adriatic Sea is a part of the Mediterranean Sea positioned between the eastern coastline of Italy, and countries of the Balkan Peninsula, from Slovenia, south through Croatia. Montenegro, and to Albania.

The southern boundary of the sea ends in the Strait of Otranto between Albania and Italy's Salento Peninsula. Immediately south of that strait the Ionian Sea begins.

Ancona, Bari, Brindisi, Dubrovnik, Rijeka, Split and Venice are its chief ports and the sea is well served by regional ferries.

print this map
other bodies of water 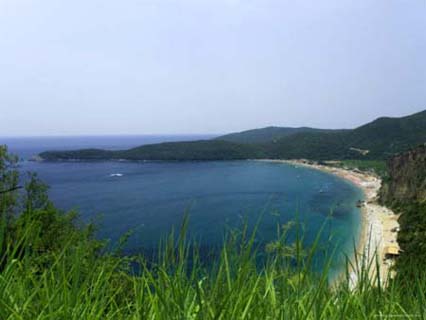 A beach on the Adriatic Coast...
by Graham Lawrence
Buy This at Allposters.com