(or welcome) to Auckland. It's positioned on the North Island of New Zealand, and is the largest and most populous urban area in the country.

In a 2012 census it had 1,397,300 residents, which is 32 percent of the country's population. And in fact, Auckland has the largest Polynesian population of any city in the world.

Auckland has a warm-temperate climate, with warm, humid summers and mild, damp winters. And for the benefit of locals and tourists alike, it is one of the sunniest places in New Zealand, with an average of 2,060 sunshine hours per year.

And take it from me, Auckland is full of things to see and do, where stunning natural beauty goes hand in hand with big city sophistication. 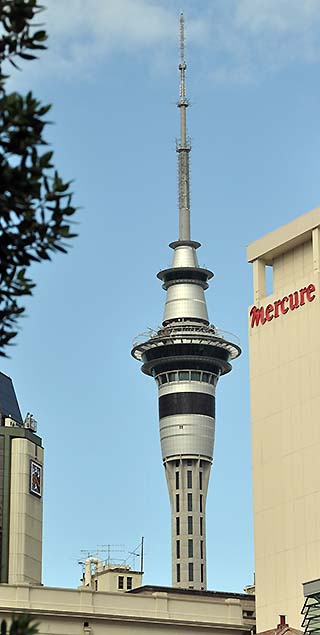 This is another view of the massive Sky Tower from ground level in downtown Auckland, New Zealand. If you visit Auckland a trip to the top is a must. 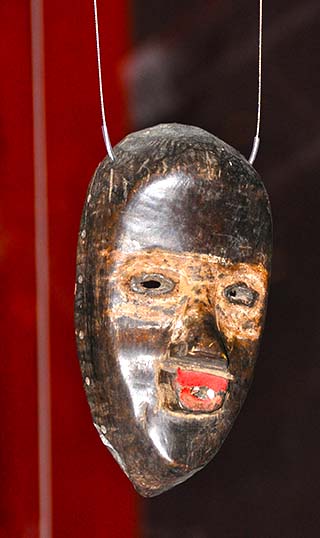 This is a colorful Maori mask. They are easily found across New Zealand, and especially in Rotorua. 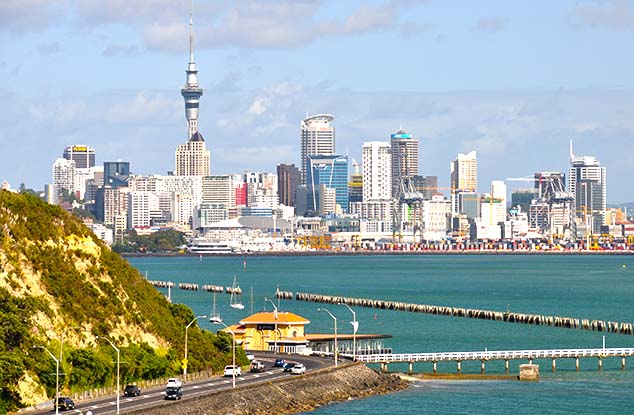 From a vantage point just south of the city, this is a view of Auckland's spectacular central business district. As you can see, Auckland's most striking feature is the "Sky Tower," the tallest structure in the southern hemisphere. The 1,076 foot tower (taller than the Eiffel Tower in Paris) offers a 360 degree observation deck, and contains a revolving restaurant and assorted souvenir shops 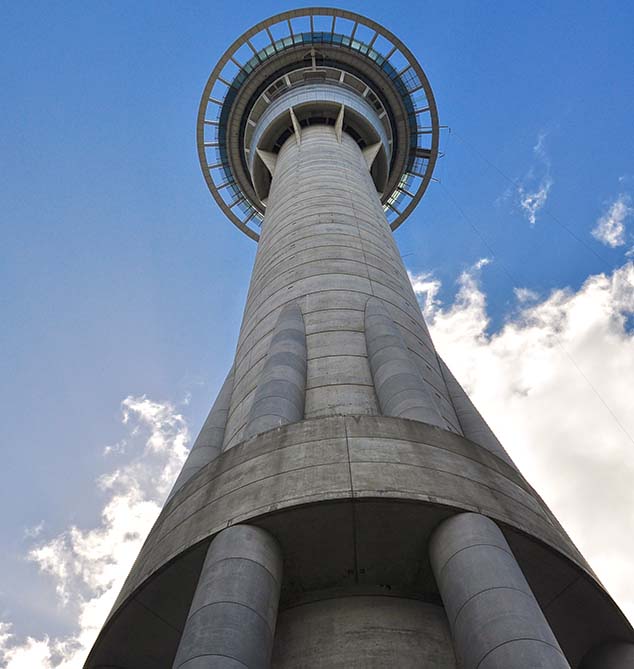 This is a ground level view of the "Sky Tower." And believe it or not, people do take the "Fan Descender Jump" from its upper level. All strapped in and standing on the edge of the observation deck, one jumps off the edge. During the 980 foot decent a person reaches speeds over 50 mph. The jump is guide-cable-controlled to prevent the jumper from colliding with the tower in case of wind gusts. Here is one of those crazy people. 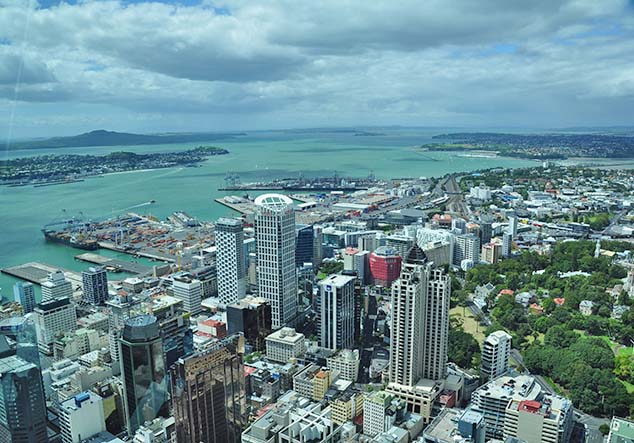 This is a partial view of Auckland (looking east) from atop the Sky Tower. That stretch of land center left is North Head; behind it is the Rangitoto Island Scenic Reserve. Centered top is the Hauraki Gulf and beyond that, the Pacific Ocean. 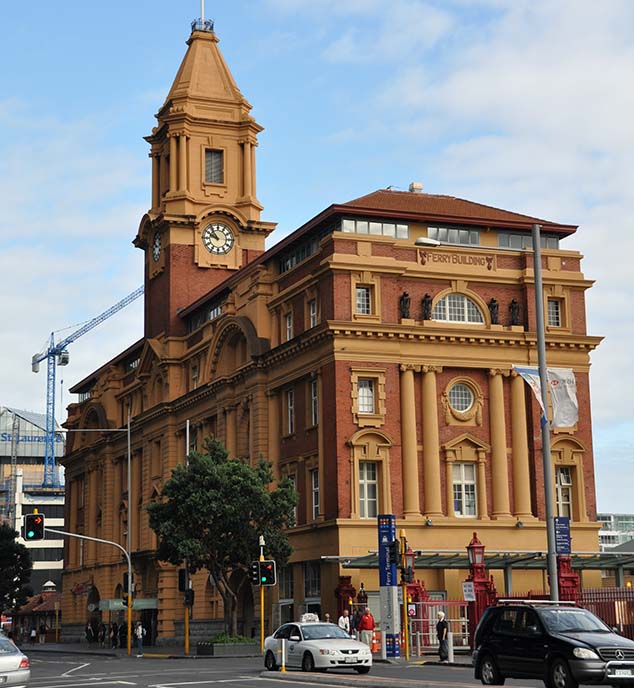 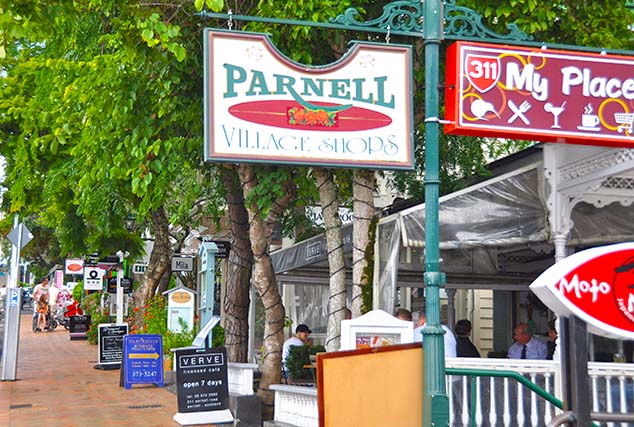 Parnell is a suburb of Auckland, New Zealand. It is often billed as Auckland's "oldest suburb" since it dates from the earliest days of the European settlement of Auckland in 1841. In the 1970s, Parnell turned into one of Auckland's most fashionable areas which includes an interesting collection of quaint shops and a wide variety of restaurants. 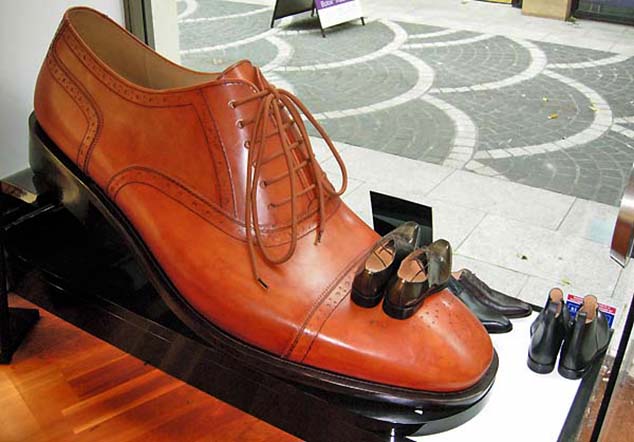 And speaking of shopping, this is the world's largest all-leather shoe on display in Auckland; note the regular pair of shoe to the right. This giant all leather shoe is complete with a soft leather lining and even laces like a regular shoe. It only cost me $475 New Zealand dollars to view and photograph the world's largest shoe as my wife purchased three additional pair for her own personal collection.