Yellowstone National Park is located primarily in the U.S. state of Wyoming, although it also extends into Montana and Idaho.

The park is simply a wonderland, as Old Faithful and the majority of the world's geysers are preserved here. They are the main reason the park was established in 1872 as America's first national park.

It's also a mountain wildland, home to grizzly bears, wolves, and herds of bison (buffalo) and elk. In fact, the park is the core of one of the last, nearly intact, natural ecosystems in the Earth's temperate zone. 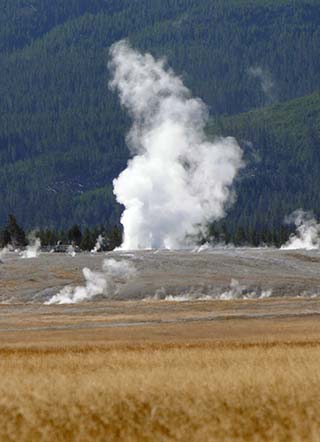 A classic thermal eruption in Yellowstone. 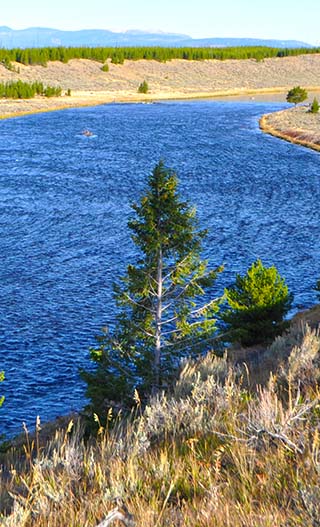 A cold-water river meanders through the park. 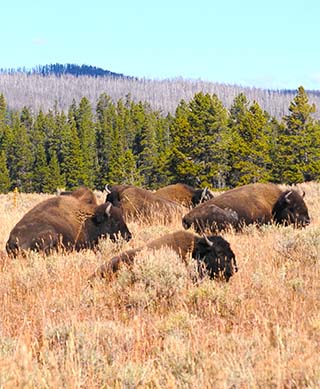 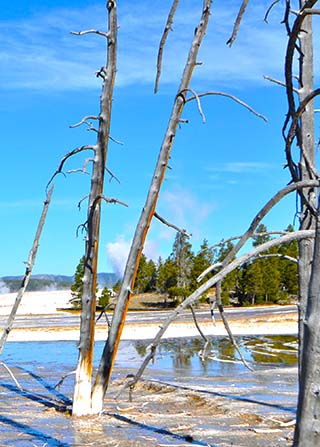 A typical thermal scene in Yellowstone. 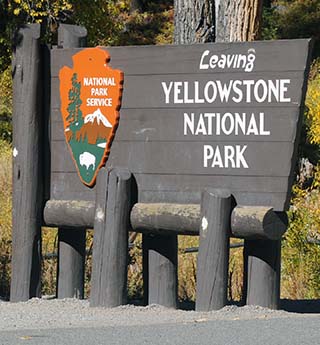 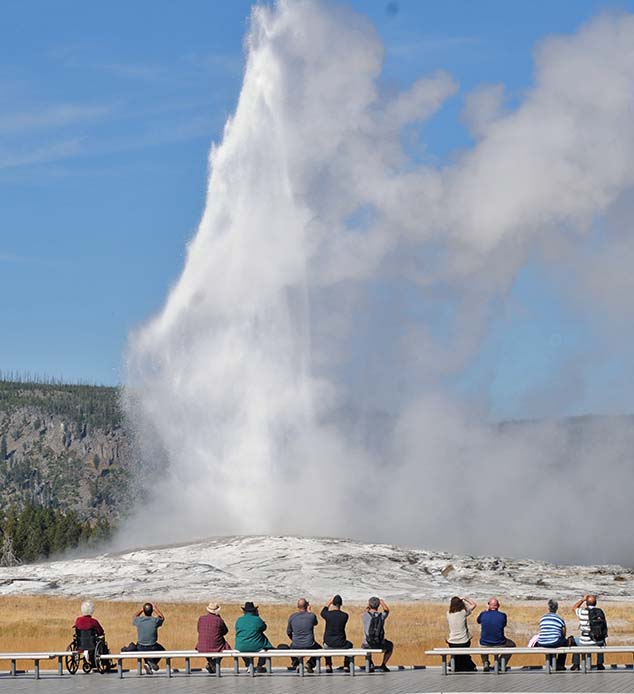 Old Faithful, a cone geyser, is the major attraction of Yellowstone National Park. It is the most predictable geographical feature on Earth erupting almost every 80-90 minutes, or so. Crowds gather on its edge as the eruption time approaches as it's an amazing experience and a real photo opportunity. 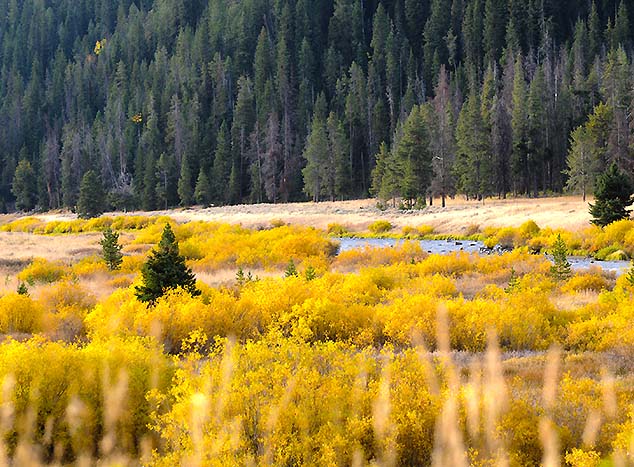 There are few things more joyful than photographing the stunning landscapes of Yellowstone National Park, because it's so accessible and so abundant, and never in short supply. 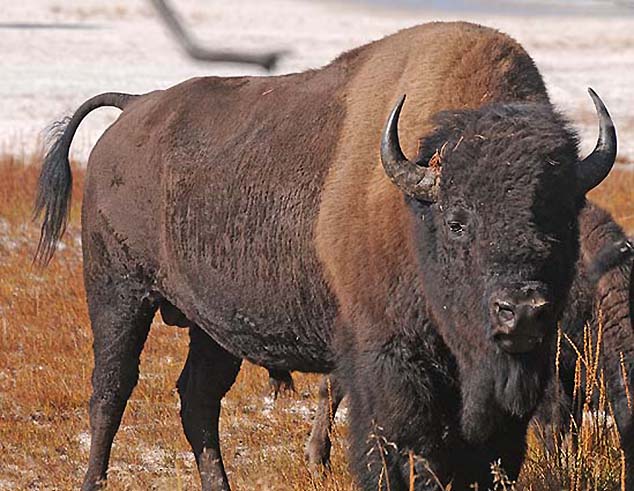 The bison is the largest land mammal in North America. In a typical year, more than 3,000 bison roam the grasslands of Yellowstone National Park. Bulls are more massive in appearance than cows, and more bearded. For their size, bison are agile and quick, capable of speeds in excess of 30 mph. Each year, bison injure park visitors who approach too closely. 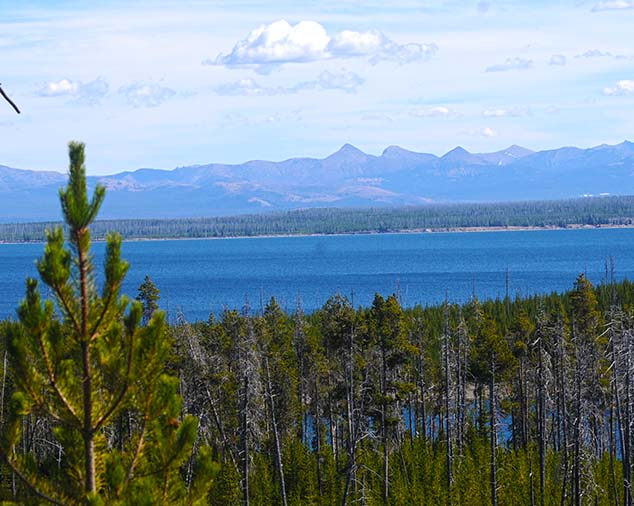 Yellowstone Lake is the largest body of water in the park, and covers 136 square miles (350 km2), with 110 miles (177 km) of shoreline. In winter, the lake freezes over and can remain frozen until late May or early June. 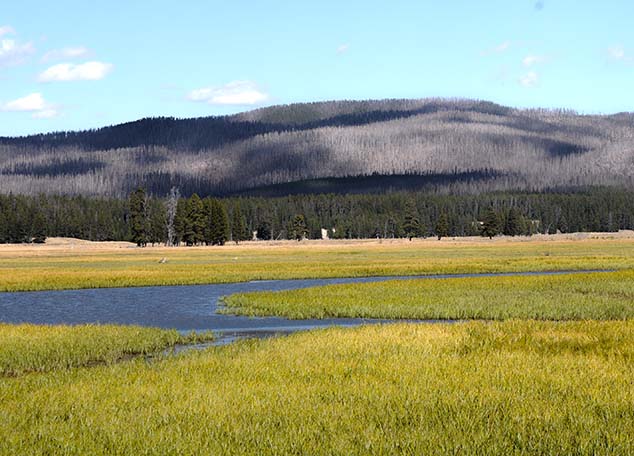 If you closely at this photograph (in the distance) you will note the results of a Yellowstone forest fire. The Yellowstone landscapes have long been shaped by fire, and not just by the cool, and creeping ground fires often described as "good" for grass production, but also by hot, wind-driven fires torching up the trunks to the crowns of the pine and fir trees. 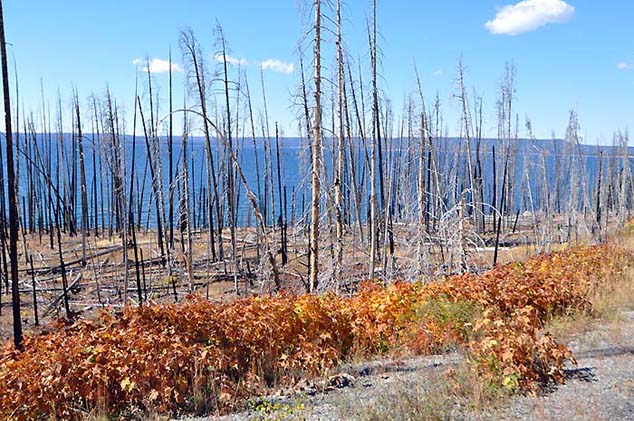 Yellowstone forest fires are devastating, and it will take many years for new growth trees to fill in this area of the park. That's Yellowstone Lake in the background. 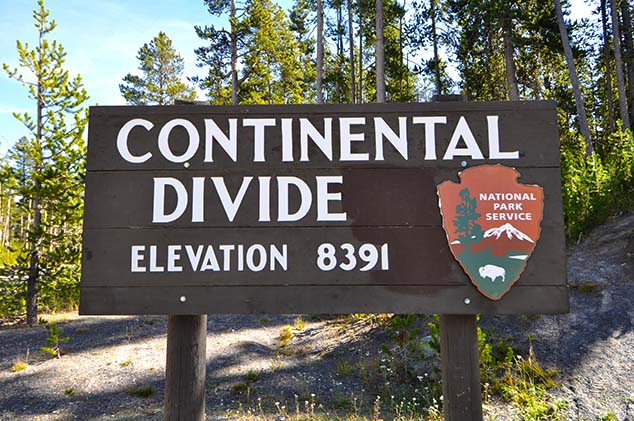 In North America, the Western Continental Divide is an imaginary line that sits atop a continuous ridge of mountain summits that divide the continent into two main drainage areas. It runs from northwestern Canada, south along the crests of the Rocky Mountains in the United States (through Yellowstone) then on into Mexico, where it follows the peaks of the Sierra Madre Occidental (mountains). Rain or melting snow on one side (via rivers and streams) flows west to the Pacific Ocean; on the other side, rivers and streams flow northeast to Hudson Bay, Canada, or southeast to the Gulf of Mexico. 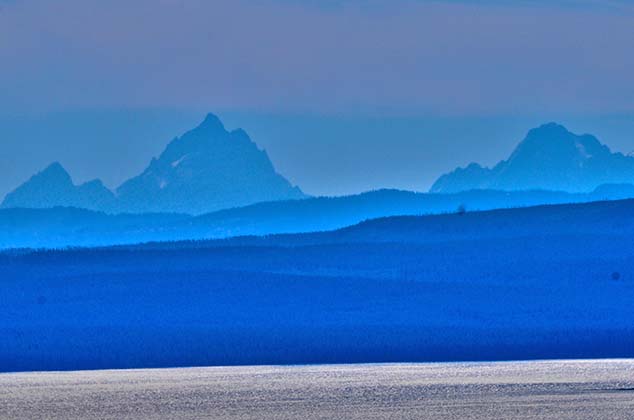 From a lofty perch inside of Yellowstone National park, looking south, you can spot the Grand Tetons in the distance.