In the early 1840's, as settlements continued to be built, and farmland developed, the population exceeded 150,000 inhabitants. The territory applied for statehood; a constitution was drafted. and on May 29, 1848, Wisconsin was admitted to the Union as the 30th state.

With statehood for Wisconsin, the remaining portion of the original Wisconsin Territory was officially dissolved and incorporated into the Minnesota Territory in 1849.

Statehood brought economic growth, mostly fueled by Wisconsin's expanding railroad network. By 1860, railroads crisscrossed the state, enabling the continuing development of the mining industry (and others) as Wisconsin businesses could (now) ship their products across America, and beyond.

During America's Civil War (1861-1865), Wisconsin remained a member of the Union, and over 90,000 of its men marched off to war. Although Wisconsin was detached from the hostilities, its soldiers participated in many battles of that bloody war, and nearly 4,000 of its bravest were killed in action.

While southern states suffered economically during the Civil War's reconstruction period, Wisconsin was quickly on an economic upswing. Its wheat farmers were productive and the meatpacking and beer-brewing industries in Milwaukee were expanding rapidly.

When immigrants from Europe (especially those from Scandinavia) arrived in large numbers, their knowledge of cheese-making techniques helped propel the state into prominence, and it became the leading producer of dairy products in the United States.

In the densely-forested northern regions of the state, logging and lumber industries were growing fast, and by the 1870's, lumbering was Wisconsin's most important industry; huge paper mills opened, and dozens of wood related business provided new jobs.

The tragic events of World War I (1914-1918) certainly slowed Wisconsin's economic boom, but it was the Great Depression (1929-1939) that played real havoc, especially in the industrialized Milwaukee area.

World War II (1939-1945) was a comeback of sorts for Wisconsin as the state participated aggressively in producing products for that war effort; shipbuilding proved a major catalyst for new jobs and many spinoff businesses. Later in the century high-tech and service industries rose to prominence, and Milwaukee's beer business exploded with growth.

Known for its natural beauty, clear (clean) lakes and rivers, and endless green forests, Wisconsin is also famous for its cultural attractions, and of course, Harley-Davidson Motorcycles, and the Green Bay Packers.

Wisconsin is one of the most popular vacation destinations in America's Midwest. It offers fabulous family vacation choices - spring, summer, fall or winter. Yes, winter, as those colder months bring exceptional hunting, ice fishing, skating, skiing and snowmobiling conditions to many areas of the state. 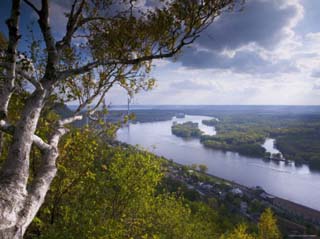 Buena Vista Park...
by Walter Bibikow
Buy This at Allposters.com 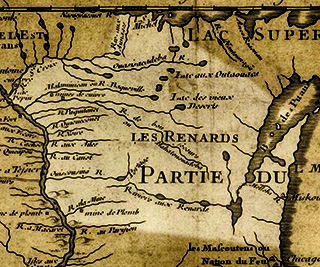 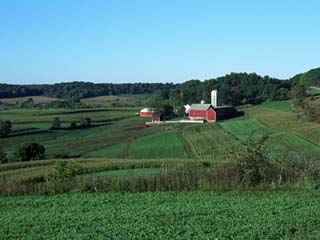 A farm in Wisconsin...
by Lynn M. Stone
Buy This at Allposters.com

This page was last updated on November 22, 2017.
WorldAtlas