There was one nagging problem as the Mormon's attitude on polygamy did not sit well in America; polygamists were arrested; church leaders went into hiding; the government seized their property, and Utah was denied statehood until polygamy ended in 1890.

Moving toward statehood the Mormons ended their business monopolies; political parties were established; a constitutional convention was held in 1895, and on January 4, 1896, Utah became the 45th state.

The state grew quickly and when other ethnic groups moved in to work the cattle ranches, farms and mines, the percentage of Mormon population started to decline. Copper mining began in 1906 and floods of immigrants changed Utah demographics even more; new cities emerged; electricity and telephones spread across the land, and new highways and roads were built.

Aggressive growth continued well into the late 20th century, especially in the high tech sector. When announced in 1996 that Salt Lake City would host the 2002 Winter Olympics, the construction and hospitality industries boomed; Utah was now firmly located on the map of the world, and the world took note.

Utah is still the center of the Church of Latter Day Saints and the population of Salt Lake City is 50% Mormon. Temple Square is the biggest tourist draw for the city, with several of the most important Mormon attractions located within. The world famous Mormon Tabernacle Choir makes its home here; Brigham Young's historical Beehive House and the Joseph Smith Memorial salute these Mormon founders; and the Family Research Library is the world's most renowned center of genealogy research.

Stunning western landscapes attract all kinds of outdoor adventurers. Provo, Utah is the state's second largest city on the shores of Lake Utah and at the base of the Wasatch Mountains. A hike up rugged Provo Canyon leads to Bridal Veil Falls, a magnificent double cataract waterfall. Both Salt Lake City and Provo are nearby excellent Utah ski resorts in the Wasatch Range, some of them open all four seasons of the year. The austere southwest corner of Utah is home to Monument Valley with some of the most famous vistas of the western United States with colorful sandstone pillars, mesas, and unique landforms to explore.

In this place of stunning, almost unbelievable natural beauty, it's no surprise that tourism is a major economic factor. With its world-class ski resorts, national parks and monuments, historic Mormon attractions, and family recreational areas, Utah is today one of the most impressive convention and vacation destinations on the planet. 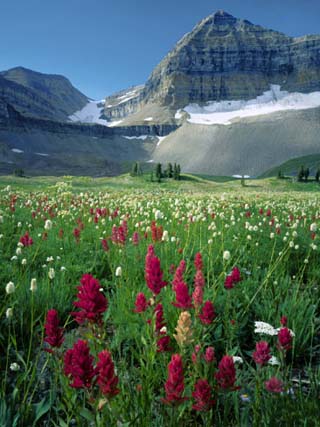 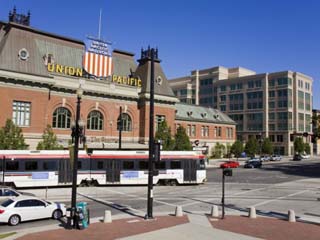