South Dakota, although still dependent upon its agricultural output, has diversified its economy. The financial services sector expanded when several large companies moved their credit card operations to the state. The production of ethanol has had a considerable economic impact, as South Dakota is one of the top producers in the U.S.

Tourism is now the second largest contributor to the state's economy. The Mount Rushmore National Memorial itself attracts over three million visitors each year as they come to gaze upon the sculptures of the heads of four former U.S. Presidents: George Washington, Thomas Jefferson, Theodore Roosevelt and Abraham Lincoln. 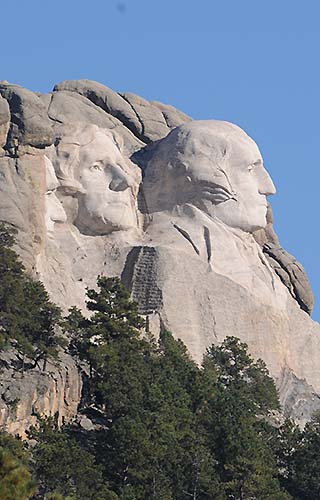 A side view of Mount Rushmore. 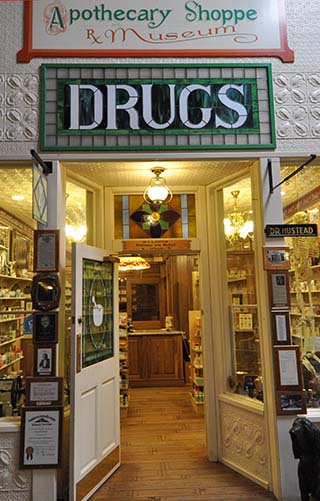 This is the original pharmacy inside of Wall Drug, a significant tourist attraction in South Dakota. 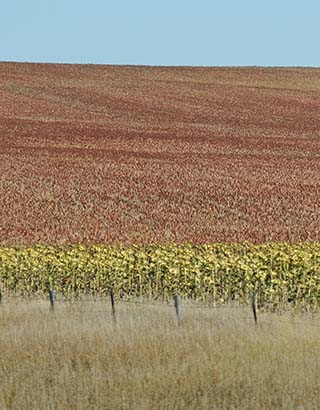 Crops in a South Dakota field. 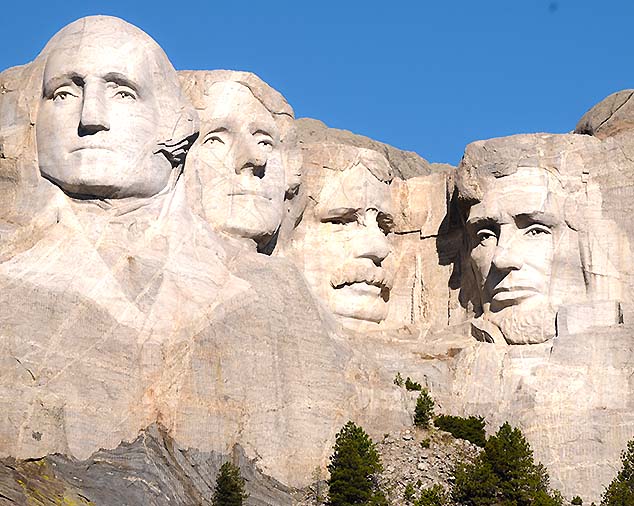 Mount Rushmore is widely considered the world's greatest mountain carving. These 60-foot high faces, 500 feet up, include four former Presidents of the United States (left to right), George Washington, Thomas Jefferson, Theodore Roosevelt and Abraham Lincoln. Collectively they represent the first 130 years of the history of the United States.

Mount Rushmore National Memorial is visited by nearly three million people each year that come to marvel at the majestic beauty of the Black Hills of South Dakota and learn about the birth, growth, development and preservation of the United States. From the history of the first inhabitants to the diversity of America today, Mount Rushmore brings visitors face to face with the rich heritage we all share. 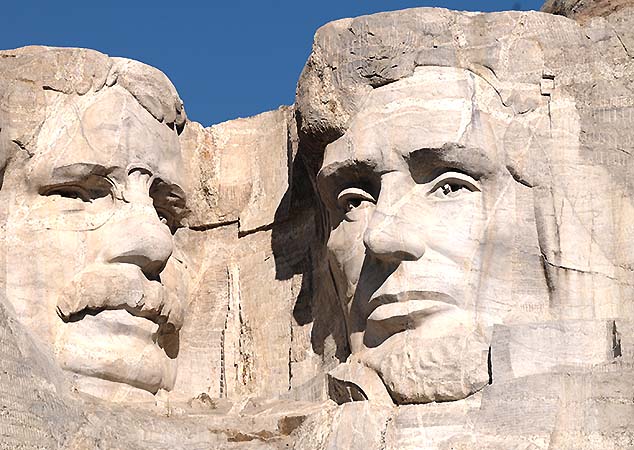 Sculpted by Danish-American Gutzon Borglum and his son, Lincoln Borglum, Mount Rushmore features 60-foot (18 m) sculptures of the heads of former United States presidents. This is a close up of Theodore Roosevelt and Abraham Lincoln. 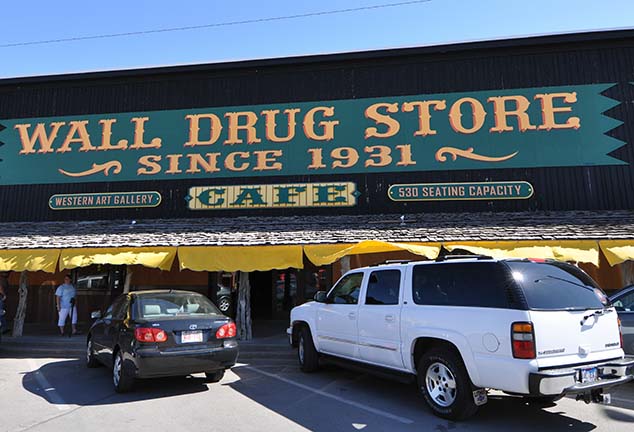 If you drive through South Dakota you must stop at world-famous Wall Drug, a popular tourist attraction located in the small town of Wall. It is basically a shopping mall consisting of a drug store, gift shop, restaurants and various other stores. To initially promote itself they used billboards across the state, offering "free ice water" to any traveler. Next came "coffee for 5 cents" and Wall Drug was soon on the map. Some have called it a tourist trap, I call it a fun place to stop, and the next time through I'll enjoy my free ice water. 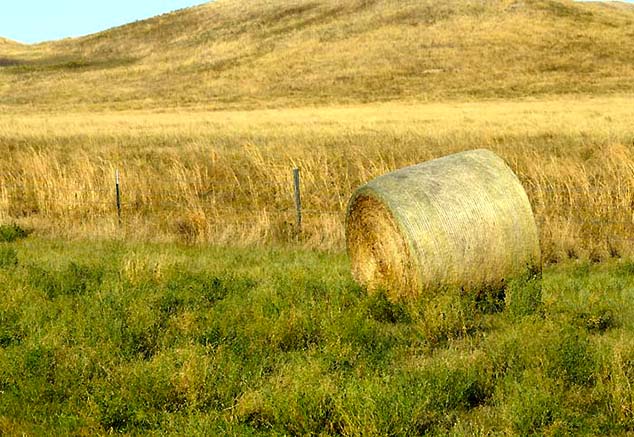 Driving across South Dakota fields of golden hay come into view. Hay is baled, then kept in a barn or stable. It is used as animal fodder, particularly for grazing livestock such as cattle, horses and sheep. Hay is fed when there is not enough pasture on which to graze an animal, or when grazing is unavailable due to weather, such as in winter. 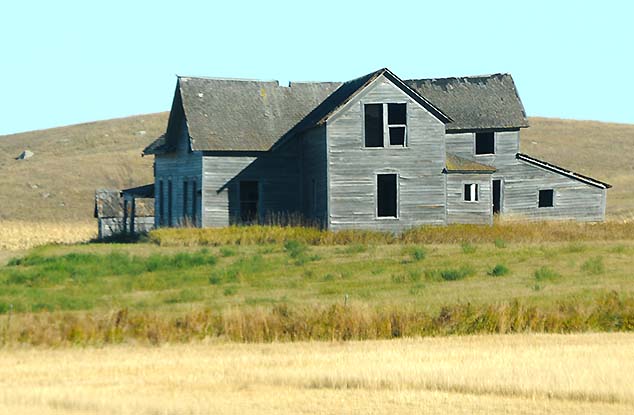 Driving across the heart of America, especially in the Dakotas, you will see an occasional abandoned house or farm. Most were grand at one time, now gone to waste, rife with weeds and broken windows. Many were built in the late 1800s, or early 1900s, and as farming changed, people moved on leaving a part of their history behind. 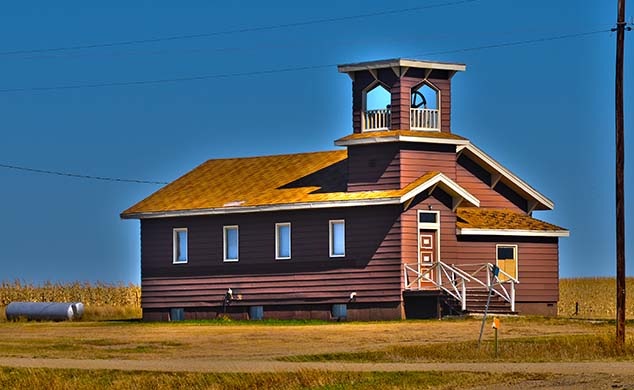 In the wide open spaces of South Dakota farm families lived miles from any city of size so at one time there were many one-teacher rural schools in the state. I spotted this one to the south of Pierre, the capital city. 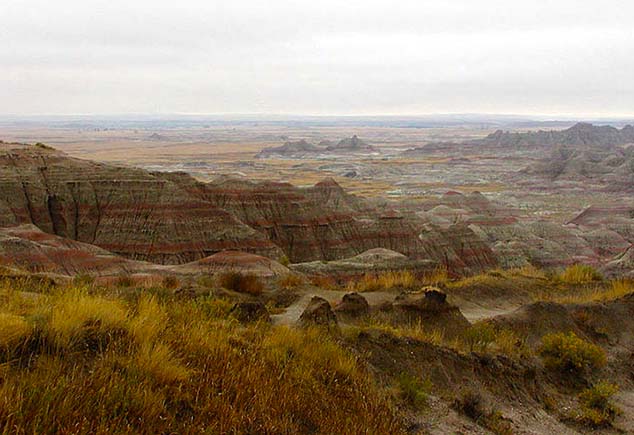