From 1790 to 1800, Philadelphia was the capital of the United States. By the mid-1800's Pennsylvania's industrial power was in full-swing with more than two hundred operating textile mills. In addition, iron and steel foundries were in full-production, and lumber and shipbuilding companies were prospering.

The continuation of slavery within the southern states was the primary catalyst for America's bloody Civil War (1861–1865); the deadliest war in American history. It caused 620,000 soldier deaths and an undetermined number of civilian casualties.

Pennsylvania played a major role in the Civil War, providing military manpower and equipment. Specifically, the state raised over 350,000 soldiers for the Union army, and provided large quantities of ammunition, armor, artillery guns and food supplies. 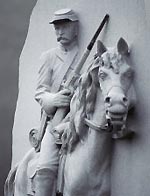 Pennsylvania was the site of the bloodiest battle of the entire war. The Battle of Gettysburg (July 1–July 3, 1863); fought around the town of Gettysburg, it caused the largest number of casualties in the war (nearly 51,000 killed, wounded or captured) and is frequently cited as the Civil War's turning point.

After that war ended, Pennsylvania (once again) asserted itself as an economic powerhouse; European immigrants by the thousands took jobs in factories, iron mills, and coal mines throughout the state.

Then the Great Depression of the 1930's reared its ugly head, proving financially disastrous across Pennsylvania, and all of America. In the end it was World War II that revived the state's 20th century economy. Its factories produced ammunition, aircraft and other weapons for the war effort, and hundreds of ships were launched.

In the middle of the 20th century, Pennsylvania's iron industry transformed itself into a major center of steel production with cities like Pittsburgh prospering on the trade. Shipbuilding flourished along the Delaware River, and coal mining was extremely important in the central and western regions.

Although hard-hit by the decline of the coal and steel industries in the late 20th century, the state remains one of America's economic powerhouses as agricultural production, high-tech, service businesses and tourism helped stabilize the economy.

From the heroics of Valley Forge - to the bloody Battle of Gettysburg, Pennsylvania (the 2nd state to join the Union) witnessed America's many struggles for freedom, and made its own irreplaceable contributions to the future of country. America's first art museum was built here, along with the country's first chamber of commerce, hospital, library, medical college, toll road, and much, much more.

Rich in historic lore, it's a state of significant rivers and beautiful mountains, with over 50% of the land still covered by forests. State parks seem everywhere, and the natural, tranquil beauty of Pennsylvania is difficult to ignore, and impossible to forget.

The long Appalachian mountain range wanders through the center of the state. The Poconos Mountains branch is a popular Pennsylvania vacation spot, especially as a honeymoon destination. The state is bordered to the east by New Jersey and a small slice of Delaware, to the north by New York, to the south by Virginia, and the west by Ohio.

The broad Delaware River makes up the entire eastern border of Pennsylvania, with Philadelphia sitting in the southeast corner on the shores of the river and historic Valley Forge just a little to the West. Just a little farther due west sits the state capital of Harrisburg.

The region's steel and coal towns have passed their high times perhaps, but many have found new industries and commerce to vitalize their population. Pittsburgh sits on the Alleghany plain just west of the mountains with the joining of the Monongahela, Alleghany, and Ohio Rivers at its center.

This large eastern U.S. state is rich with natural beauty, lakes, rivers, hills, and mountains, and blessed with a full four seasons of weather. Fishing, rafting, camping, and hunting are popular pastimes for locals and for Pennsylvania visitors.

The city of Philadelphia is rich with history and a place of many U.S. firsts, including the first capital of the United States, the nation's first hospital, and first zoo. This is home to the famous Liberty Bell, lots of red brick buildings, and Fairmont Park where 27 colonial mansions sit in grandeur.

Far to the west is Pittsburgh, a much newer city born in the time of the steel magnates in the 1800's. The town is proud of their Pittsburgh Steelers and Pirates. The Carnegie Science Center is a great all day excursion for a Pittsburgh family vacation. With a great blend of cities, history and natural beauty, Pennsylvania offers a rich slice of Americana for visitors and residents alike. 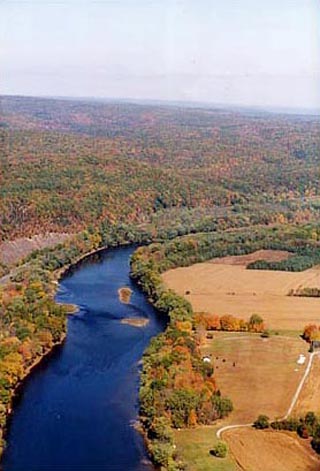 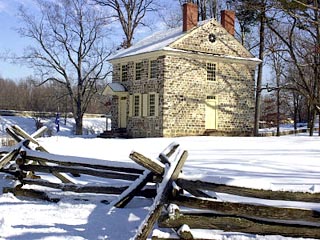 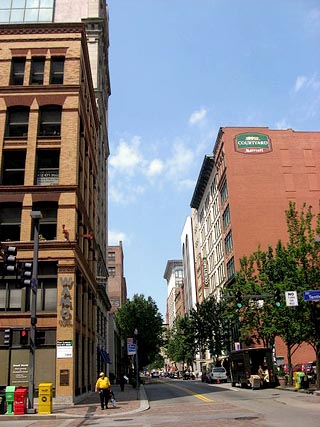