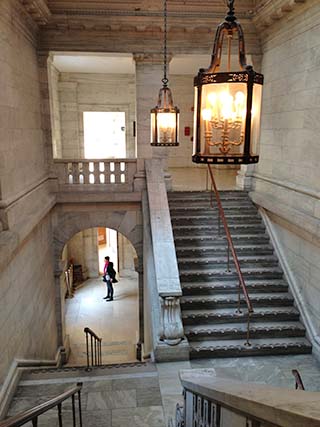 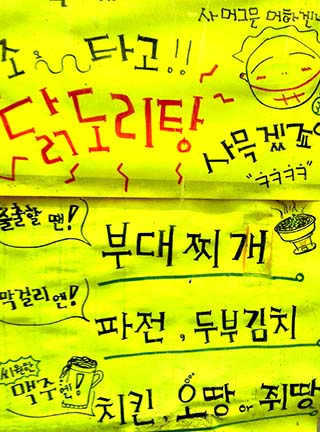 Korean language food sign in lower Manhattan; I've no idea what it says but the food was tasty. 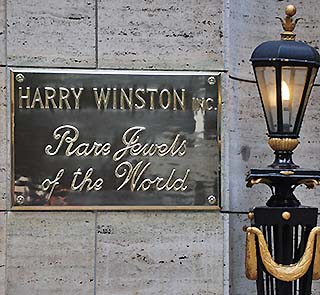 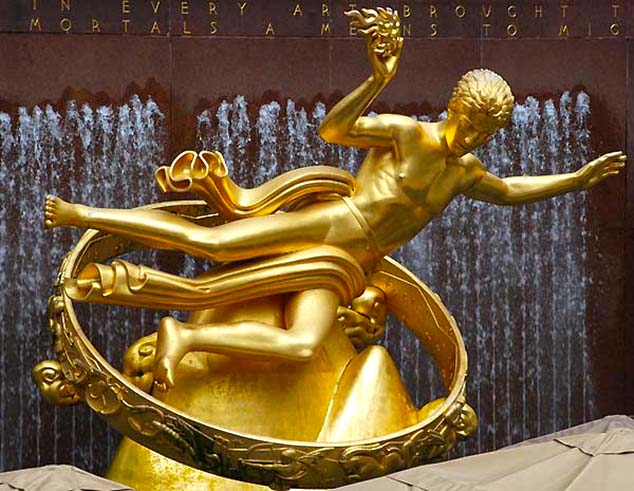 Paul Manship's gilded statue of the Greek legend of the Titan Prometheus, is featured prominently in the sunken plaza at the front of 30 Rockefeller Plaza, a part of Rockefeller Center between 48th and 51st streets in New York City. It was declared a National Historic Landmark in 1987. See how it shines here. 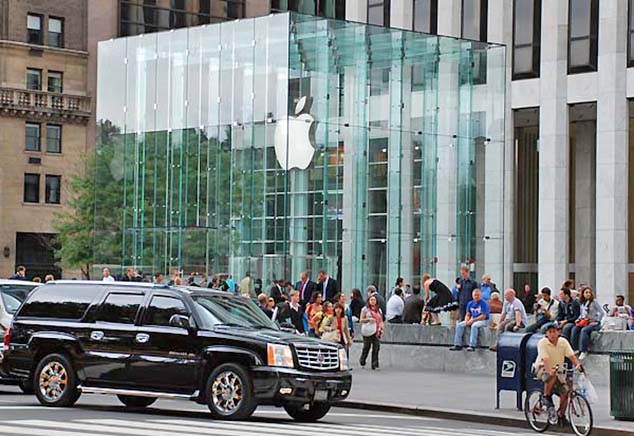 The underground Apple store on 5th Avenue at 59th in New York City is one of Apple's largest, with a spiral staircase and elevator capped by a glass cube. It's a very busy store and lines are common. 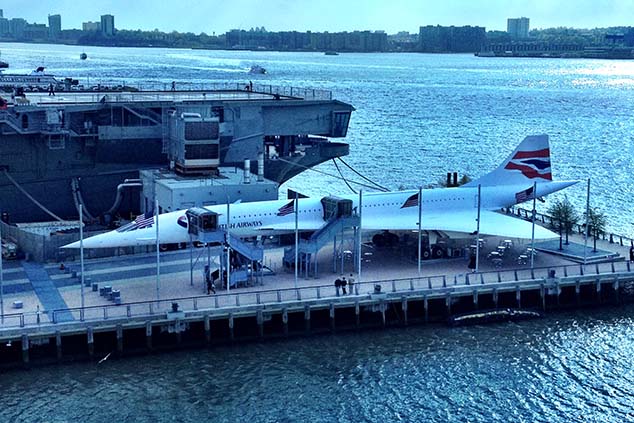 New York City's Intrepid Sea, Air & Space Museum Complex is a dynamic, interactive and educational journey for all ages. The museum's mission is to honor the country's heroes, educate the public and inspire the youth. Located at the new Pier 86 park facility, this NYC attraction boasts 30 restored aircraft, a submarine, and a British Airways Concorde jet! Billed as "The Most Inspiring Adventure in America'" the Intrepid Museum is an informational, must-see tourist site, so don't miss it. 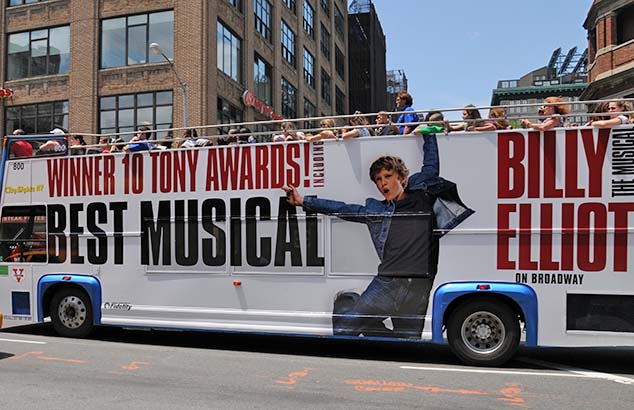 Tour buses are a great way to see the city, and on beautiful days they are always packed, but really worth doing. 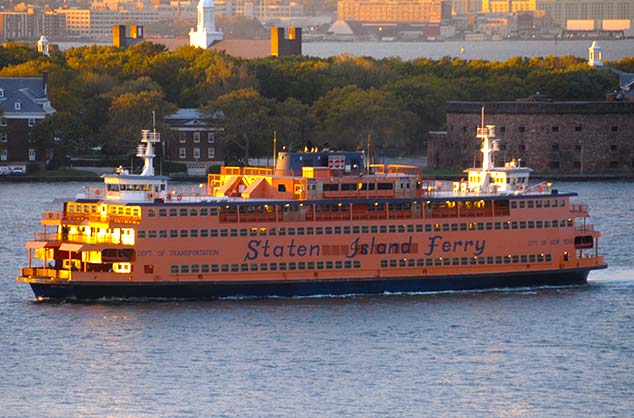 The Staten Island Ferry is a passenger ferry service operated by the New York City Department of Transportation that runs between the boroughs of Manhattan and Staten Island. Today the Staten Island Ferry annually carries over 19 million passengers on a 5.2-mile (8.4-km) run that takes approximately 25 minutes each way. Service is provided 24 hours a day, every day. Each day approximately five boats transport about 75,000 passengers during 104 boat trips. Over 33,000 trips are made annually. Note for Photographers: the ferry provides some great views of the city. 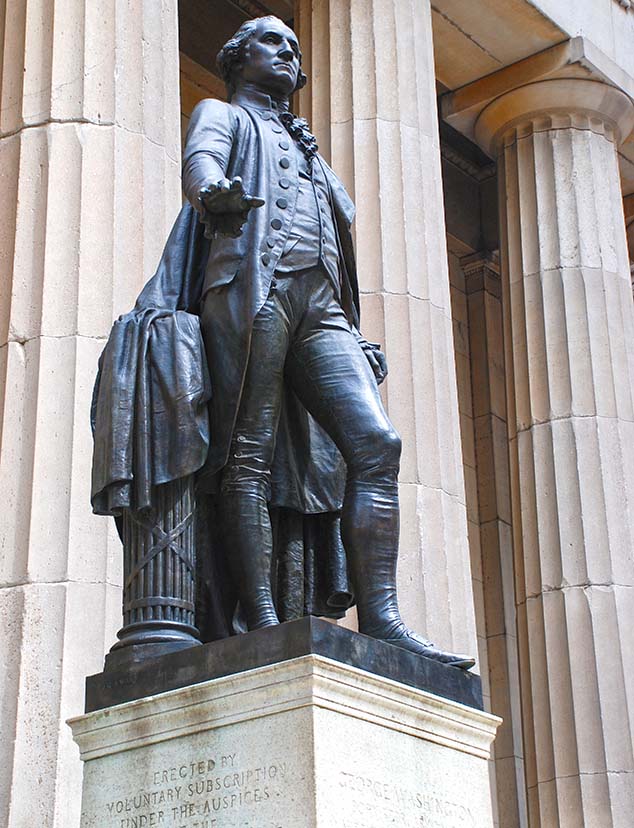