An international group of flags fronting the UN in NYC. 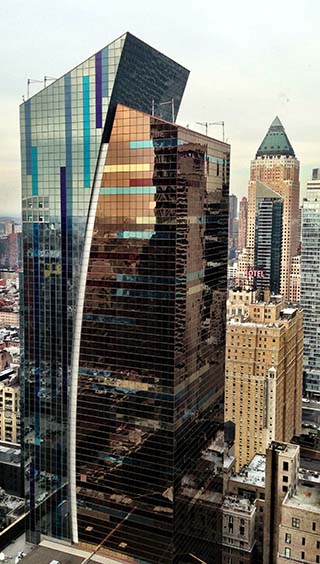 A small slice of the New York City skyline. 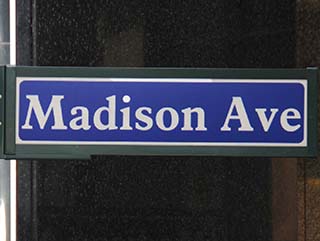 Since the 1920s, New York City's Madison Avenue has been synonymous with the American advertising industry. 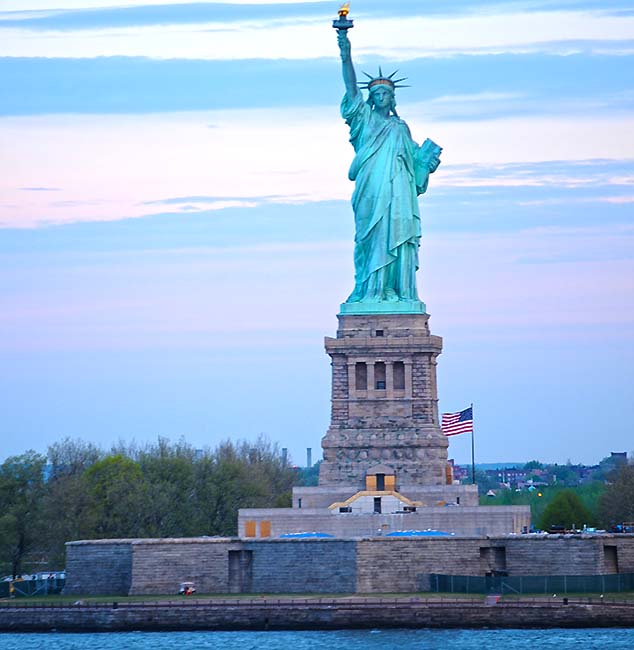 The Statue of Liberty in New York Harbor was a gift of friendship from the people of France to the people of the United States and is a universal symbol of freedom and democracy. The Statue of Liberty was dedicated on October 28, 1886, designated as a National Monument in 1924 and restored for her centennial on July 4, 1986. The statue is of a robed female figure representing Libertas, the Roman goddess of freedom, who bears a torch and a tablet evoking the law upon which is inscribed the date of the American Declaration of Independence, July 4, 1776. The statue is an icon of freedom and of the United States: a welcoming signal to immigrants arriving from abroad. 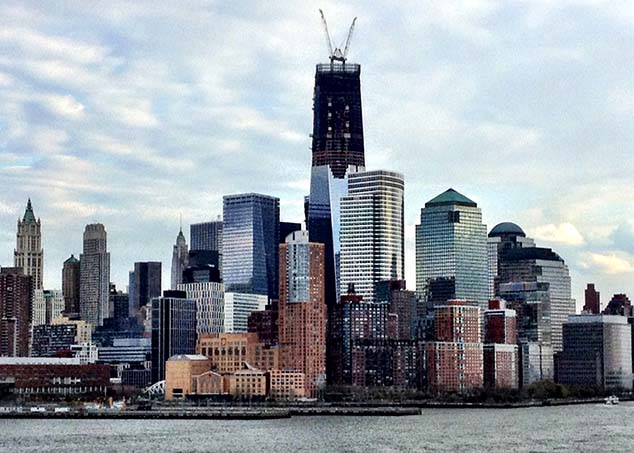 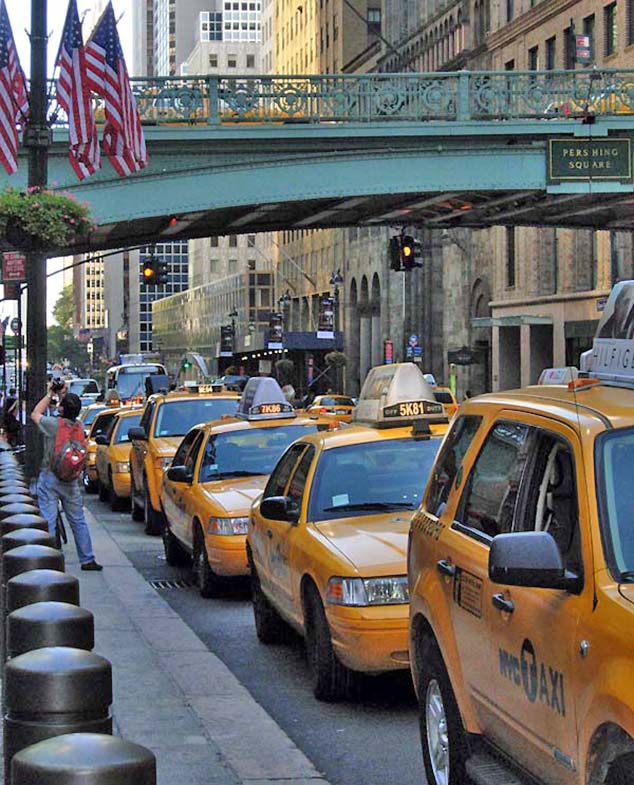 The taxicabs of New York City, with their distinctive yellow paint, are a widely recognized icon of the city. These taxicabs are operated by private companies and licensed by the New York City Taxi and Limousine Commission. They are the only vehicles in the city permitted to pick up passengers in response to a street hail. There are some 13,000 + taxis in the city and they're very easy to find, except of course if it's a rainy day, then you will struggle to find one. 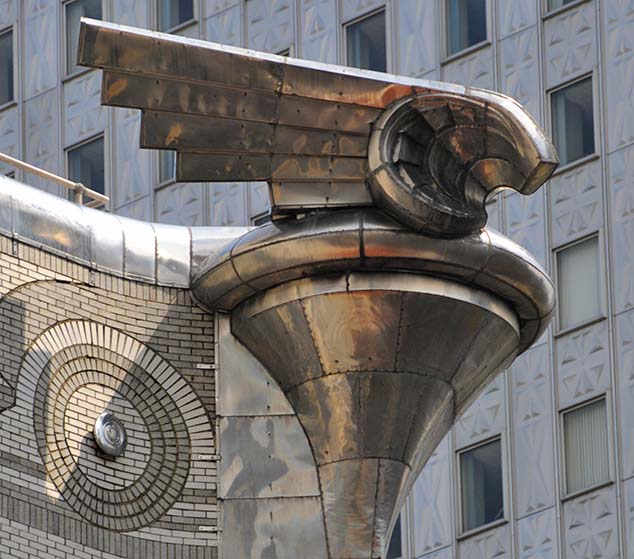 The Chrysler Building is an Art Deco style skyscraper in New York City. At 1,046 feet (319 m), the structure was the world's tallest building for 11 months before it was surpassed by the Empire State Building in 1931. It is still the tallest brick building in the world, albeit with an internal steel skeleton. The corners of the 61st floor are graced with eagles; on the 31st floor, the corner ornamentation are replicas of the 1929 Chrysler radiator caps, and this is one of those caps. The building was declared a National Historic Landmark in 1976. 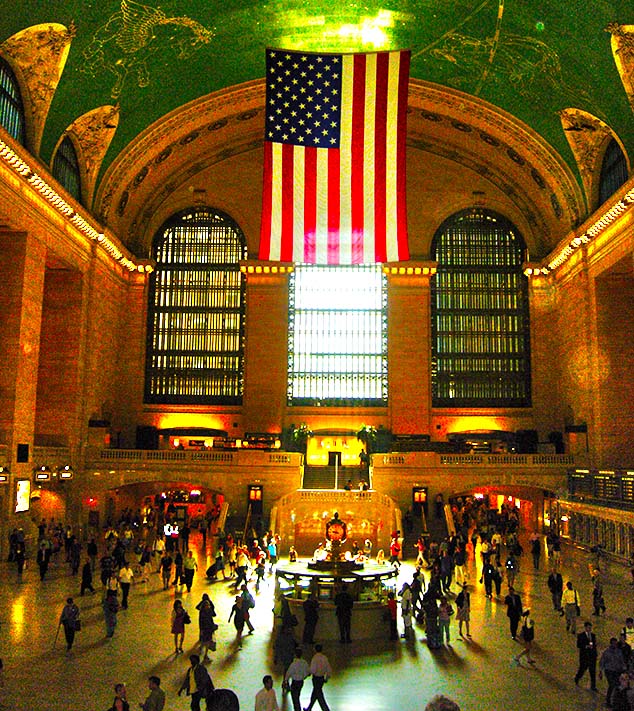