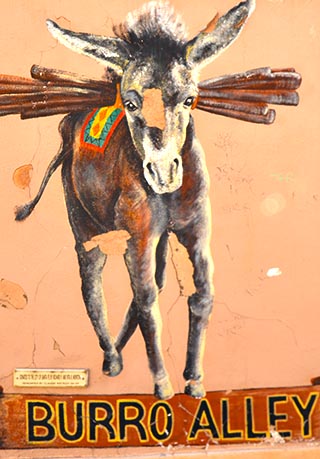 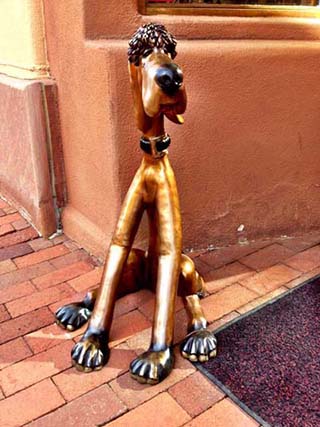 A dog for sale on a Santa Fe street corner. 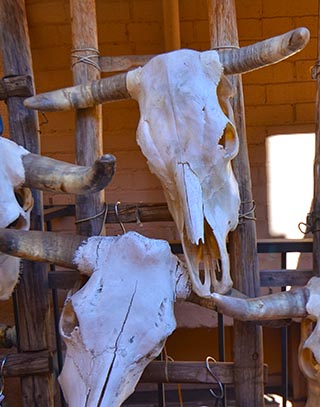 Cattle skulls sell well in this part of the USA. 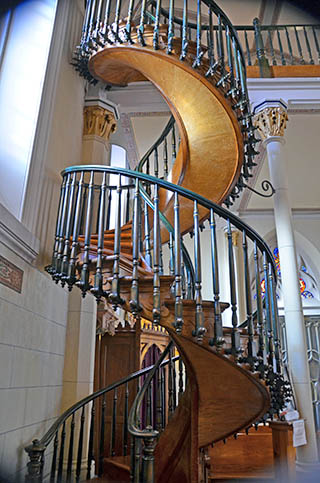 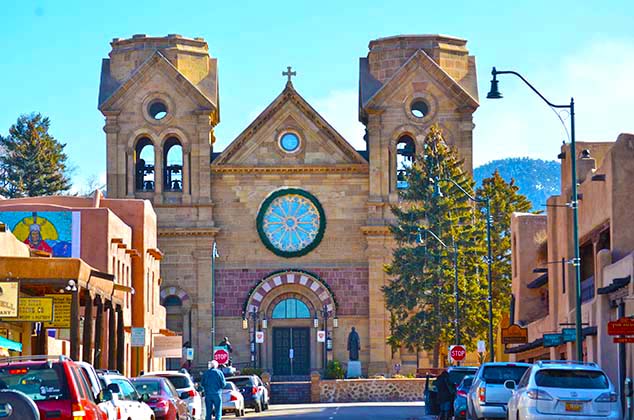 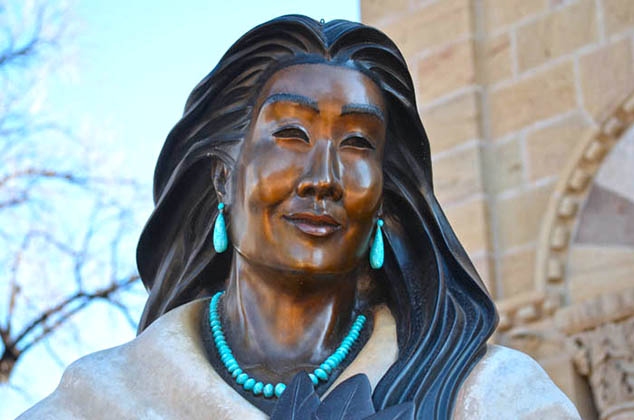 Kateri Tekakwitha is the first North American Indian to be beatified, and is to be canonized in October 2012. She was an Algonquian-Mohawk woman of New York State. At an early age, she converted to Christianity and this colorful statue of her stands in front of Saint Francis Cathedral in Santa Fe. 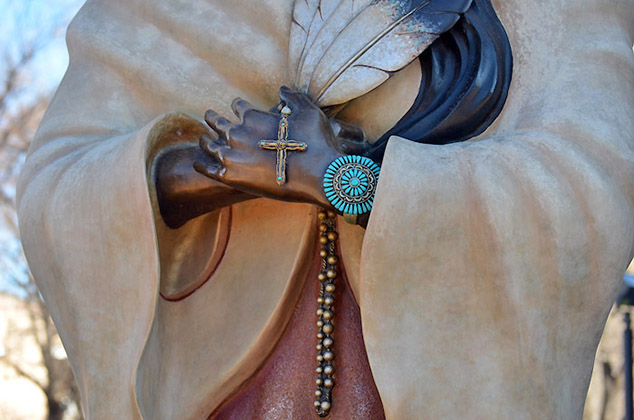 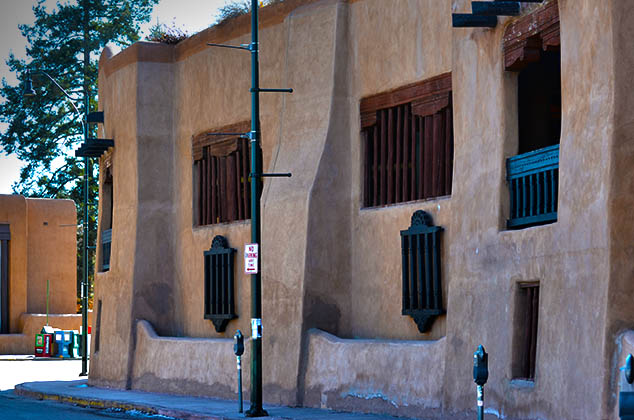 Santa Fe has a distinctive architectural style all its own. No other city in the country has so many low-slung, earth-colored buildings made of adobe bricks, which consist of a mixture of sun-dried earth and straw. 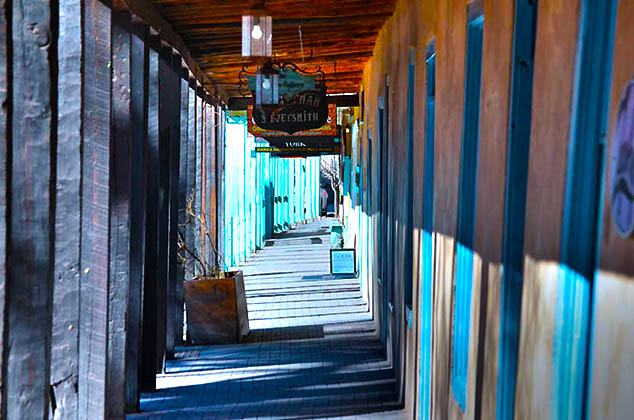 One of many shopping venues in Santa Fe, this colorful boardwalk is lined with specialty shops and restaurants. 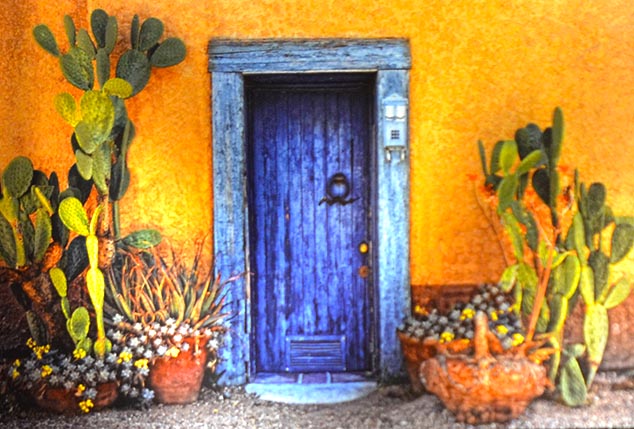 Santa Fe, New Mexico has a high concentration of artists, and this is one of their finished works for sale; beautiful. 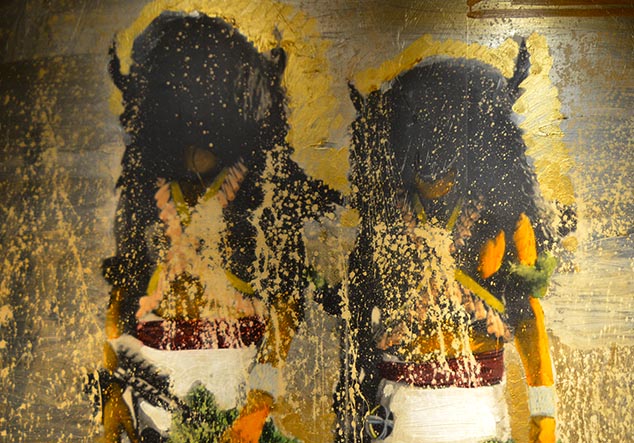 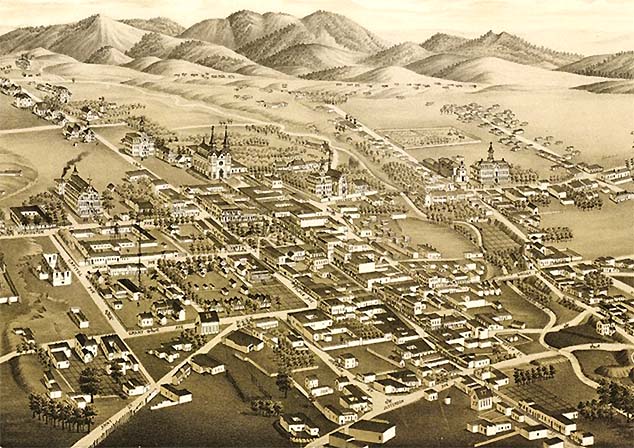 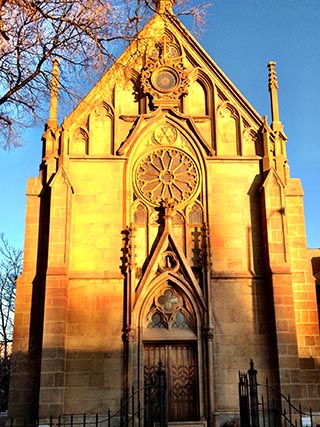 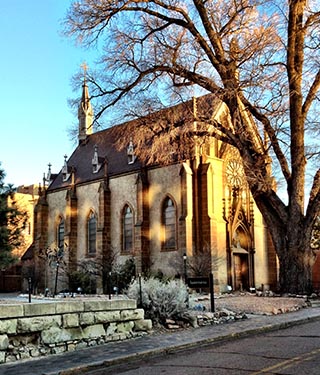 A sideview of the Loretto Chapel 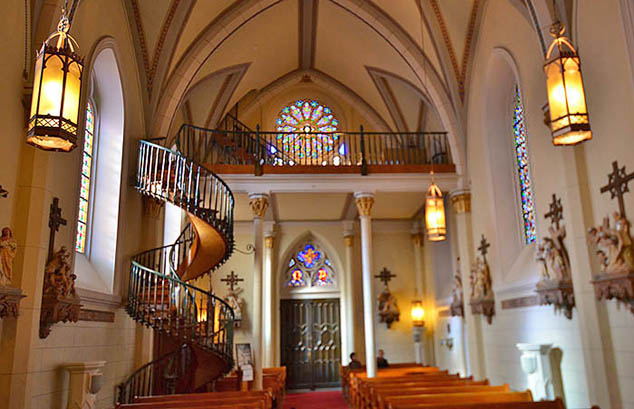 When the Loretto Chapel was completed in 1878, there was no way to access the choir loft twenty-two feet above. Carpenters were called in to address the problem, but they all concluded access to the loft would have to be via ladder as a staircase would interfere with the interior space of the small Chapel. Legend says that to find a solution to the seating problem, the Sisters of the Chapel made a novena to St. Joseph, the patron saint of carpenters. On the ninth and final day of prayer, a man appeared at the Chapel with a donkey and a toolbox looking for work. Months later, the elegant circular staircase was completed, and the carpenter disappeared without pay or thanks. 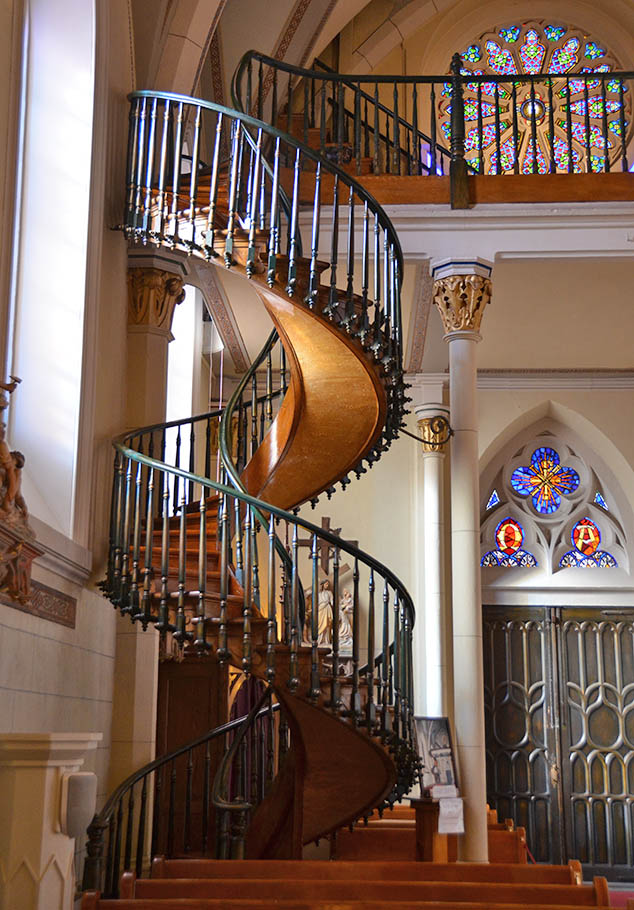 After searching for the man (an ad even ran in the local newspaper) and finding no trace, some concluded that he was St. Joseph himself, having come in answer to the sisters' prayers. The carpenter, whomever he was, built a magnificent structure. The design was innovative for the time and some of the design considerations still perplex experts today. 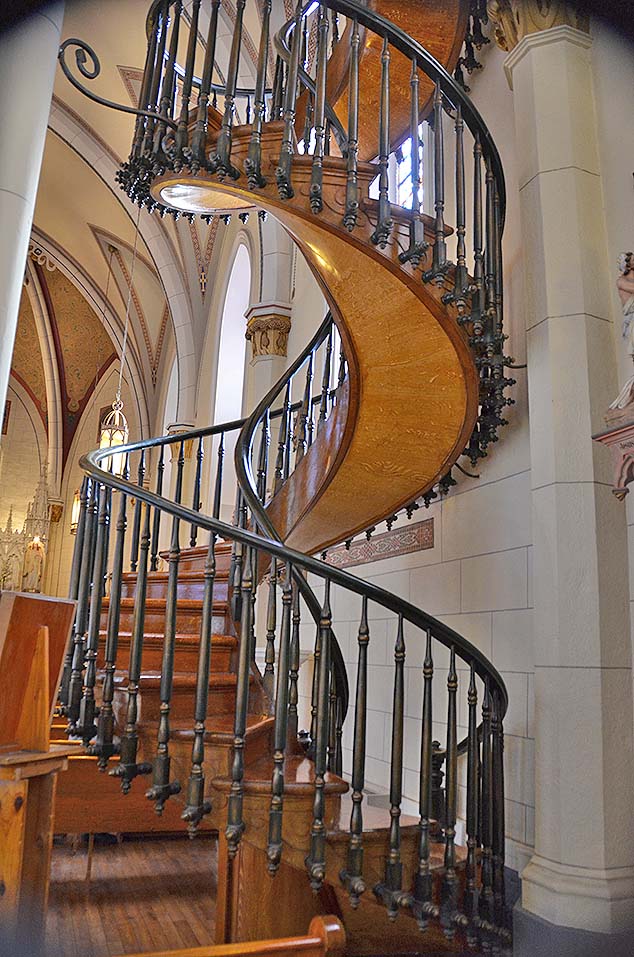 The staircase has two 360 degree turns and no visible means of support. Also, it is said that the staircase was built without nails, only wooden pegs. Questions also surround the number of stair risers relative to the height of the choir loft and about the types of wood and other materials used in the stairway's construction. Over the years many have flocked to the Loretto Chapel to see the Miraculous Staircase. The staircase has been the subject of many articles, TV specials, and movies including "Unsolved Mysteries" and the television movie titled "The Staircase."

This page was last updated on January 4, 2018.
WorldAtlas