Statehood for both North and South Dakota was established on November 2, 1889. The exact order of admission of the two states remains unknown. However, because of the alphabetical position, North Dakota is considered to be the 39th state and South Dakota, the 40th.

By 1910, there was a large population of settlers, comprised of German Americans, Scandinavian Americans and Yankees.

The largest majority were the Germans whose origins could be traced back to the Volga River area in Russia. The influx of these arrivals was so large that the south-central part of North Dakota became known as the "German-Russian Triangle". 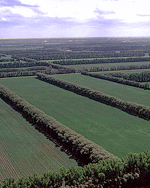 North Dakota is considered to be the most rural of all the states in the U.S. with more than 90% of the land devoted to farming. The production of spring and durum wheat, barley, rue, sunflowers, beans, honey, oats, sugar beets, hay flaxseed, hay, beef cattle and sheep ranks it first in the nation for agriculture.

Recently, food processing and the production of farm equipment have expanded. The oil and coal reserves are plentiful and North Dakota is one of the most prosperous states in the U.S. and also boasts one of the lowest unemployment rates.

With its upper Midwest location, weather conditions can vary widely. North Dakota has distinct four seasons. In 2009, the American Lung Association ranked Fargo as the cleanest city in the U.S. with an A rating for air quality.

North Dakota offers many options for visitors. It's home to more wildlife refuges than any other state. With wide-open spaces, it's an outdoor enthusiast's paradise with hiking, biking, canoeing, camping, golfing, wildlife viewing and horseback riding. North Dakota is also a favorite destination for grouse, pheasant and deer hunting.

Opened in 1932, the International Peace Garden straddles the border of Canada and North Dakota near the town of Denseith and receives more than 150,000 visitors per year.

In honor of this historic and signifcant monument, in 1957 the legislature declared the official nickname of North Dakota to be the Peace Garden State.

With its Indian history, the Louis and Clark trail and many national historical sites, North Dakota is a fascinating travel destination and one of America's most affordable vacation sites. 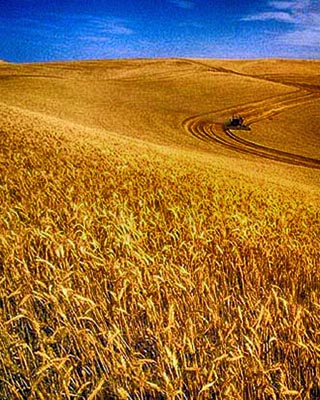 Did You Know? North Dakota accounts for more than half of all U.S. spring wheat. 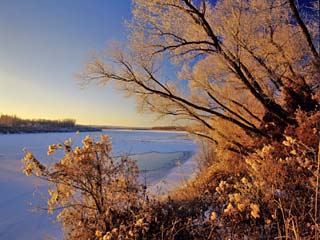 Winter on the Yellowstone River...
by Chuck Haney
Buy This at Allposters.com