During the War of 1812, a 2 1/2 year conflict between America and Great Britain, there were fifteen states in the Union. The British raided towns along the Potomac River and Chesapeake Bay, even burning the Capital Building and the Whitehouse in Washington D.C., forcing President James Madison to flee. The British later tried (unsuccessfully) to capture the port of Baltimore by bombarding Fort McHenry, Baltimore's main defensive structure. That battled lasted over 24 hours, and Francis Scott Key, a native of Frederick, Maryland, after witnessing the nighttime assault was inspired to pen the Star Spangled Banner, the National Anthem of the United States of America.

State's rights, and the continuation of slavery within the southern states were the primary catalysts for America's bloody Civil War (1861–1865); the deadliest war in American history. In Maryland some plantation owners sided with the Confederacy and many of those secessionists were ordered imprisoned by President Lincoln.

On the other hand Maryland's government joined the Union, eventually adopting a new constitution that ended slavery forever. With Marylanders fighting on both sides, neighbors fought neighbors, and the state witnessed many battles, including the Battle of Antietam, the first major conflict of the war to take place on Northern soil. It was the bloodiest single-day battle in American history, with about 23,000 casualties.

Because Maryland remained (for the most part) within the Union during the Civil War, it didn't undergo reconstruction like the other Southern States. However, as a one-time "slave state," Maryland experienced its share of racial tensions, and those social divisions took many years to resolve.

In 1904, as the state's economy began to surge back to life, The Great Baltimore Fire raged in Baltimore. It was a significant event for Maryland's largest city and the state as a whole; 1,500 buildings were destroyed and over 35,000 were homeless.

World War I brought expansion and new jobs to Maryland's military bases and facilities. That growth was tempered somewhat by the Great Depression of the 1930's, but the economics of World War II changed everything; many new businesses opened their doors and the state built the needed airports, bridges and highways. 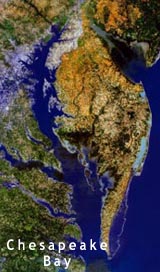 In the 21st century, Maryland morphed into one of the nation's premier vacation destinations. Its major attraction (without doubt) is the Chesapeake Bay, the largest estuary in the United States. Today both sides of the Bay are ringed with beaches, small fishing towns and vacation homes, and its waters are a seafood paradise, replete with huge quantities of blue crabs, calms, oysters and rockfish.

From the popular resort of Ocean City to the capital city of Annapolis, on westward to the Allegheny Mountains, the "Old Line State" of Maryland has numerous (quality) family attractions and historic points-of-interest, including Antietam National Battlefield, Fort McHenry National Monument, Harpers Ferry, Baltimore's Inner Harbor; U.S. Naval Academy in Annapolis and the Assateague Island National Seashore, to name but a few. 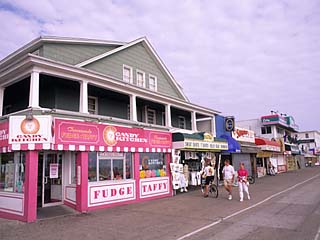 Ocean City boardwalk...
by Bill Bachmann
Buy This at Allposters.com 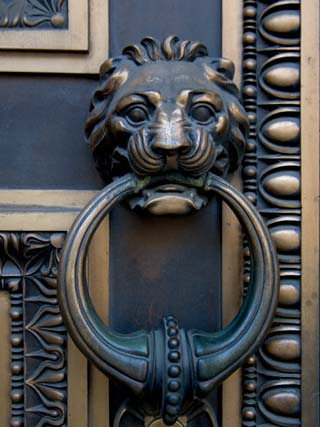 Lion-headed handle on the Baltimore courthouse...
by Scott T. Smith
Buy This at Allposters.com 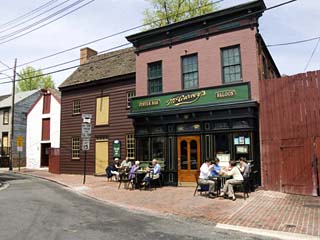 A quaint Annapolis street...
by Robert Harding
Buy This at Allposters.com