Much of the city's cultural identity is reflective of its role as the location of the Salem witch trials of 1692. In Salem, police cars are adorned with witch logos, the Salem High School athletic teams are named The Witches, and Gallows Hill, a site of numerous public hangings, is currently used as a playing field for various sports.

Tourists know Salem for a mix of important historical sites, including the House of Seven Gables. The town is also known for witch-themed attractions and a vibrant downtown that has more than 60 restaurants, cafes and coffee shops. If you travel through Massachusetts, Salem is a great place to visit. 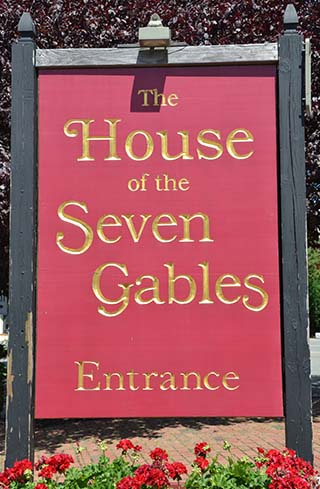 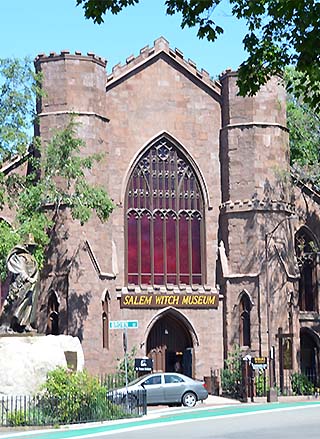 The Salem Witch Museum brings you there, back to Salem 1692. Visitors are given a dramatic history lesson using stage sets with life-size figures, lighting and a narration - an overview of the Witch Trials of 1692. 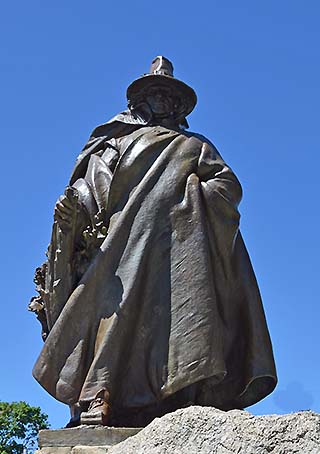 A handsome statue of Roger Conant, the founder of Salem, stands outside the Salem Witch Museum. Because of the statue's proximity to the museum and because of his cloak and hat and generally impressive appearance, Roger Conant is often mistaken for a participant in the Salem witch trials. Nothing could be farther from the truth. 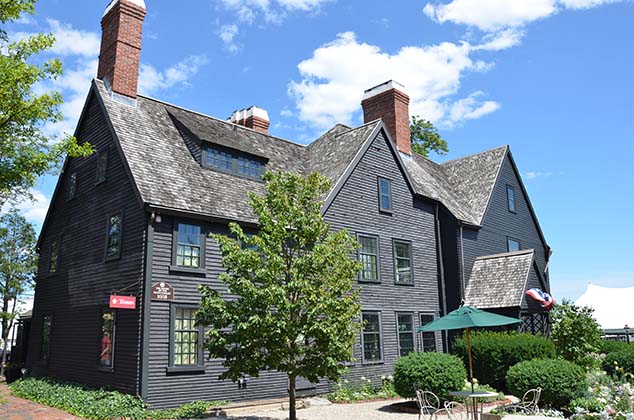 This is the House of Seven Gables in Salem, Massachusetts. The Gothic novel called "The House of the Seven Gables" was written by American author Nathaniel Hawthorne. In it Hawthorne explores themes of atonement, guilt and retribution in a New England family and colors the tale with suggestions of the supernatural and witchcraft. The story was inspired by the gabled house (shown) belonging to Hawthorne's cousin Susanna Ingersoll and by those of Hawthorne's ancestors who played a part in the Salem Witch Trials of 1692. The House of the Seven Gables has been adapted several times to film and television.c 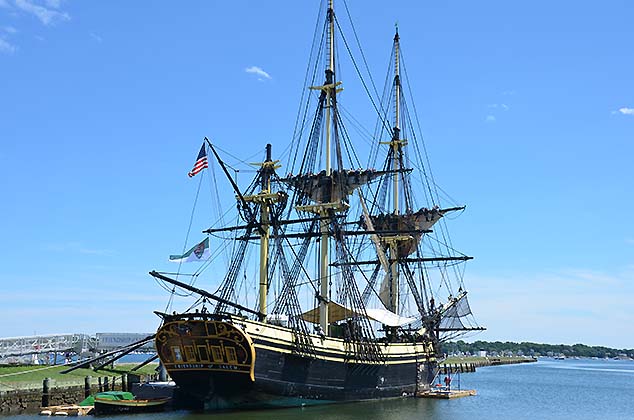 The Salem East Indiaman Friendship was launched in 1797. She made 15 voyages during her career to Batavia, India, China, South America, the Caribbean, England, Germany, the Mediterranean, and Russia. Built for the Salem mercantile firm Waite and Peirce in the South River shipyard of Enos Briggs, she ended her activities as an American merchant vessel when she was captured as a prize of war by the British Sloop of War HMS Rosamond in September of 1812. This is a faithfully restored replica, an d an impressive ship she is. 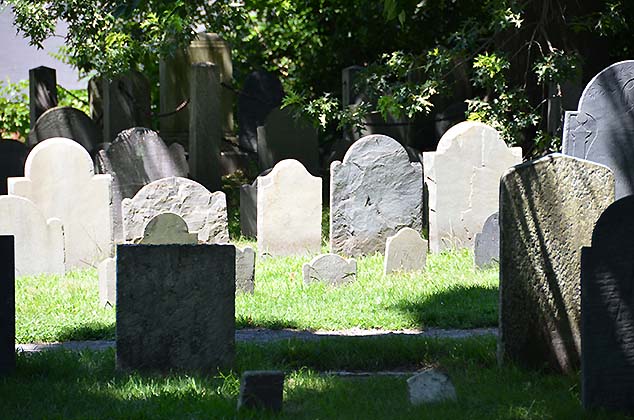 This Salem cemetery takes one back to the very early days of the British colonies in North America. "Stop here stranger, cast an eye. As you are now, so once was I. As I am now, so you must be, so prepare for death and follow me." 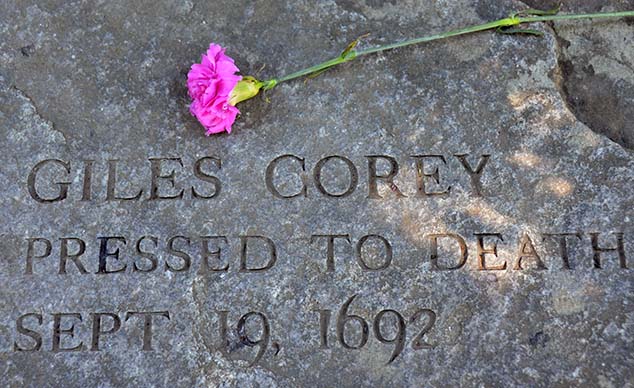 Death by crushing or pressing is a method of execution that has a history during which the techniques used varied greatly from place to place. This form of execution is no longer sanctioned by any governing body. The only death by crushing in American history was Giles Corey, who was pressed to death on September 19, 1692, during the Salem witch trials, after he refused to enter a plea in the judicial proceeding. According to legend, his last words as he was being crushed were "More weight", and he was thought to be dead as the weight was applied. 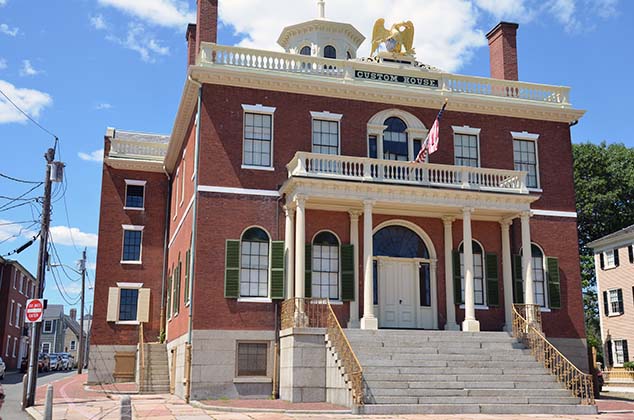 The Custom House at Salem Maritime NHS is the last of 13 Custom Houses in the city. There has been a Custom House in Salem since 1649, collecting taxes on imported cargos first for the British Government during the Colonial period, then for the American Government after the establishment of the U. S. Customs Service in 1789. This Custom House was built in 1819 and housed offices for the officers of the U.S. Customs Service, as well as an attached warehouse, the Public Stores, used for the storage of bonded and impounded cargo. 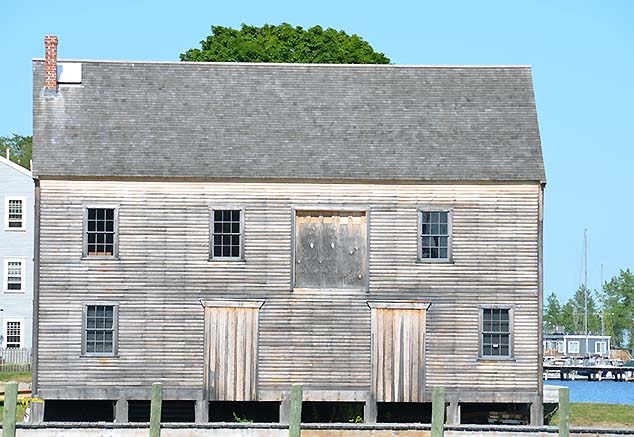 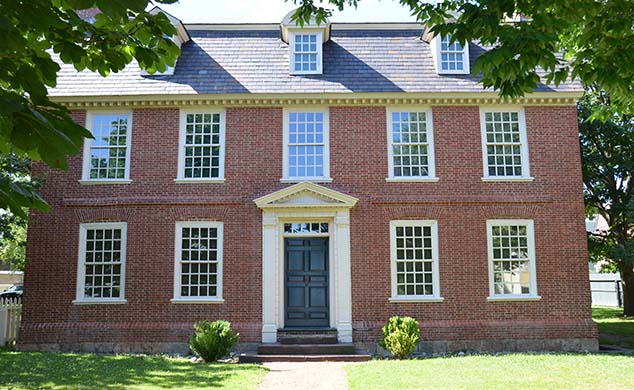 This Georgian Colonial house was built by Richard Derby for his son, Elias Hasket Derby (America's first millioniare), and new wife, Elizabeth Crowninshield. It is the oldest brick house in Salem. Richard Derby began as a Captain for the "codfish aristocrats" whose fortunes were built on fishing and trade. Richard's son, John, carried the first news of battles of Lexington and Concord to England aboard the Quero which sailed from Salem Harbor April 26, 1775. The building overlooks the wharves and warehouses built around the same time.