In modern times the U.S. State of Hawaii is certainly one of the premier travel destinations on the planet, and to quote the American author, Mark Twain,

Hawaii is the loveliest fleet of islands that lies anchored in any ocean..."


That said, the first inhabitants to set foot here sometime around 500 AD, were not on holiday, but rather wandering Polynesians from the


500 years later the Tahitians also discovered these beautiful islands, and through the entire 13th century thousands of immigrants from Tahiti made the long, perilous journey across the Pacific Ocean to Hawaii.


For visitors from around the world Hawaii is known for the endless variety of glorious beaches, especially Poipu, Sunset and Waikiki, the old whaling town of Lahaina, spectacular Kona Coast, Pearl Harbor, Haleakala National Park, Hawaii Volcanoes National Park and Kilauea, Na Pali Coast and Waimea Canyon - to name but a few. 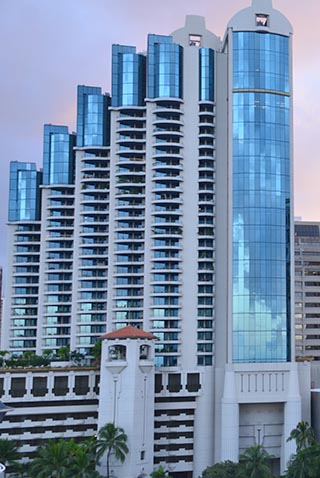 A rocky shoreline along the Kona Coast, Big Island. 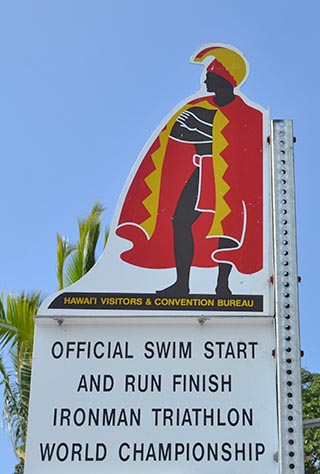 Now held on the Big Island, and in its 34th year, the Hawaiian Ironman World Championship centers on the dedication and courage exhibited by participants who demonstrate the Ironman mantra that "Anything is Possible."

The Aloha Tower is an iconic symbol of Hawaii. Built in September of 1926, this was the tallest building in the islands for four decades and its clock was one of the largest in the United States. The tower stood as a welcoming beacon for visitors since travel to Oahu was done entirely by sea. 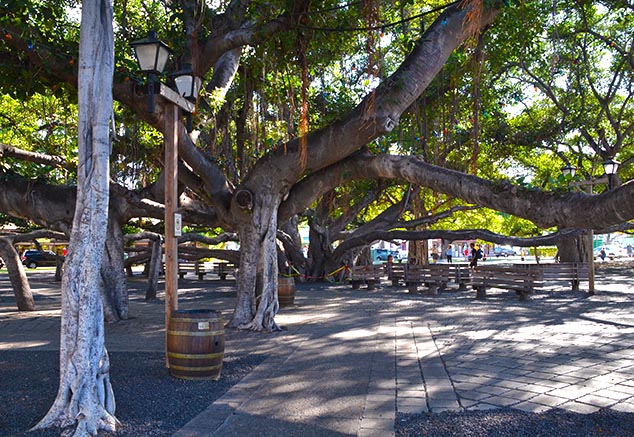 This nearly 140-year-old banyan tree that towers over almost an acre of downtown Lahaina on the island of Maui is said to be the largest such tree in the United States. According to its commemorative marker, Sheriff William Owen Smith planted the Indian specimen on April 24, 1873, to honor the 50th anniversary of the first Protestant mission in Lahaina. Thanks to its aerial roots, which grow into trunks when they touch ground, the generously shady tree is now supported by at least 16 trunks in addition to the original. It's quite a site to see. 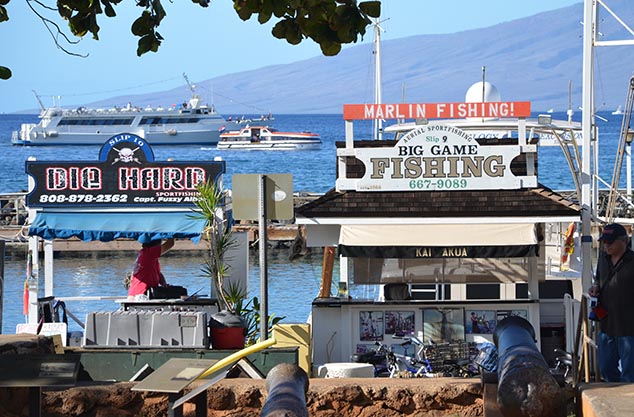 The Hawaiian Islands are renowned for their big-game fishing opportunities, with anglers flying in from all over the world for high-stakes tournaments or just a low-key time with friends. Regardless of the island you visit, a local fishing experience will make you smile. 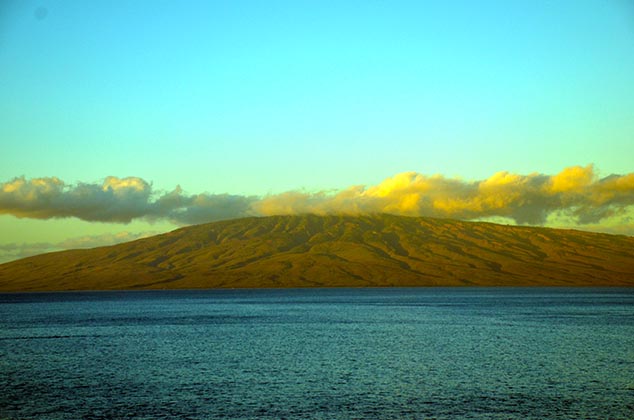 Looking across the Au'au channel, this is a view of Lanai from Maui. Lanai is the sixth-largest of the Hawaiian Islands and the smallest publicly accessible inhabited island in the chain. It is also known as Pineapple Island because of its past as an island-wide pineapple plantation. The island's only settlement of note is the small town of Lanai City. 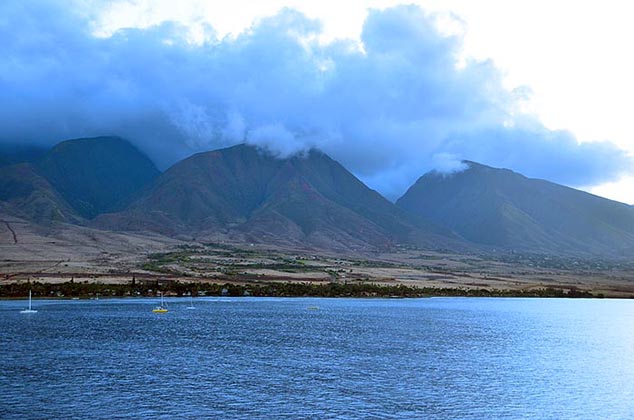 On a return trip from Lanai to Maui by ferry, this is a view of Maui with the small town of Lahaina behind the sailboats. The West Maui Mountains or West Maui Volcano, known to the Hawaiians as Maui Komohana, forms a much eroded shield volcano that constitutes the western one-quarter of the island. 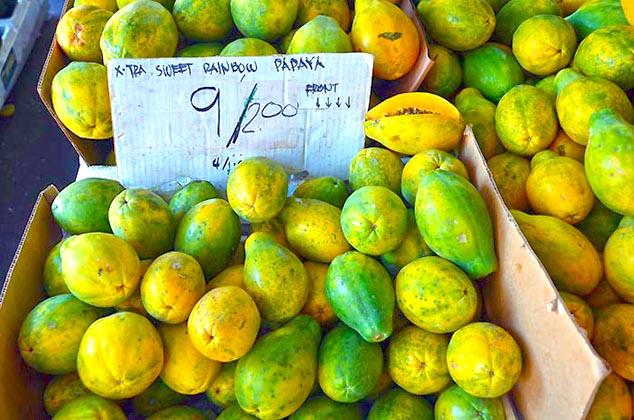 Hawaii papayas are more than a delicious tropical taste. They are rich sources of nutrients that together promote healthy living. Papayas are one of the healthiest fresh fruits, low in fat and a good source of fiber. They are really delicious, and especially at the low price shown. 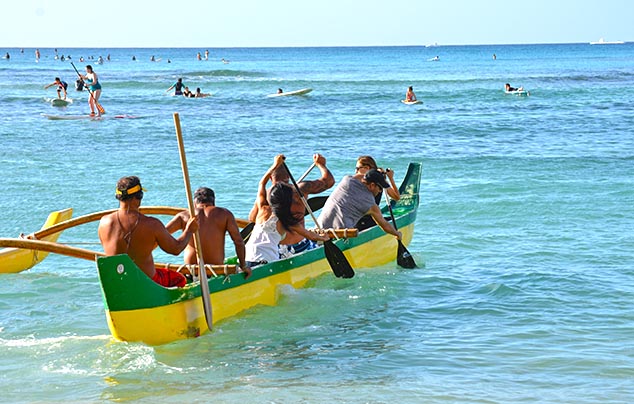 In Hawaii, especially on the island of Oahu, the outrigger canoe ride of today was derived from the original sport that was beloved by the elite of old Hawaiian outrigger surfing. The outrigger canoe is one of the safest ocean vessels today. It is the only vessel that does not require life jackets by the US Coast Guard, making it the perfect activity for the whole family. Anyone can participate in this "royal" activity and experience the thrill of surfing from the safety of a outrigger canoe. It's a lot of fun. 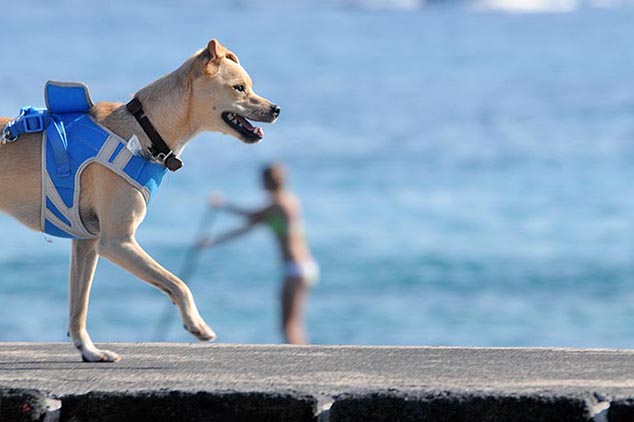 I spotted this little dog on the Big Island, seemingly nervous and pacing back and forth, as his master (in the background) was surfboard paddling; maybe jealousy was part of the equation. 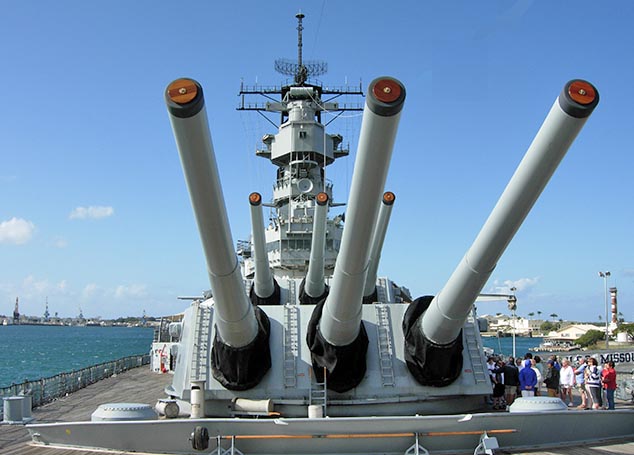 Hawaii is certainly one of the "Big Guns" of tourism, and speaking of Big Guns, the USS Missouri was the last battleship built by the United States and was the site of the surrender of the Empire of Japan which ended World War II. Missouri received a total of 11 battle stars for service in World War II, Korea, and the Persian Gulf, and was finally decommissioned on 31 March 1992, but remained on the Naval Vessel Register until her name was struck in January 1995. In 1998, she was donated to the USS Missouri Memorial Association and became a museum ship at Pearl Harbor, Hawaii. If you possibly can on your journey to Hawaii, make this ship a must see.