During the reconstruction period southern states were all placed under military control. The state's constitution was revised, one that gave all of the former slaves the right to vote. Georgia began to rebuild, and in 1870, Georgia was readmitted to the Union, with Atlanta declared the 5th state capital in its young history.

Growth was slow, but by the beginning of the 20th century, Georgia was on the road to economic recovery. Besides industrial expansion, cotton and tobacco production continued to surge, as well as those "now famous" Georgia peaches and pecans.

Like most other states, Georgia also prospered during World War I, but then, in 1929, America's stock market crashed, the Great Depression took hold, and Georgians would suffer once again.

Though it crushed most of Europe, World War II helped restart the Georgia economy. Military installations were constructed, new factories built and Georgia cities grew quickly as people went back to work.

In the 1950's the ugly head of racism surfaced across America's south. Many school systems were still segregated (blacks from whites), and even though the U.S. Supreme Court legally ended segregation in 1954, Georgia was not fully integrated until 1970.

The state and its people (to their credit) moved steadly forward, and in 1977, Jimmy Carter from Plains, Georgia, was elected President of the United States.

Today Georgia is home to Coca Cola, and numerous Fortune 500 corporations. It's also the site of the busiest airport on the planet, and the manufacturing and marketing hub of the American South.

From quiet rivers towns to the dizzying pace of Atlanta, and from the refined styles of sophisticated Savannah, south to the isolated barrier islands, there's really no destination quite like the "Peach Tree" state.

Georgia is mint juleps, antebellum homes, covered bridges and a friendly, welcoming place, one rich in southern history and a wide assortment of amazing sites to visit and enjoy. 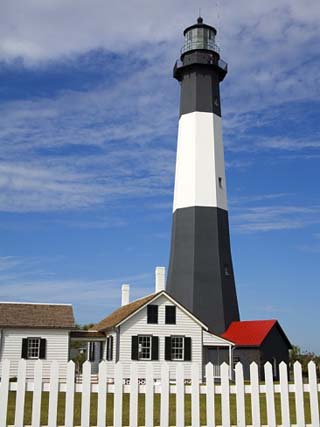 Tybee Island...
by Richard Cummins
Buy This at Allposters.com 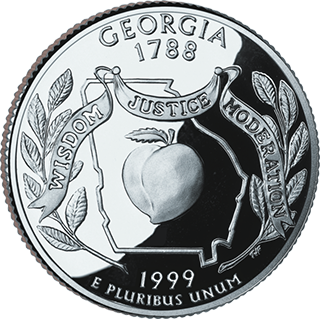