Ybor City is an historic neighborhood in Tampa, Florida located just northeast of downtown. It was founded in the 1880s by cigar manufacturers and was populated by thousands of immigrants, mainly from Spain, Cuba, and Italy. For the next 50 years, workers in Ybor City's cigar factories would roll millions of cigars annually.

it features its own unique blend of aromas, sights and sounds, including the smooth taste of Spanish Sangria, the smell of Cuban coffee and cigars and the Latin sounds of Rumba and Salsa late into the evening.


The neighborhood has been designated as a National Historic Landmark District, and several structures in the area are listed in the National Register of Historic Places. In 2008, 7th Avenue, the main commercial thoroughfare in Ybor City, was recognized as one of the "10 Great Streets in America" by the American Planning Association. 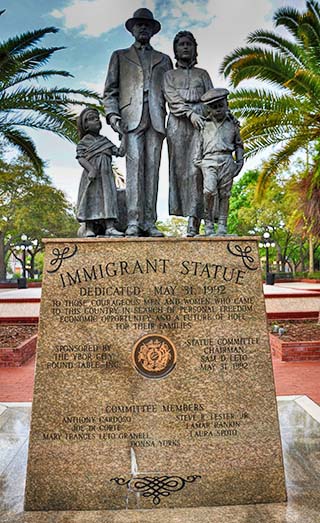 A statue honoring the hundreds of immigrants that came to Ybor City, and made it was it is today. 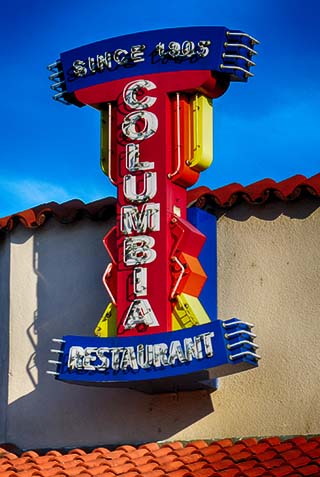 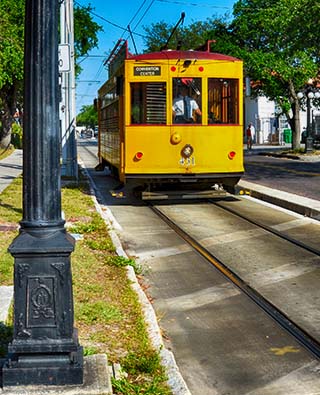 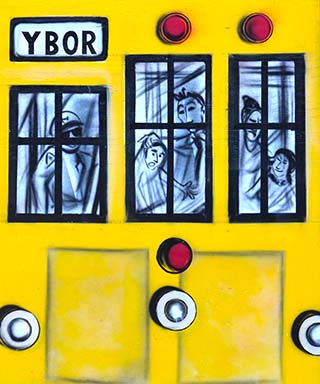 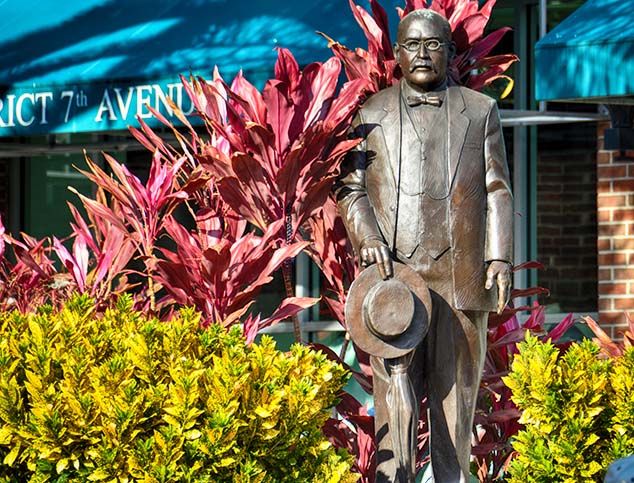 Vicente Martinez-Ybor became a noted industrialist and cigar manufacturer first in Cuba, then Key West, and finally in Tampa. He is perhaps best known for his founding the immigrant-populated cigar manufacturing town of Ybor City just outside of Tampa, Florida in 1885. It was annexed by Tampa in 1887 and was a major factor in the community's rapid development from a small town into one of the largest cities in Florida and, for a time, the world's leader in cigar manufacturing. When Martinez-Ybor died in 1896, much of Tampa closed down to attend his funeral. 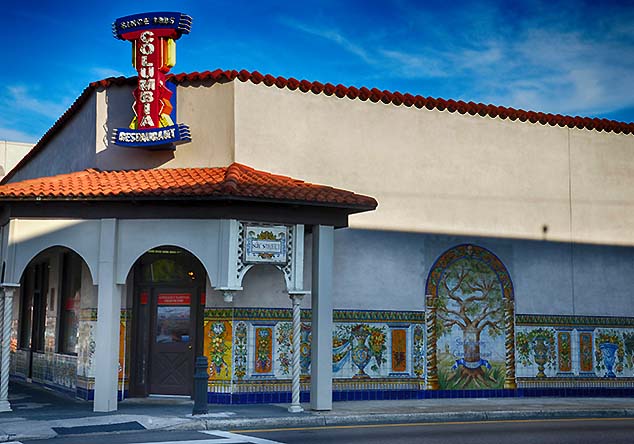 The original Columbia Restaurant, located in the historic Ybor City neighborhood in Tampa, Florida, is the oldest continuously operated restaurant in Florida, the oldest Spanish restaurant in the United States and one of the largest Spanish restaurants in the world with 1,700 seats in 15 dining rooms taking up 52,000 sq.ft. over an entire city block. Founded in 1905 in, the landmark is still owned by the Hernandez/Gonzmart family and serves Spanish and Cuban cuisine. The food and service is first class. 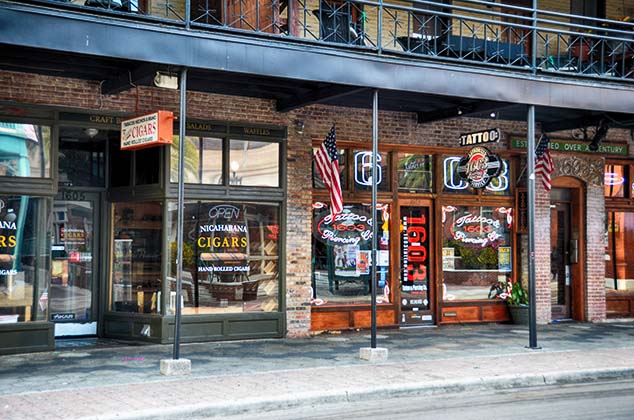 This is a small, yet typical slice of historic 7th Avenue in Ybor City (pronounced EE-bore). It's where brick-paved streets and wrought iron balconies frame historic buildings that reflect another place in time. It's a great place for sipping a coffee, smoking a locally made cigar, and for just staying late for the nightclub scene. 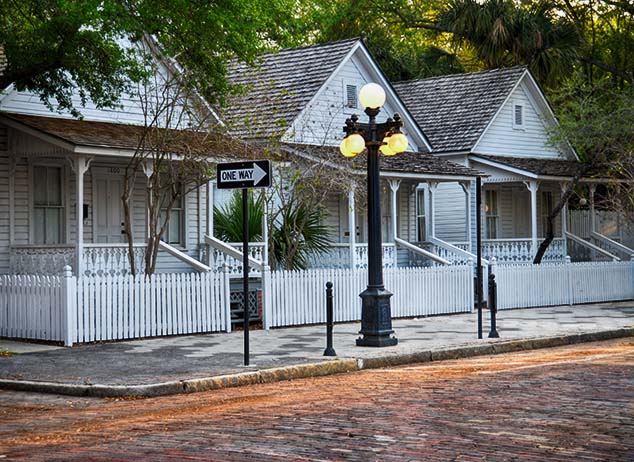 Built in the early 1900s, these white row houses on a cobblestone street in Ybor City reflect its historic past. 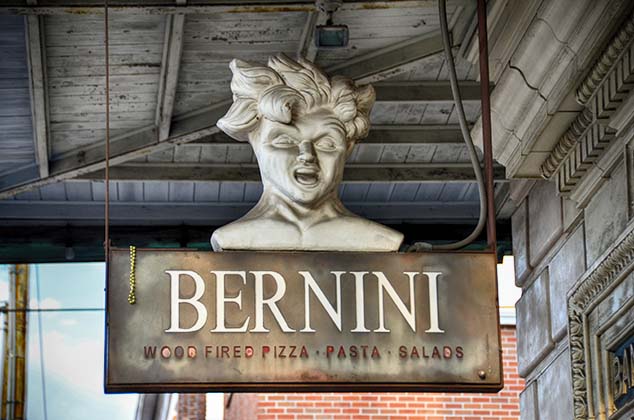 On of the many innovative restaurants on 7th Avenue in Ybor City; reminds be ever so much of 6th Street in Austin, Texas. 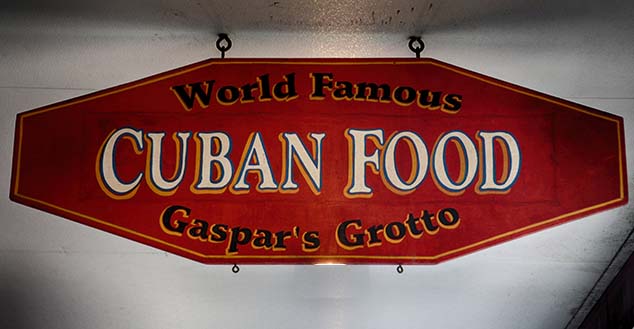 There are many opportunities to enjoy authentic Cuban food in Ybor City. and this is one of the choices. 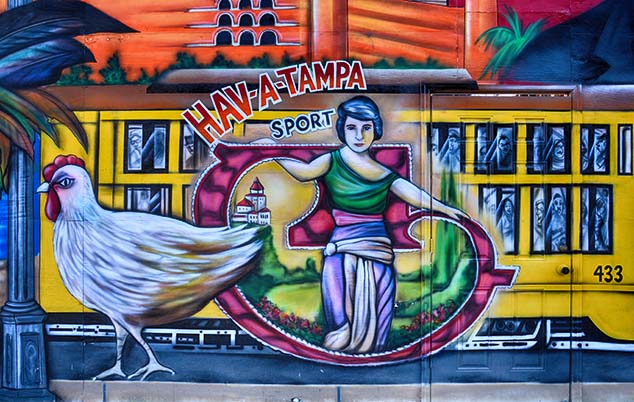 This street art in Ybor City pays tribute to Hav-A-Tampa Cigars, originally trademarked in 1902, Hav-A-Tampa was at one time the world's largest selling wood-tipped cigar. 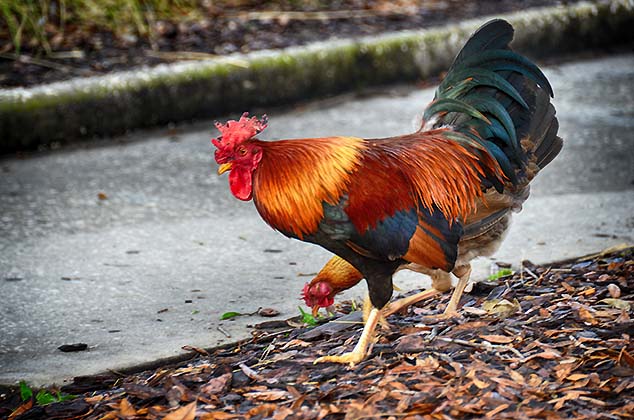 If you hear some loud crowing in Ybor City, know that much like Key West, Florida, wild roosters, hens and their chicks wander around the city. By most accounts, the wild chicken population numbers around 100, so no big problem.