There are 29 private and 12 public universities in the sate of Florida. 28 additional public colleges, mostly community colleges, comprise the totality of higher education in the state. Over a million students per year attend Florida colleges and universities annually.

Especially notable, however, is the success of Miami Dade College, one of the most complex colleges in the country of any kind. Spread over eight separate campuses, Miami Dade College has an enrollment of 174,000, over 80,000 more students than any other community college in the nation. 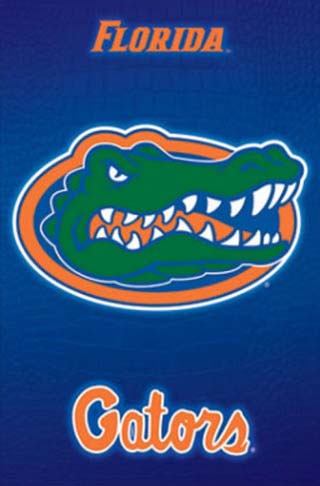 Florida Gators...
Buy This at Allposters.com