Key West is known for its clear blue waters, sun-filled skies, and laid-back attitude. In addition to being a great vacation spot, the city has also served as an artistic refuge, a presidential retreat, a military post, and an important port.

Vacations in Key West (be them short or long) are typically lazy, sunny days on the beach, and nights on the town that often last till dawn. The island is loaded with flashy clubs, shops and restaurants, and prices in this 'Cheeseburger in Paradise' destination can be a bit on the high side. 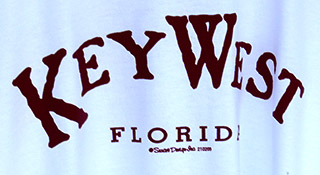 Duval is the major shopping street in Key West. 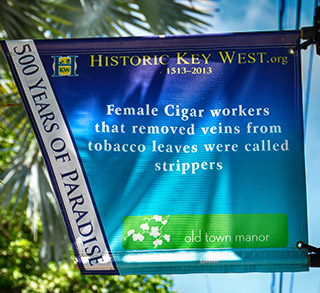 Did you know this about female cigar workers? 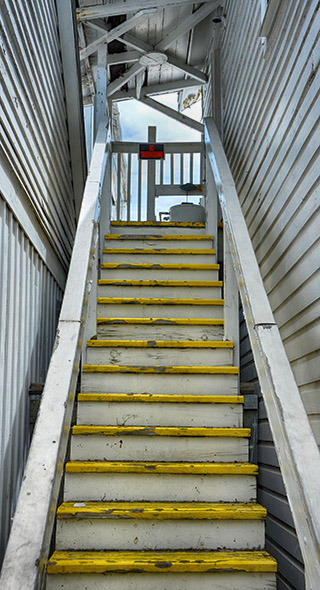 Wooden stairs leading to the second level of a building on Duval Street. 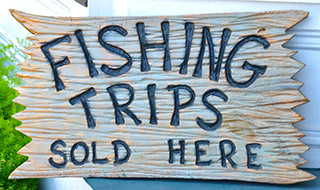 Some say the fishing off of Key West is the best. 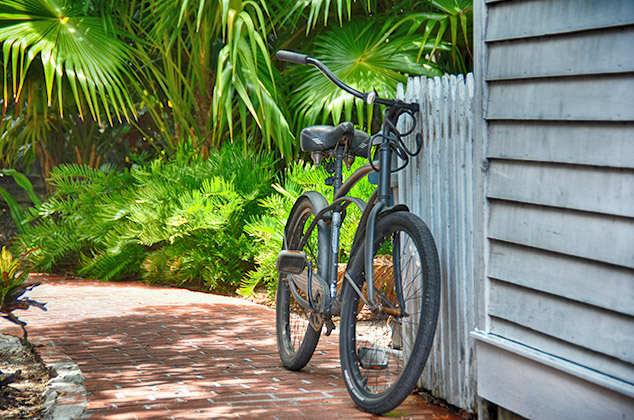 There's a very laid-back, casual lifestyle on Key West, and riding your bike to work fits right in. 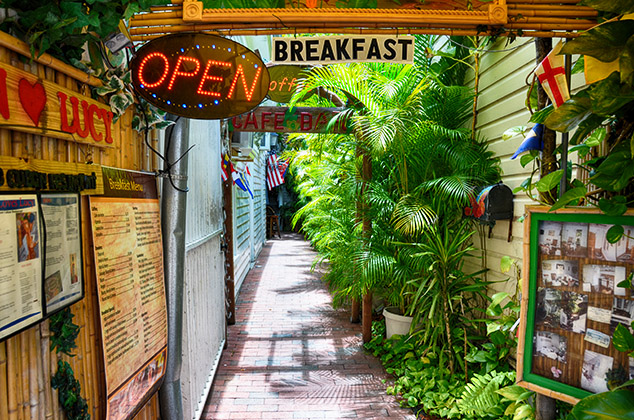 On the island of Key West this pathway to an outdoor restaurant is hard to resist, at least it was for me 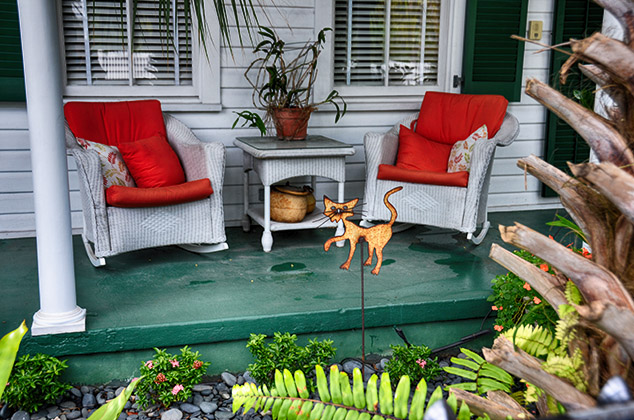 There's a style on this tropical island, and relaxing chairs on the front porch are commonly seen. 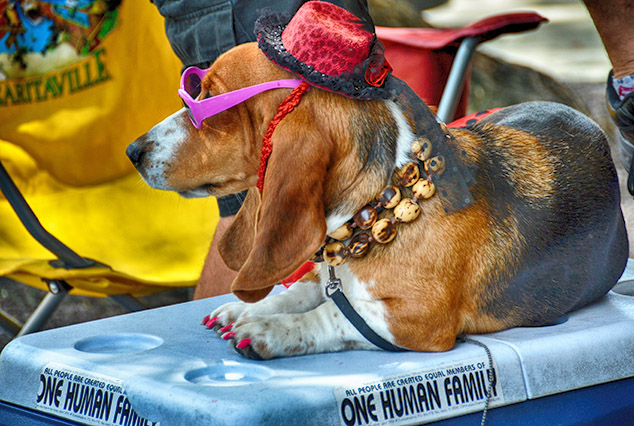 In Key West, Florida, even if you're a dog, when you've cool, you're cool. Check out the nails. 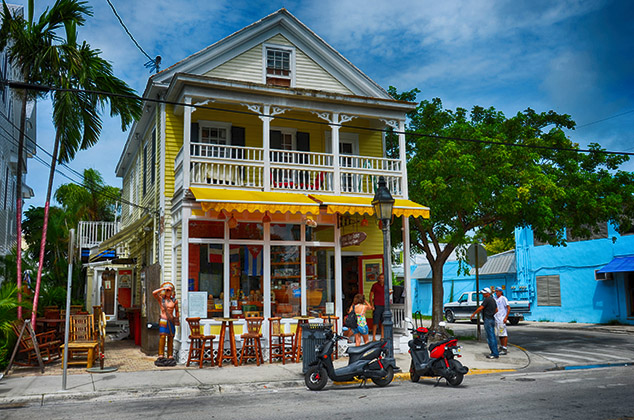 Dozens of shops line Duval Street in Key West, Florida, and this is but one. Duval Street is the island's famous downtown commercial zoned street, running north and south from the Gulf of Mexico to the Atlantic Ocean. From shore to shore, the street is just over a mile in length. It was named for William Pope Duval, the first territorial governor of Florida. 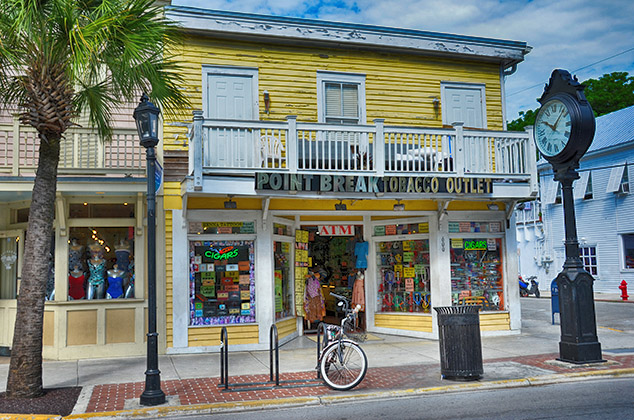 Another of the classic stores on Duval Street. On certain nights, Duval Street often vibrates with a carnival like atmosphere that lasts until dawn and beyond. In fact, the ritual has a name known to tourists and residents as the "Duval Pub Crawl." Duval is the location of many famous restaurants and bars, including Sloppy Joe's and Jimmy Buffett's Margaritaville. 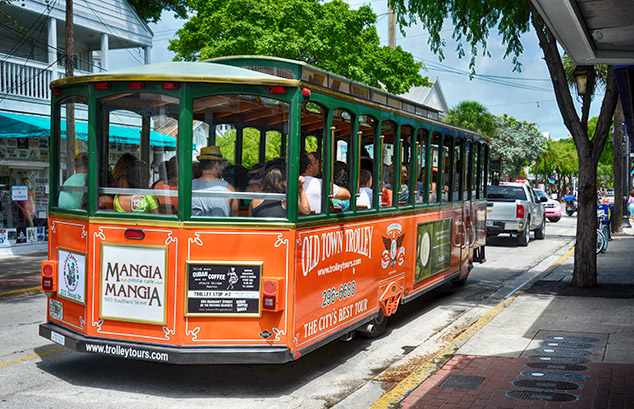 For over 30 years, Old Town Trolley Tours has been providing sightseeing tours highlighting the best of Key West. Hop aboard one of our trolleys and you'll experience a delightful combination of transportation and entertainment. With Old Town Trolley, you can avoid costly parking and city driving while exploring at your own pace as you hop on and off the trolley. 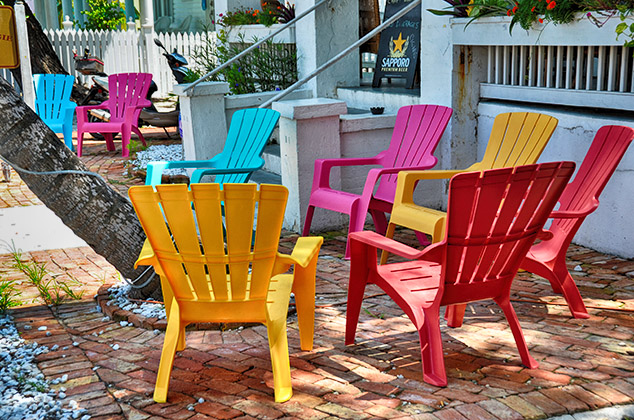 If Key West is anything, it is colorful, and these relaxing chairs on Duval Street are a great example. 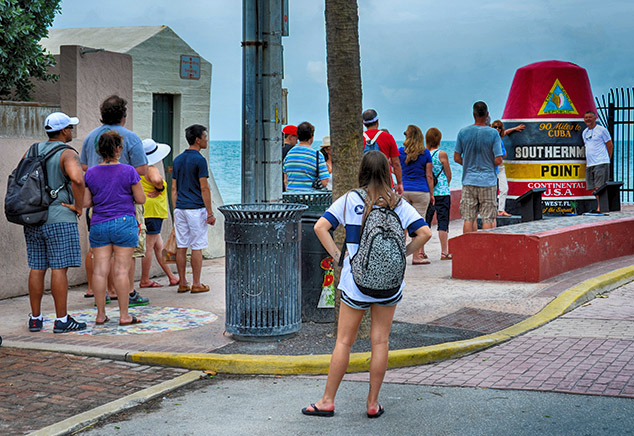 The Southernmost point in the Continental USA is marked by a buoy. This large painted buoy is a tourist attraction established in 1983 by the city at the corner of South Street and Whitehead Street. The wording is really not accurate, as Florida's official southernmost point is actually Ballast Key, a privately owned island south and west of Key West. Regardless, it is one of the most visited and photographed attractions in Key West, and during the day there is usually a line of tourists lined up to have their picture taken.