The San Diego Zoo is hailed as one of the finest zoos in the world with millions visiting each year.
It displays animals from across the planet include pandas, penguins, polar bears, pythons and pumas. Great family deals, live animal shows, and safari summer camps round out the San Diego Zoo experience.
The San Diego Zoo Safari Park is a drive-thru safari with vast open areas themed around the continents of the world. Visitors also enjoy sleep-over adventures, close-up photo safaris and a veterinary hospital tour.
If you and your family visit Southern California, the San Diego zoo at Balboa Park (see map) is a must see. 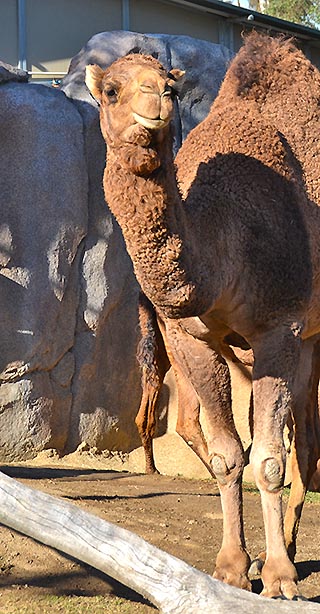 A handsome camel at the San Diego Zoo. 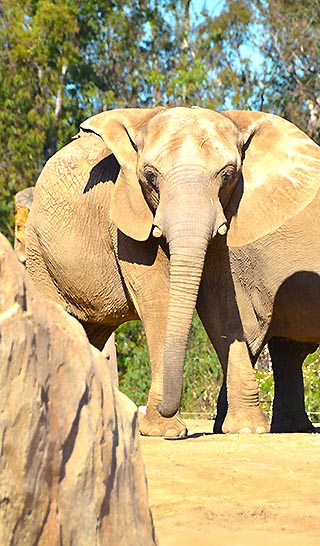 An Africa Elephant at the San Diego Zoo. 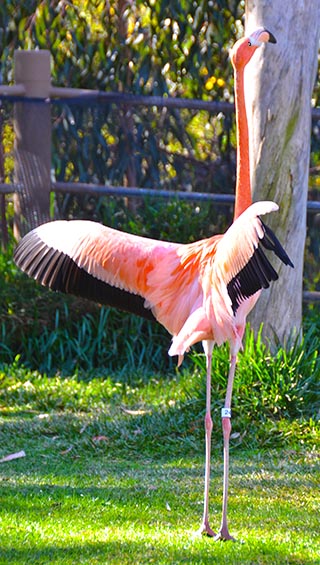 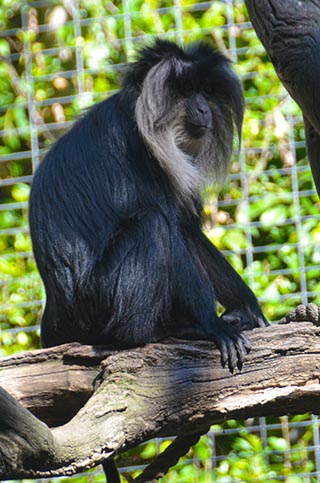 A Mangabey monkey at the San Diego Zoo. 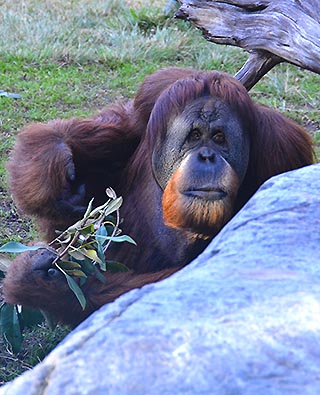 A large male Orangutan at the San Diego Zoo. 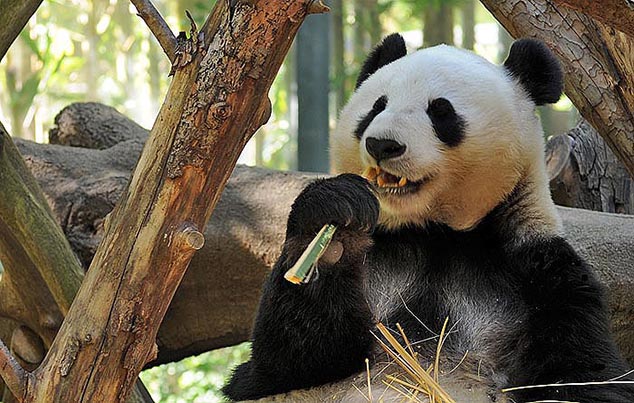 The San Diego Zoo houses over 3,700 animals of more than 650 species and subspecies. It is also one of the few zoos in the world that houses the giant panda. The zoo actually raises 40 varieties of bamboo for its pandas that are on long-term loan from China. 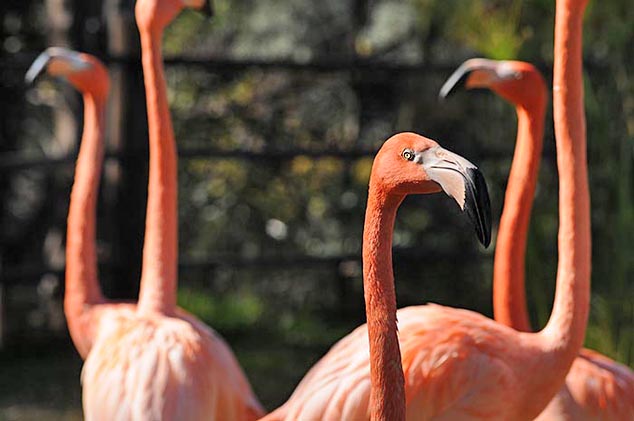 American Flamingos are a type of wading bird and very social creatures. They live in colonies whose population can number in the thousands, and those large colonies are believed to serve three purposes for the flamingos: avoiding predators, maximizing food intake, and using scarce suitable nesting sites more efficiently. 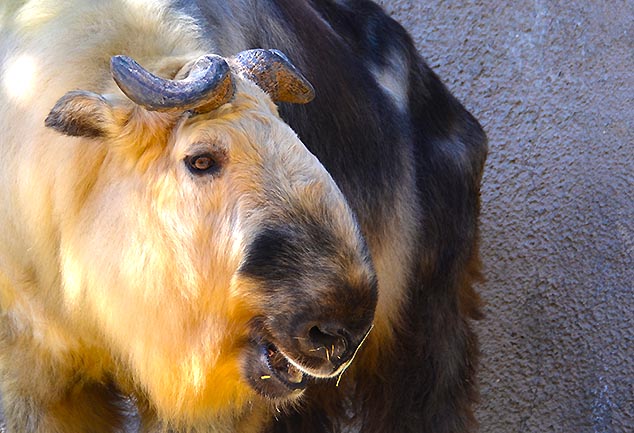 With horns like a wildebeest, a nose like a moose, a tail like a bear, and a body like a bison, the Takin (rhymes with rockin') looks like a character from Dr. Seuss! This large, muscular, hoofed mammal is sometimes referred to as a goat antelope, because it has things in common with both goats and antelope. But the takin is most closely related to sheep and to the goat-like aoudad, or Barbary sheep, of North Africa. 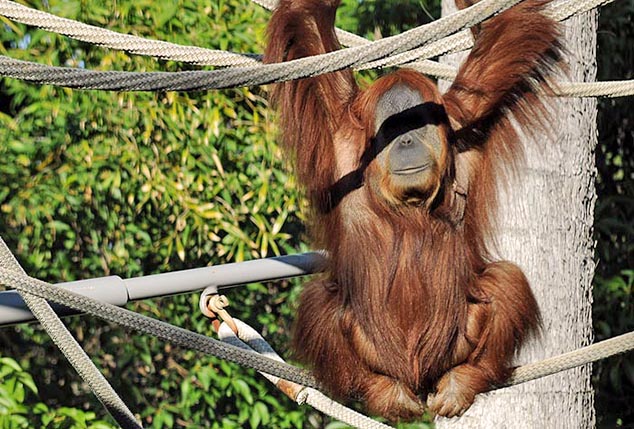 Orangutans, one of the great apes, spend most of their time in trees. Their hair is reddish-brown, instead of the brown or black hair typical of chimpanzees and gorillas. I call this one "The Female Lone Ranger," as rope shadows masked her face. 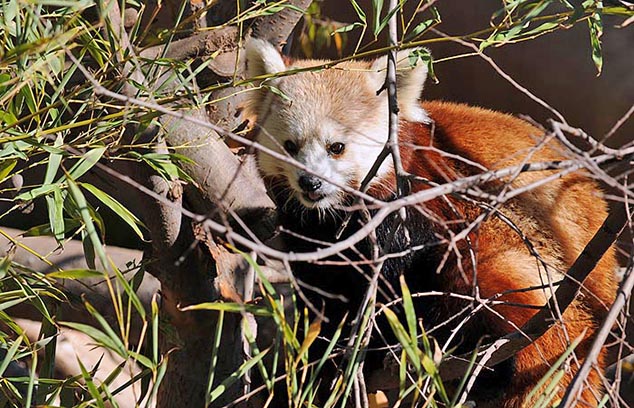 The red panda is a small mammal native to the eastern Himalayas and southwestern China, related to raccoons, skunks and weasels. Slightly larger than a domestic cat, it has reddish-brown fur, a long, shaggy tail, and a waddling gait due to its shorter front legs. It feeds mainly on bamboo, but is omnivorous and may also eat eggs, birds, insects, and small mammals. It is a solitary animal, mainly active from dusk to dawn, and is largely sedentary during the day. 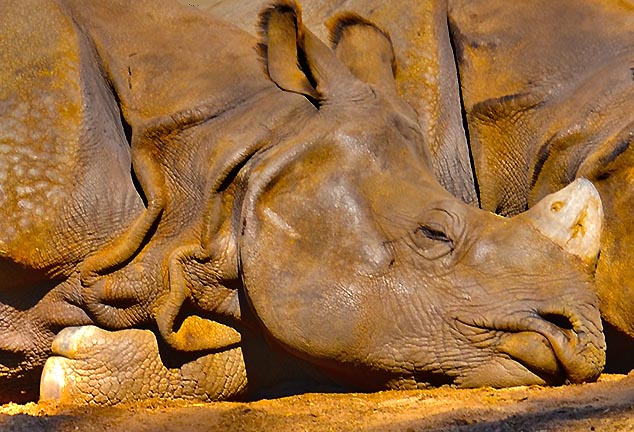 A one-horned Indian rhinoceros sleeping in the sun at the San Diego Zoo. Listed as a vulnerable species, the large mammal is primarily found in north-eastern India's Assam and in protected areas in the Terai of Nepal. Today, about 3,000 rhinos live in the wild, 2,000 of which are found in India's Assam alone. 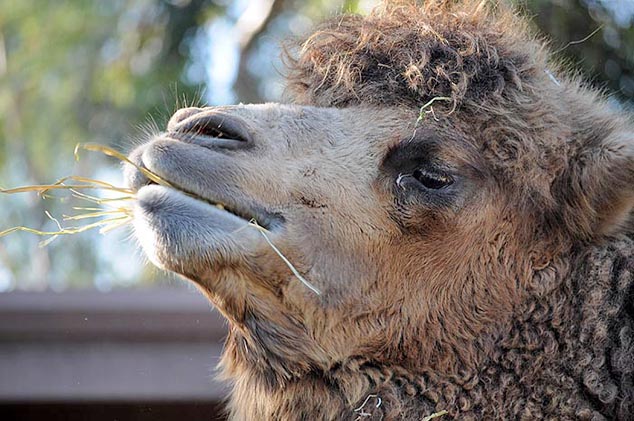 Camels were domesticated more than 3,000 years ago, and to this day, humans depend on them for transport across arid environments. They can easily carry an extra 200 pounds (90 kilograms) while walking 20 miles (32 km) a day in the harsh desert. They can travel as fast as horses but can also endure legendary periods of time without food or water. Humans have used camels for their wool, milk, meat, leather, and even dung that can be used for fuel. 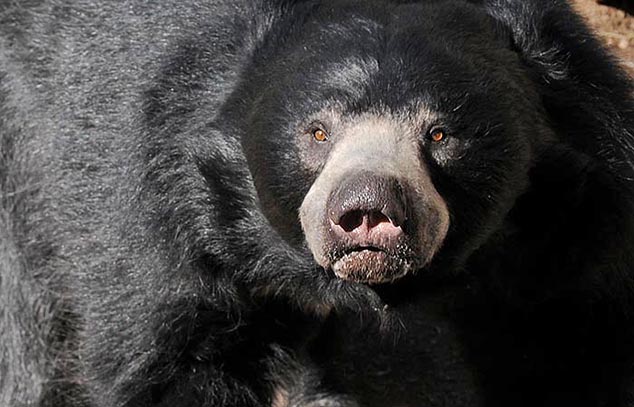 The sun bear is the smallest of the world's eight bear species, about half the size of the American black bear. Its name comes from the white or yellowish crescent marking on its chest, which many people think looks like the rising or setting sun. The sun bear's teeth are flatter than those of other bears, and their canine teeth are long enough to stick out a bit between their lips. Their ears are smaller and rounder than those of other bears, yet they can hear very well. They have a distinctive pigeon-toed walk, a clue to their arboreal lifestyle. 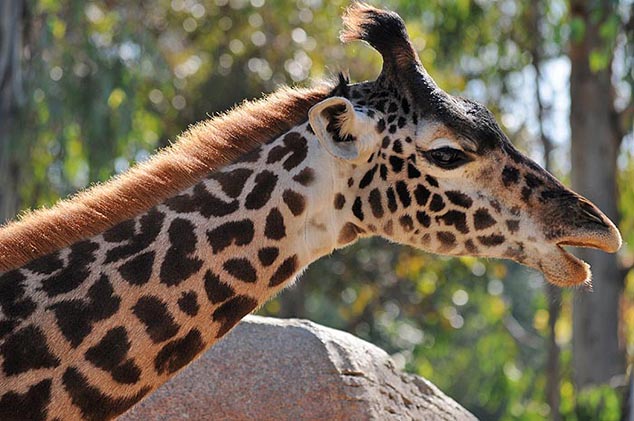 The giraffe is the tallest living terrestrial animal and the largest ruminant. It can stand 5–6 m (16–20 ft) tall and have a weight of 1,600 kg (3,500 lb) for males and 830 kg (1,800 lb) for females. The giraffe has intrigued various cultures, both ancient and modern, for its peculiar appearance, and has often been featured in paintings, books and cartoons.