As of the 2011, the estimated population of Skagway, Alaska was 981. However, the working population more than doubles in the summer tourist season to deal with the more than 900,000 visitors, mostly from cruise ships.

The port of Skagway is one of Alaska's most popular cruise ships ports, and the tourist trade is a big part of the business of Skagway.

The White Pass and Yukon Route narrow gauge railroad, part of the area's mining past, is now in operation purely for the tourist trade and runs throughout the summer months. 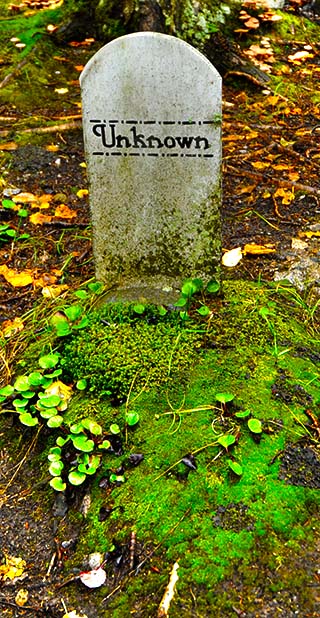 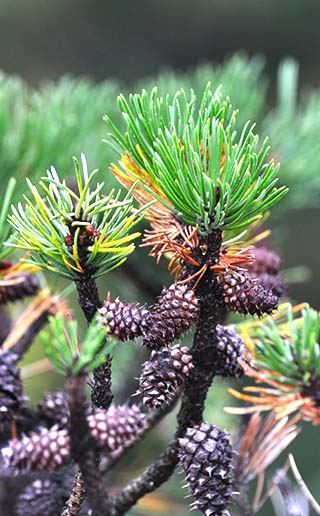 If you travel to Alaska one of the first things you'll notice is how green everything is. 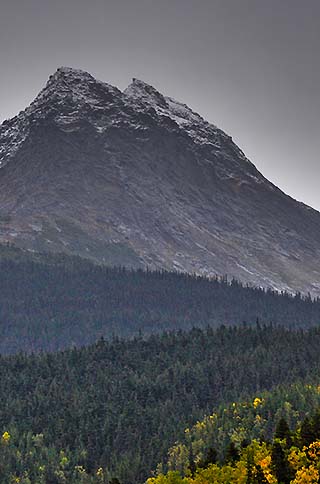 Skagway is surrounded by mountains. 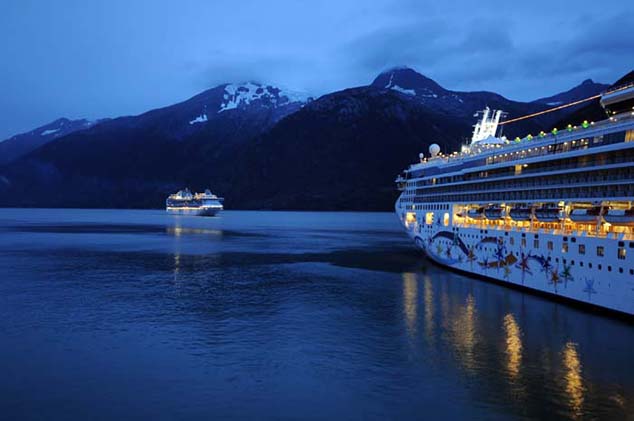 Surrounded by magnificent wild nature, Skagway is positioned at the head of a deep fjord making it an ideal stop for cruise ships sailing Alaska's Inside Passage. In fact, most of the tourists that visit Skagway arrive by cruise ships, either from Seattle, Washington or Vancouver, Canada. 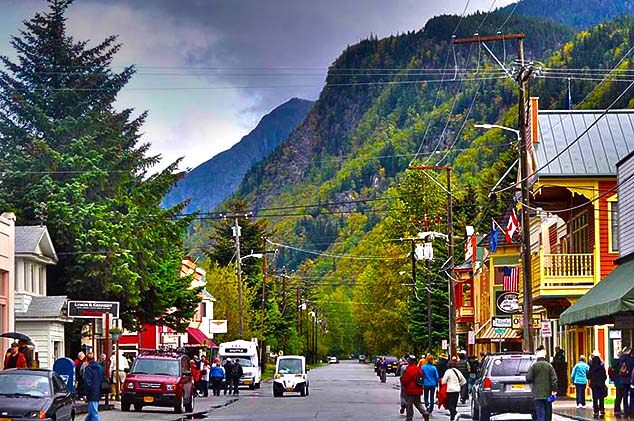 Skagway's Broadway Street stretches about one mile from the fjord where the cruise ships dock to the foothills of the mountains. On Broadway there's an array of tourist souvenirs, native/local crafts, jewelry stores, as well as a few restaurants. 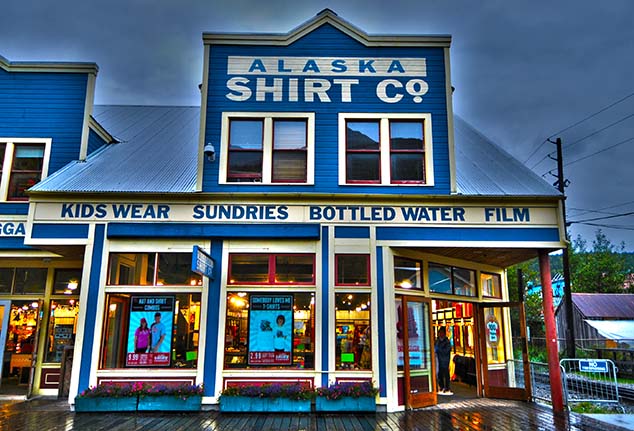 The busiest shops on Broadway Street in Skagway, Alaska are of course souvenir shops, with t-shirts and sweat shirts the most popular items. 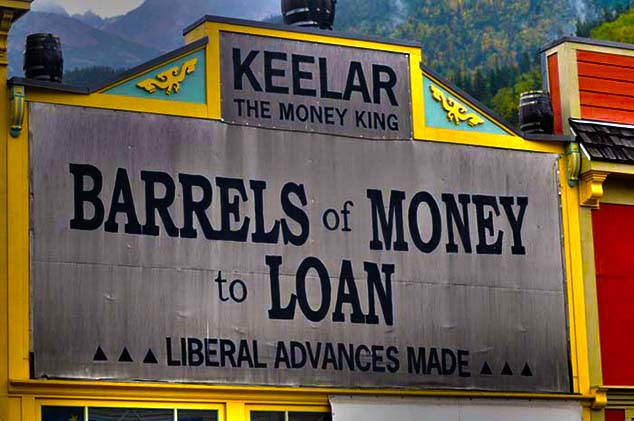 A classic sign in Skagway, no doubt seen by many prospectors during the Klondike gold rush in the late 19th century. 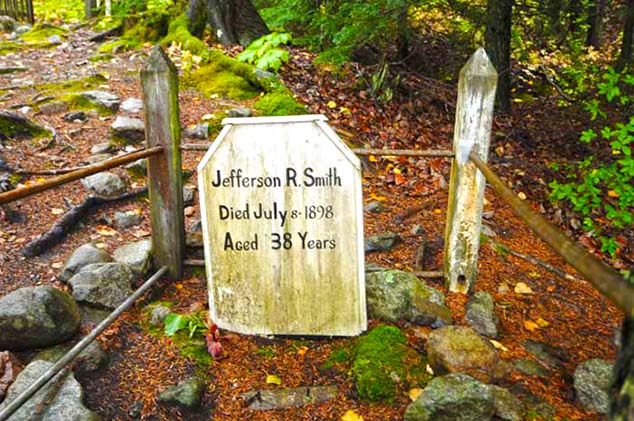 Between 1897-1898, Skagway was a lawless town, described by one member of the North-West Mounted Police as "little better than a hell on earth." Fights, prostitutes and liquor were ever-present on Skagway's streets. The most colorful resident of this period was bad man Jefferson Randolph "Soapy" Smith. Smith was shot and killed by Frank Reid and Jesse Murphy on July 8, 1898, in the famed Shootout on Juneau Wharf. This is his burial spot in Skagway's Boot Hill. 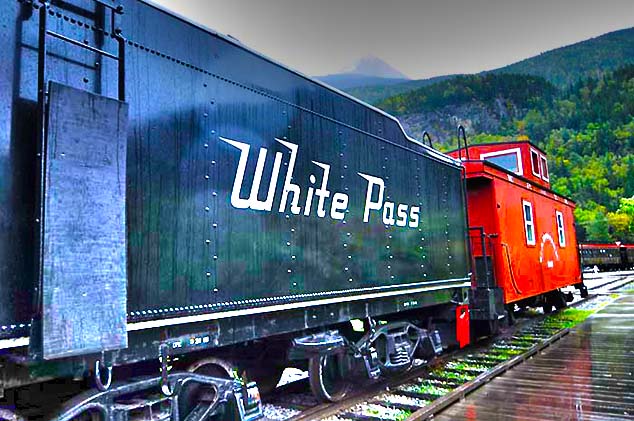 The White Pass & Yukon Railroad Company was initially used to expedite travel to the Klondike gold fields of the Yukon Territory. Although the railway is only used for sightseeing today, it was an engineering marvel in its day and now provides passengers a good idea of the labor involved in its construction. It's a stunning ride from sea level to almost 3,000 above Skagway, and a real worthwhile journey. 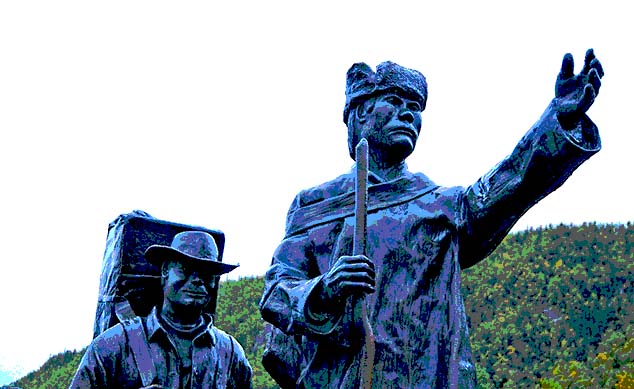 The Klondike gold rush changed everything in Skagway In 1896, gold was found in the Klondike region of Canada's Yukon Territory. On July 29, 1897, the steamer Queen docked at Moore's wharf with the first boat load of prospectors. More ships brought thousands of hopeful miners into the new town and prepared for the 500-mile journey to the gold fields in Canada. 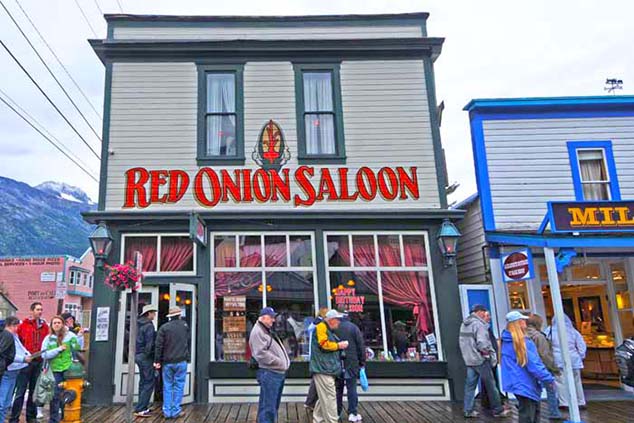 A visit to Skagway would not be complete without a stop at the Historic Red Onion Saloon. Located on the corner of 2nd & Broadway, the Red Onion is a favorite among visitors and locals alike. Built in 1897, the Red Onion Saloon operated as one the finest bordellos in Skagway and though times have changed, the spirit has not. Trust me when I say, you will enjoy your visit.